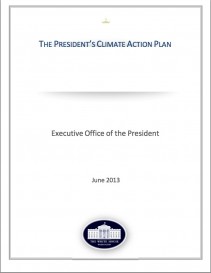 At 2 p.m. today at Georgetown University, President Barack Obama will deliver a much-touted speech on a new national policy to combat climate change.

He will not talk about Canada’s oil sands or the proposed Keystone XL pipeline. A presidential decision on a permit for the cross-border project is still months away.

Instead, he will announce that the Environmental Protection Agency will undertake writing new emissions rules for new and, most crucially, existing power plants. Electrical generation is the largest contributor to U.S. greenhouse gas emissions. (This is an executive branch rule-making process that does not require Congressional action. However, it could take years and be subject to lawsuits from industry.)

He will also announced an acceleration of permitting for clean energy projects — and for upgrading the electrical grid.

Obama will also offer an $8 billion loan guarantee for projects to mitigate carbon — including carbon capture and sequestration, a technology that is being developed and applied in Canada already. He will also call for new vehicle emissions standards that go beyond those he has already announced — and which Canada has also embraced . In addition, the president’s plan calls for developing strategies to protect the U.S. from the impacts of climate change, and to take a leadership role in international climate talks.

You can read the plan here:

And here is a fact sheet offered by the White House: