Opening Weekend: Single parents lose their grip in 'It's Not Me, I Swear!' and 'Lost Song' 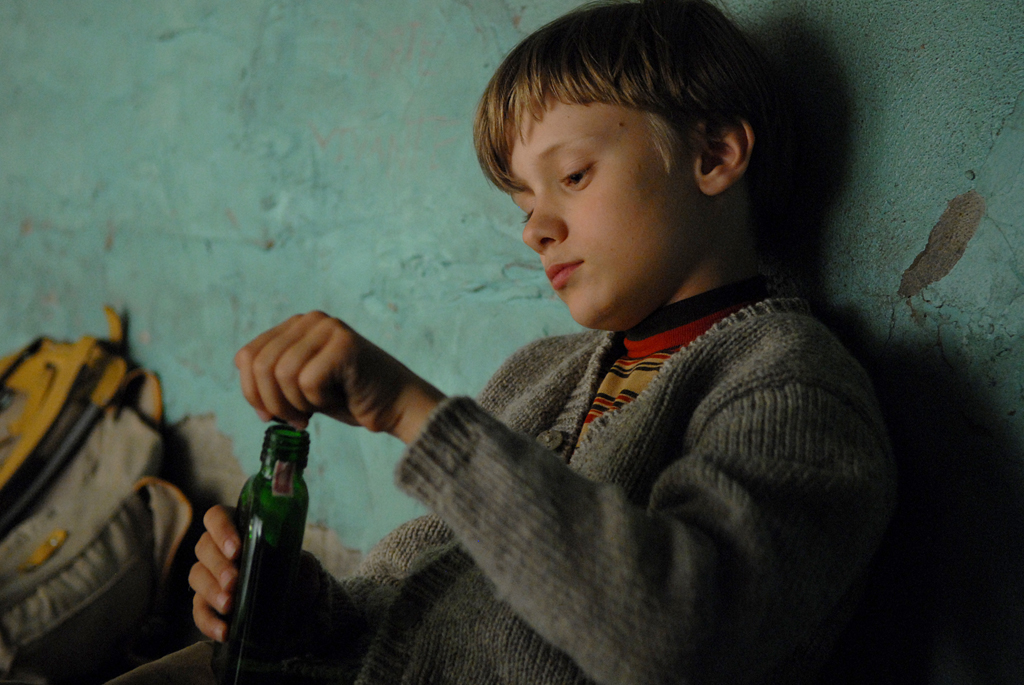 Antoine L'Ecuyer as a 10-year-old enfant terrible in 'It's Not Me I Swear!'

Now that the Oscars have come and gone, and we’ve observed the last rites for the 2008 movie season, we’re enjoying a brief window of indie opportunity before the spring launch of Hollywood’s summer blockbusters. And as the studio traffic eases up at the multiplex, this interlude is prime time for the release of Canadian films. We’ll see a bunch of them in English Canada over the next month, including Michael McGowan’s One Week, Brett Gaylor’s Rip: A Remix Manifesto, and Denis Villeneuve’s Polytechnique. Meanwhile, this weekend marks the Toronto release of two acclaimed Quebec dramas about dysfunctional families with single parents: Philippe Falardeau‘s C’est pas moi je, le jure (It’s Not Me, I Swear) and Rodrigue Jean‘s Lost Song. I saw both films last fall at the Toronto International Film Festival. Both found a place on TIFF’s 2008 top ten list, and Lost Song won TIFF’s prize for Best Canadian Feature. Among critics,  Falardeau’s film (which went on to take the Grand Prize at Berlin) created a lot more buzz than Rodrigue’s, and in my opinion it, not Lost Song, deserved the prize as the best Canadian feature at TIFF. But the tastes of juries tend to be even more perverse than the tastes of critics.

The two movies form a matched set of parental angst. Both involve mothers who aren’t up the the job of motherhood.  It’s Not Me, I Swear, which unfolds from the child’s viewpoint, the mother is a proto-feminist who blithely abandons her husband and 10-year-old boy to seek personal liberation in the Greek islands. In Lost Song, the mother is the protagonist: she suffers from depression, is neglected by her husband, and gets stuck with her baby and an overbearing mother-in-law at a summer cottage.  Both are exquisitely crafted films, so you can choose your fate according to which dysfunctional destination you prefer:

It’s Not Me, I Swear

Although set in 1968, this dark-humoured drama of delinquent youth seems suspended in the late 1950s, as if its suburban gothic enclave of French working-class Montreal hasn’t yet caught up to the outside world. world. For Léon, its 10-year-old protagonist—an enfant terrible played with stellar insouciance by Antoine L’Ecuyer—that world beckons from somewhere beyond the horizon, and he’s eager to discover it. But first, fueled by a theatrical flair for nihilism, he’s bent on destroying one he lives in. As his parents’ marriage disintegrates, Léon retreats into his imagination and acts out with increasingly outrageous behavior. His juvenile performance art includes a string of failed suicide attempts. And as Mom deserts the family for Greece, leaving a hapless dad to cope as a single parent, the boy invades the house of vacationing neighbours and literally tears it apart. We wath with vicarious relish. Meanwhile he develops a conspiratorial romance with Lea (Catherine Faucher), the all-too-perfect girl next door, and plots their escape.

The film elicits a wonderful mix of emotions. On the one hand, we feel a delightful complicity with Léon’s naive insurgency, and the imaginative forms it takes. As executed by L’Ecuyer in a performance that’s both incandescent and eerily poised, his mischief plays as the revolt of instinctive artist. On the other hand, there’s a sense of profound sense of melancholy as we empathize with with this lost boy as he stares in to a vacant culture and kicks through the ruins of his shattered family. Falardeau’s camera evokes a time and place with stunning authenticity. Although I was Leon’s age in the late 50s, and grew up in an unbroken home in suburban Toronto, not suburban Montreal, his vision seemed deeply familiar.

As a poetic tale of an outrageous artist-as-a-young-boy, It’s Not Me, I Swear is also reminiscent of Léolo, the wonderful 1992 film by the late Jean-Claude Lauzon. It’s not as ambitious in its vision or its virtuosity as Lauzon’s masterpiece, but on some level it seems to come from the same place, reminding us what is so special about Quebec cinema. 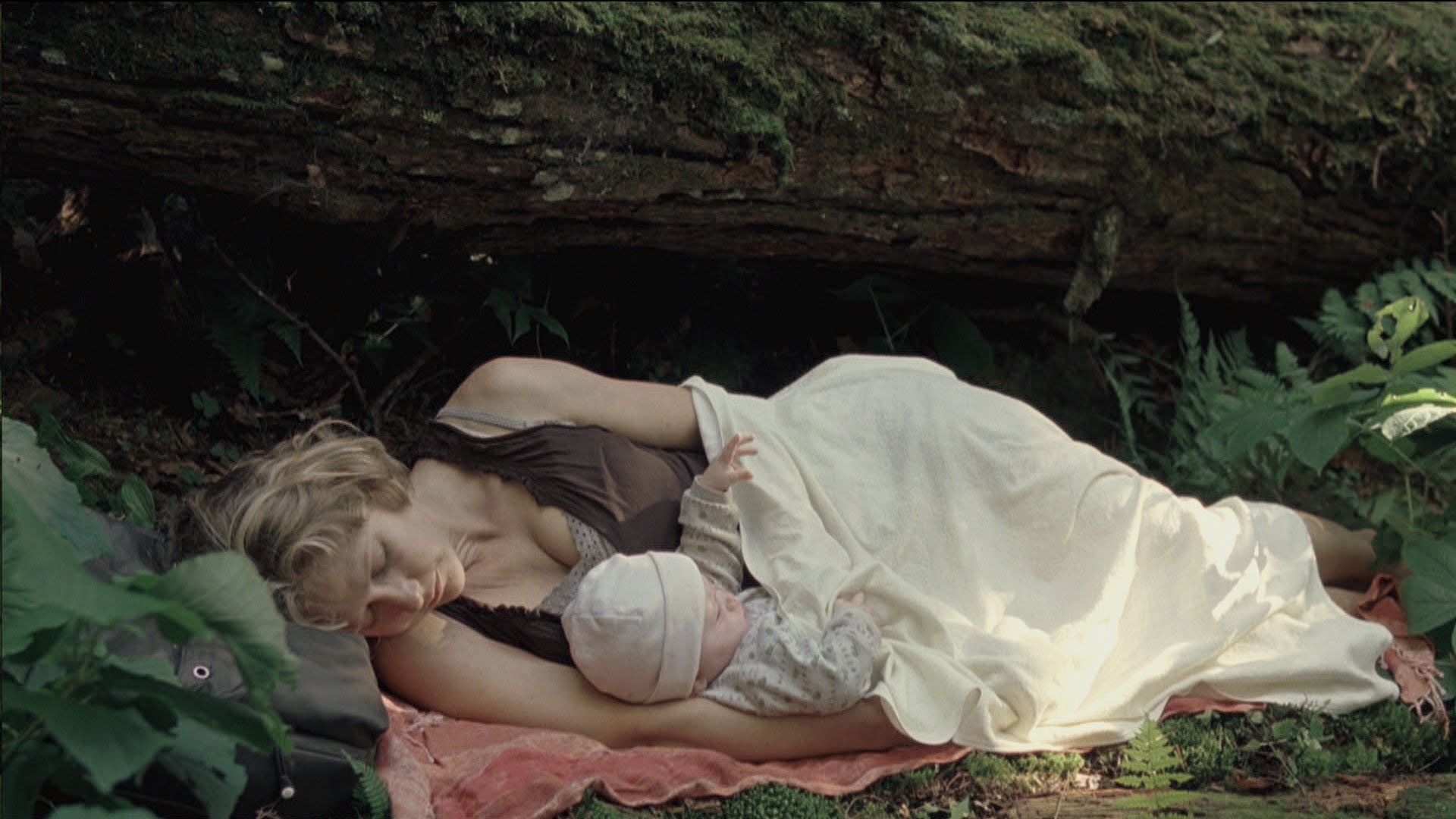 As for Lost Song, although it’s not as strong as Falardeau’s film, it’s lovingly crafted. Rodrigue Jean has a sensitive eye for lyrical beauty (just look at the composition of the scene above). And no denying the power and sensitivity of Suzie LeBlanc’s performance in the lead role, I found the script rather archly contrived, and the direction a bit heavy handed. Here’s what I wrote about Lost Song after it won the award at TIFF:

This story of a woman’s quiet descent into postpartum depression at a summer cottage in Quebec is, as the jury said in its citation, “a perfect marriage of character and landscape.” And as a mediation on dappled lake light and addled psychology, it’s beautifully composed, both austere and lyrical. However, I found it slow, morally schematic and dramatically slack. Suzie LeBlanc, an accomplished soprano, plays the lead role as a singer who has interrupted her career to have a child. But she’s surrounded by ciphers. As her character spirals into her a world of private torment, she is beset by an insensitive husband and an imperious mother-in-law—as if postpartum depression needs one-dimensional villains to establish its credentials.

The baby gets an extraordinary amount of screen time—I’m always impressed when a filmmaker decides to give an uncontrollable actor a supporting role. But in this half-submerged narrative, character and story takes a back seat to obtuse symbolism: director Rodrigue Jean shoots much of LeBlanc’s performance from the back of her head, as if we’re watching her unconsciously walk away from her life.