There is proof air strikes against ISIS are effective. So why do the Liberals want to end the combat role in Syria? 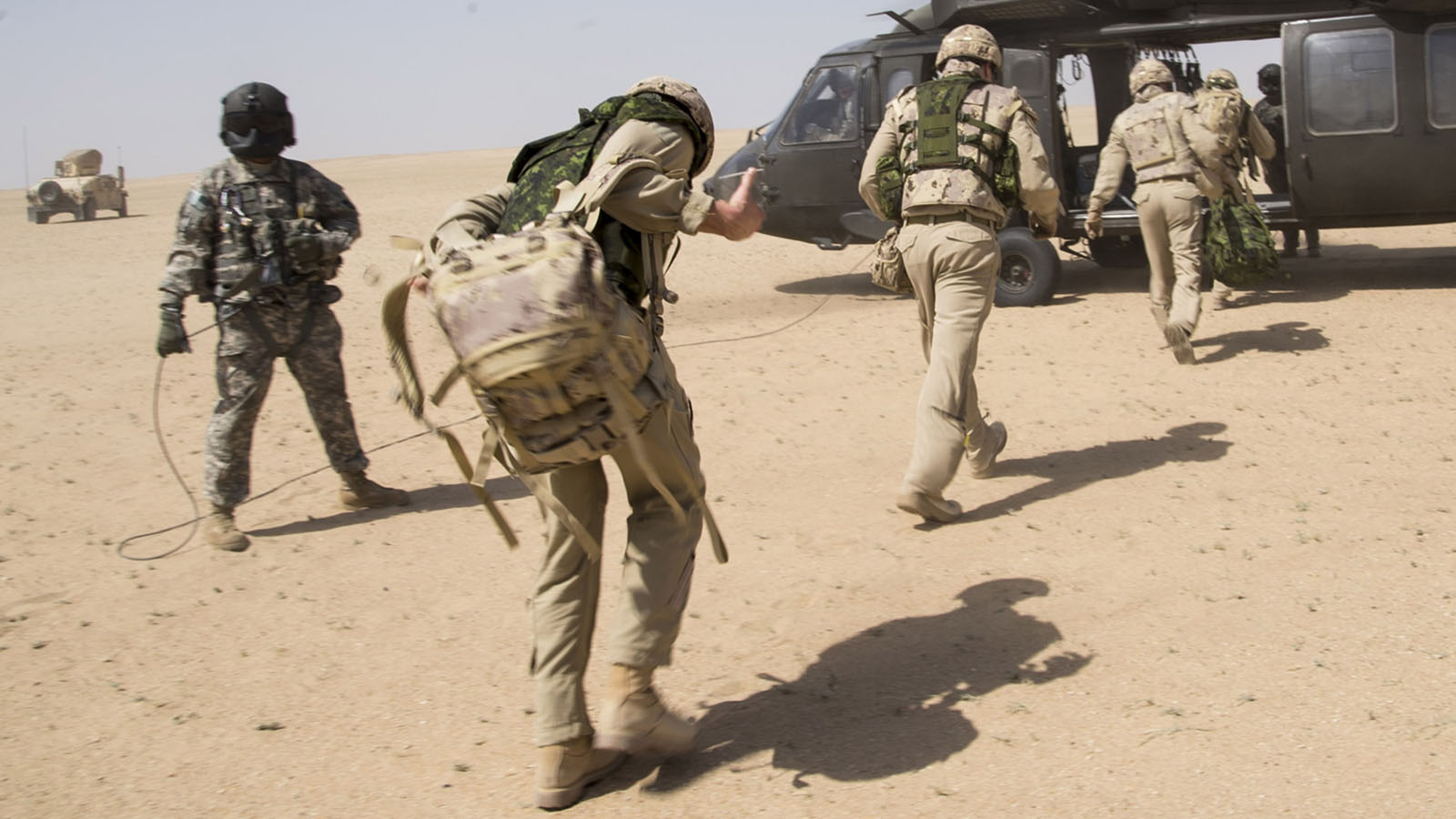 Immediately after Prime Minister Justin Trudeau’s new government was sworn in earlier this month, Minister of Innovation, Science and Economic Development Navdeep Bains announced the re-introduction of the mandatory long-form census previously binned by the Conservatives.

Here’s some evidence that Trudeau and his new foreign affairs minister, Stéphane Dion, might not have noticed: Today, Iraqi Kurdish fighters, backed by Yezidi militias and fighters from the Turkish Kurdish PKK, liberated the Iraqi town of Sinjar from the so-called Islamic State—a murderous Islamist group that controls large chunks of Syria and Iraq.

Islamic State’s advance into the town and surrounding villages more than a year ago was what triggered military intervention against it by the United States and several of its allies, including Canada. American President Barack Obama said at the time he was acting to prevent a potential genocide.

Islamic State members consider the Yezidis, whose faith draws from a mix of ancient beliefs, pagans and devil worshippers, and slaughtered them by the thousands. Women and girls were enslaved and raped. Survivors fled.

Yesterday, the United States Holocaust Memorial Museum, an institution that knows a thing or two about genocide, issued a report concluding that one had, in fact, been committed against the Yezidis, and that it is ongoing because of the continued enslavement of the Yezidi women and girls.

Naomi Kikoler, lead author of the report and, full disclosure, a friend, said during the report’s presentation that when conducting research in northern Iraq, she was reminded of her grandfather’s family that was wiped out during the Holocaust. Never again, the world had pledged after those horrors. What’s happened to the Yezidis, she said, testifies to our failure to keep our word.

Genocide can’t be reversed, and the liberation of Sinjar won’t free Islamic State’s Yezidi captives. But it’s justice just the same. It’s a symbolic victory in a struggle that has already claimed the lives of at least two Canadians: Sgt. Andrew Doiron of the Special Operations Regiment, who died in a friendly-fire incident while advising Iraqi Kurds in March; and John Gallagher, a former Canadian soldier who volunteered to fight with the Syrian Kurdish YPG and died fighting Islamic State this month.

By severing the major supply route between Islamic State-held Raqqa in Syria and its Iraqi stronghold of Mosul, the capture of Sinjar is a strategic victory, also.

Which brings us back to Navdeep Bains and the Trudeau government’s declared dedication to evidence-based policy.

“Ten years ago, we learnt through the first Iraq war what happens when Western troops get involved in combat . . . It doesn’t necessarily lead to the kinds of outcomes people would responsibly like to see,” Trudeau told the CBC this summer, by way of justifying his plans to end Canada’s participation in the air war against Islamic State. The Conservative government, Trudeau continued, had failed “to demonstrate why the best mission for Canada is to participate in a bombing mission.”

It’s worth pausing to unpack Trudeau’s conception of combat, because the distinction between combat and non-combat is one Trudeau has often referenced. There’s a clear line between the two, he told Parliament this year. “It is much easier to cross that line than to cross back.”

Trudeau says he believes Canada should have a non-combat role in the fight against Islamic State—by which he means training. On the ground, however, Canadian soldiers at times conduct their “training” on or near the front lines. They’ve exchanged gunfire with Islamic State and called in air strikes against it. Trudeau has vowed to expand Canada’s training mission. But if he is genuinely opposed to a Canadian combat role against Islamic State, he’s gong to have to overhaul it, as well.

But let’s play along and pretend there is something qualitatively different between dropping bombs on Islamic State’s ethnic cleansers and child rapists, and targeting them from the ground so someone can do so. Let’s also pretend, as the Liberals do, that the surveillance and refuelling planes Canada has committed to the mission are more involved in combat than our special forces on the ground and, therefore, must be withdrawn, too. Let’s pretend, in other words, that Trudeau’s promise to end Canada’s air mission, while leaving soldiers on the ground, is consistent with his commitment to a non-combat role against Islamic State, and judge that commitment on its merits.

Trudeau said past evidence—the Iraq war and the combat mission in Libya (which the Liberal party backed unanimously)—demonstrates the often-negative consequences of Western military intervention. Whether the consequences of stopping Libyan dictator Moammar Gadhafi’s assault on Libyans, or overthrowing Iraqi mass murderer Saddam Hussein, were as uniformly negative as Trudeau seems to suggest is debatable.

But there is much more recent, relevant and compelling evidence staring Trudeau in the face—if he would only choose to acknowledge it. Sinjar has been liberated with the help of Western air strikes. Canadian pilots, not yet withdrawn from the war, took part—an accomplishment of which they should feel forever proud.

Like Kobani before it, and like many other formerly Islamic State-held towns and villages, Sinjar fell to a combination of local and Western combat forces.

It is no longer enough for Trudeau to claim that combat is not a particularly useful role for Canadians in Iraq and Syria, nor to argue that air strikes don’t necessarily lead to the kinds of outcomes we would want—because that is manifestly not the case. Air strikes are effective. Sinjar, the once-black heart of Islamic State’s genocide against the Yezidis, is free, in part, because of them.

And if Trudeau can’t claim that Canada dropping bombs on the génocidaires of Islamic State is ineffective, he must explain why it is wrong. That is a harder task. I want to believe that, deep down, Trudeau knows it is an impossible one.

He took a position to end Canada’s combat role against Islamic State before he was Prime Minister, when he didn’t have the political capital to spend that he does now. Those who supported him because of that promise will likely forgive him well before the next federal election, if he breaks it. But if he doesn’t, if he pulls Canada out of this fight, the moral stain—on his record and perhaps on his conscience—will persist long after he leaves office.