How do you know when to get screened for breast cancer? 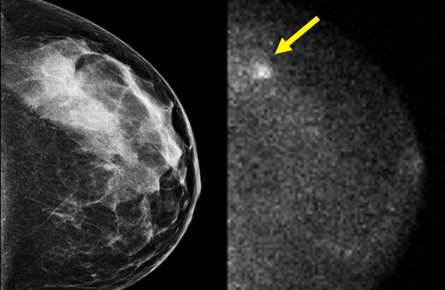 The Statement: “The benefits of mammography are going to depend a lot on what your underlying risk is, and the current guidelines look only at age… I think that, other things being equal, it’s reasonable for a patient and their doctor at that point to say, ‘we’re going to put off the next mammogram until age 50.’” (Dr. John Schousboe, 07/06/2011)

Dr. John Schousboe, of the Park Nicollet Clinic in Minnesota, is speaking here about a new health- and cost-effectiveness analysis of mammography (breast x-rays) he co-authored, which was published in the Annals of Internal Medicine. The study suggests that risk factors other than age—breast density, family history, and history of breast biopsy—should also be taken into account when determining who should be screened regularly.

Media outlets reported his findings below know-it-all headlines such as “Fewer mammograms needed for low-risk women,” surely adding to the confusion around when to get screened. In the last few weeks alone, other news reports have trumpeted the benefits of having the breasts squished down to pancakes at regular intervals, suggesting mammograms are “even better at preventing deaths than believed.” And radiologists south of the border have been at odds with those in Canada since the U.S. Preventive Services Task Force—an independent panel of non-federal experts in prevention—reported that annual mammograms are not necessary for most women aged 40 to 49. (Right now, in the U.S., women are screened yearly starting at age 40, whereas Health Canada is already in line with the Task Force, recommending screening for women between the ages of 50 and 69 every two years.)

So what to make of Dr. Schousboe’s new study and the suggestion that low-risk women should be screened less?

We contacted Dr. Karsten Juhl Jørgensen, a breast cancer researcher at the esteemed Nordic Cochrane Centre in Denmark (part of the Cochrane Collaboration). He felt that Dr. Schousboe should be commended for raising the question about whether it is feasible to keep screening everyone, regardless of risk factors. But Dr. Jørgensen cautioned that, “As with all model calculations, assumptions have been made that are not based on solid evidence, and human costs cannot meaningfully be fully incorporated into cost-benefit analyses.”

One such piece of evidence is a 2011 systematic review in the Cochrane Database about screening for breast cancer, which found that while mammography leads to a reduction in breast cancer mortality of 15 per cent, it also has a 30 per cent rate of over-diagnosis and over-treatment. This means that for every 2,000 women invited for screening over 10 years, “one will have her life prolonged and 10 healthy women, who would not have been diagnosed if there had not been screening, will be treated unnecessarily.” These women are subjected to unnecessary scares, surgeries, and radiotherapy.

Another issue with Dr. Schousboe’s study is the difficulty in calculating the human costs of over-diagnosis. “Screening mammography turns thousands of perfectly healthy women into breast cancer patients needlessly,” noted Dr. Jørgensen. “Even with the low estimate of over-diagnosis in this study—10 per cent—and assuming a 15 per cent reduction in breast cancer mortality, three times as many women are over-diagnosed as are benefiting from screening.”

The authors also seem to take for granted that the benefit of screening will be larger for women with known risk factors for the disease. Randomized trials of screening mammography have not looked at the correlation between, for example, family history and the benefit of screening. Said Dr. Jørgensen, “Basically, we do not know specifically who benefited, and you could argue that those with a family history and other risk factors would be more likely to have particularly aggressive cancers. Screening is particularly poor at detecting aggressive, fast growing cancers, as these are more likely to ‘slip through the screen’. In other words, the effect could be coming from slow growing cancers found in women without a family history of breast cancer, in whom most breast cancers do occur.”

Gerd Gigerenzer, the author of Calculated Risks and director at the Max Planck Institute for Human Development in Berlin, was equally skeptical about risk-based screening. “While it is generally a good idea to differentiate between groups of patients based on risk, for mammography, there is evidence that (screening) reduces breast-cancer deaths, but not total cancer deaths or total mortality.” This is important because multiple cancers often co-exist, and it can be unclear which one was the cause of death. He added: “And there is the ethical problem that this fact is almost never communicated to the public.”

So what should women do? First, Dr. Jørgensen says, “Women should be honestly informed about the trade-off that they are agreeing to by participating in mammography screening. That does not happen today.” Dr. Steven Narod, the Canada Research Chair in Breast Cancer, told Science-ish that they should also be aware of the big three risk factors for breast cancer: family history of breast cancer, high mammographic density, and a history of breast biopsy. These women should make a point of talking to their doctors about when to get screened. For everybody else, Dr. Narod recommends a yearly physical examination and an annual or biennial mammogram only after the age of 50.