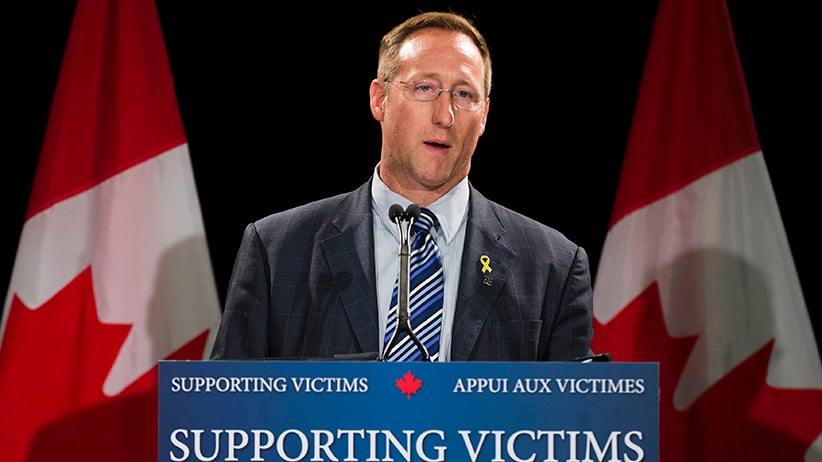 OTTAWA —The federal information commissioner says the Conservative government is setting a “perilous precedent” by retroactively rewriting the law to absolve the RCMP of wrongdoing.

Suzanne Legault tabled a special report in Parliament on Thursday revealing that she recommended almost two months ago that charges be laid against the RCMP for its role in withholding and destroying gun registry data.

But instead of Justice Minister Peter MacKay moving on the recommendation to lay charges, the Harper government rewrote the law, backdated the changes and buried the amendment in an omnibus budget bill last week.

And she’s going to Federal Court in an effort to preserve the rights of the complainant in the case, who had been seeking copies of the now-defunct, long-gun registry.

In a letter to the Speakers of both the House of Commons and the Senate, Legault said she was submitting her special report “in the hopes that parliamentarians will carefully consider the implications of Bill C-59,” the omnibus budget implementation bill.

The RCMP responded to the report by stating it felt it had fully complied with provisions of the Access to Information Act.

“The RCMP would vigorously defend against any accusation of unlawful conduct in respect of the handling of this Access to Information request,” spokesman Sgt. Harold Pfleiderer said in an email.

Under the provisions in Bill C-59, the Mounties won’t have to defend anything.

The omnibus budget bill exempts any “request, complaint, investigation, application, judicial review, appeal or other proceeding under the Access to Information Act or the Privacy Act,” related to those old records.

No charges have ever been laid under the Access to Information Act, let alone convictions, despite past findings of blatant and illegal political interference in the workings of the system designed to inform Canadians about the activities of their government.

Prime Minister Stephen Harper said the Mounties were just obeying the will of his Conservative majority government.

“The government, the Parliament of Canada, has already decided to abolish the long-gun registry,” Harper said at an event in Windsor, Ont. “The RCMP have acted fully within Parliament’s intention in destroying the data in the long gun registry.”

Harper asserted that the dispute is over contradictions between the Access to Information Act and his government’s legislation to end the long gun registry. That is not the case.

In fact, the dispute revolves around the RCMP refusing to disclose gun registry data while the Conservative bill was still being debated and not yet law.

Nonetheless, the Conservative move will be popular with gun advocates.

The complainant in the case had been seeking a complete list of the long-gun registry data _ with names and other personal identifiers redacted under the Privacy Act.

Legault found that when the RCMP eventually delivered the more than eight million files, it had deleted some categories of information that should have been provided under the Access to Information Act.