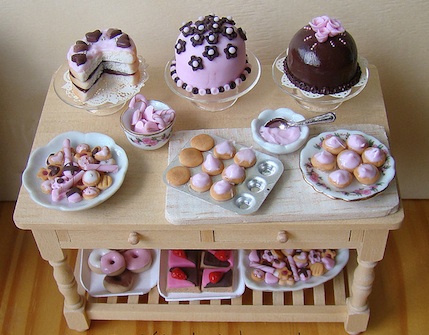 “New research coming out of some of America’s most respected institutions is starting to find that sugar … is a toxin and could be a driving force behind some of this country’s leading killers, including heart disease.”—Dr. Sanjay Gupta, 60 Minutes

Exactly a year has passed since the New York Times published the now infamous article “Is Sugar Toxic?” and the debates about the evils of the sweet stuff show no sign of slowing to a molasses crawl. In fact, it seems, sugar has run ahead of other evil foods to become the number one edible enemy.

Some, like journalist Gary Taubes, author of the Times article, think sugar is the cause of the obesity crisis. In February, a commentary published in Nature summed up the reasons why we should wage a war on sugar. Co-authored by California endocrinologist Dr. Robert Lustig, it pointed out that we’ve never consumed so much added sugar in human history, that consumption of sugar—half fructose, half glucose—seems to trigger processes that lead to liver toxicity and other chronic diseases, and these diseases are linked to obesity, so if we want to protect public health, we should tax and regulate sugar like we do alcohol and other toxins.

Since the Nature piece ran, some 2,000 articles have been published on the toxic sugar thesis (many of which confused Lustig’s commentary with actual primary research). Most recently, a one-sided documentary on 60 Minutes, broadcast a few weeks ago, examined Lustig’s case and made a compelling argument for clamping down on sugar to battle obesity.

But amid the noise, Science-ish wondered about the soundness of the actual science, and what’s really behind the sugar war.

Dr. Dariush Mozaffarian, associate professor of medicine and epidemiology at Harvard Medical School, told Science-ish the anti-sugar crusaders are mostly concerned with fructose. “Fructose specifically, not sugar in general, activates de novo lipogenesis—or DNL—in the liver more directly than other sugars and carbohydrates.” DNL is simply the process by which our body turns carbs into fat, and with fructose, like alcohol and unlike other sugars, this occurs in the liver. This is part of the reason why people like Taubes and Lustig make the ‘sugar is toxic’ argument.

But while there are these physiological reasons to believe that fructose could be a bit worse for the body than other sugars, the relevance of this is not yet established in humans. We only know about these effects in rats and mice. Moreover, Mozaffarian said there is little evidence that the metabolic effects of simple sugars (like sucrose, which contains fructose and glucose) are any different from complex carbs or starches (long chains of glucose). “All these are refined carbohydrates, and their harmful effects appear to be quite similar.”

New York University public health professor and writer Marion Nestle illustrated the practical relevance of this science in her new book, Why Calories Count. “Carbohydrate calories,” she writes, “are no different from any other type, although the body appears to have more difficulty regulating the intake of liquid sugars in general and metabolizing large amounts of fructose sugar in particular. Excessive fructose is metabolized differently than glucose, and the difference may induce harm.” (Italics are Science-ish‘s emphasis.) She goes on: “We have no doubt that cutting down on sugars and rapidly absorbable starches is an effective way for many people to reduce their calorie intake, resolve issues related to insulin spikes, and maybe even lose weight.” So the jury is still out on the extent to which sugar is more harmful or “toxic” than other foods, but we can all agree eating less of it is probably a good idea. Duh.

Mozaffarian actually looked at the effects of different foods on the body in a New England Journal of Medicine prospective cohort study, and found that the weight gain linked to sweets and desserts was identical to that of refined grains. Eating potatoes was actually associated with the most weight gain. “So, overall, eating a bowl of Skittles may not be very different from eating a bagel, other refined breads, or most breakfast cereals.” Of course, with such studies, causation and correlation should not be confused. But if we want to enact a policy based on science, this suggests we’d need to tax bread in the same way we would tax candy.

Taking candy away from kids

Science-ish reached out to one of Lustig’s co-authors on the Nature article, Dr. Laura Schmidt (Ph.D.) of the University of California, San Francisco. She sounded like a woman trying to deprive kids of candy for suggesting a sugar tax when she told Science-ish, “Most days, when I’m not getting hate mail, I wake up feeling good that we started a debate.” Though the scientific basis for her argument against sugar is still murky, she makes a compelling public policy case. “I’m interested in policies that nudge people toward healthier options and make healthier options available,” she explained. “If you have a substance with abuse potential, which I believe sugar has, and it’s a substance that is consumed in excess, that people make a lot of money off of, that saturates the environment—sugar qualifies on this front like alcohol and tobacco—then there is a mandate on government to protect public health.”

But as Dr. Christopher Gardner (Ph.D.), a professor at Stanford University who studies these issues, put it: “Can sugar kill you? Sure. But so can water if you have too much of it.” More harmful than the sweet stuff may actually be this practice of singling out a food as public health enemy number one. “If you look at all the data, the trend in the U.S. for the last 30 years has been that the daily intake of calories has gone up, and that’s been mostly from carbs. Most of the carbs have been sugar—added sugar,” said Gardner. A lot of this added sugar was piled on us as a response to the low-fat movement. “When we started making things low fat, that compromised the flavour so we added sugar. That met the public demand for lower fat.”

So scientists’ nascent theories and soundbites about the evils of fat reshaped the market and how we eat. As Gardner said, “It backfired and bit us in the rear end.” And our rear ends expanded.

We still don’t really know whether low fat, low carb, or high protein diets are better for managing weight. All the studies we have that compare diets have pretty indiscernible outcomes. Plus, diet studies are notoriously flawed. They mostly rely on self-reporting, which people are bad at. More useful, long-term studies are often too expensive to conduct, and prospective cohort studies, which look back at different groups of people with different diets and compare them, have all kinds of confounding variables that make it near impossible to isolate the impact of specific foods.  (People who eat more olive oil or yogurt, for example, may be healthier than people who don’t because they’re wealthier and more health-conscious in general, not because of any beneficial effects of olive oil or yogurt.)

The toxic sugar hypothesis is an interesting one to ponder, but it’s still just that: a hypothesis. And, as Canadian obesity researcher Dr. Arya Sharma points out on his blog, it’s only one small part of the very complex obesity dilemma. So for now the sugar war is another lesson on the complexities of studying diet and the risks of over-interpreting emerging science, especially when the scientists themselves have something to sell. As Lustig told Science-ish, when asked for an interview, “I have been issued a ‘gag’ order from my publisher to not do any more interviews until my book is released at the end of December.” The title: Fat Chance: beating the odds against sugar, processed food, obesity, and disease. With sugar firmly ensconced as the food enemy du jour, it’s highly likely Lustig’s books will slide off the bookshelves like maple syrup.