it's official - you are a worse parent than kevin federline

By now you’ve probably heard that, come Father’s Day weekend, a Las Vegas nightclub will formally confer on Kevin Federline the title of Father of the Year. By all accounts it was a close vote but K-Fed managed to edge out O.J. Simpson, This Ball of String I Found In My Pocket and the sand goby fish, which devours approximately one-third of its offspring.

The former Mr. Spears has agreed to accept the honour in person after organizers acceded to his one demand: that the “trophy” be one of those little football helmets you used to get sundaes in at Dairy Queen. Those were awesome!

The club has also agreed to provide a Teleprompter that will scroll the text of K-Fed’s acceptance speech:

The key to being a wicked-good father is –

[spills drink on self]

No seriously, the key is –

Dudes, do you see what that chick is – Woooooo-hooooooooo!

That’s what I’m talking about!

You want to know who should be Father of the Year? Joe Simpson should be Father of the Year. Not since Lindsay Lohan’s mom has there been a celebrity parent who dotes upon his children so lovingly financially. Jessica and Ashlee are such lucky ducks – how I dearly wish my own father/manager cared enough about me to license photographic rights to my wedding to a tabloid and pocket only a very reasonable 10% of the kitty, plus expenses. (Sure, at $7-million, Joe’s self-winking eye – seen below – was a significant capital expenditure for the family. But 30% of being a showbiz manager is winking, and now that’s taken care of, freeing Joe to focus entirely on the other 70% – doing blow.) 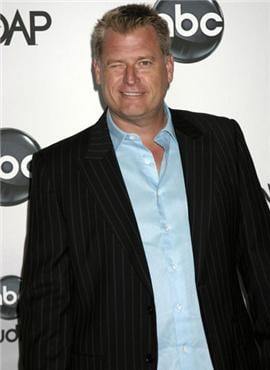 Yes, Joe is a bit of a control freak, even going so far as to travel with Jessica and her boyfriend, Tony Romo, on their “romantic” getaway to Mexico. (In his defence, that foreplay wasn’t going to manage itself.) And yes, Joe’s catching some flak right now for trying to sell the story of Jessica and Tony’s engagement and wedding to the tabs, even though they’re not actually engaged. And yes, he’s known for publicly touting the virtues of his eldest daughter’s rack, such as when he proclaimed: “[Jessica] is just sexy. If you put her in a T-shirt or you put her in a bustier, she’s sexy in both. She’s got double Ds! You can’t cover those suckers up!”

(I know mine are only Bs, Dad – but would it have killed you to say a few nice words in GQ about them?)

As Joe so eloquently told a reporter: “In this business, where people can quickly turn on you, who better than a parent to be working for his children? I work hard seven days a week for my girls because I love them. Why in the world would I ever want to do anything that would hurt my children?”

He then let the reporter touch Jessica Simpson’s left boobie for $5.

FILED UNDER: fathers who know their daughter's cup size