Joaquin and the Black Swan—two TIFF tales of showbiz meltdown

Whether faked or real, the Phoenix doc is a harrowing snuff film of career suicide

It’s Day 2. And I’m already reeling. This afternoon I tried to interview Kat Dennings, who sat across from me in monumental heels and a scarlet dress with a plunging neckline and said that she, unlike the seductress she plays in Daydream Nation, would never dream of using her feminine wiles to get ahead. Moments later, in a hotel room down the hall, I watched a gregarious Javier Bardem spill his water bottle onto the table, almost drowning a tape recorder, as he talked about his role as a clairvoyant hustler dying of cancer in Biutiful. And those were the moments of relative sanity. In the past two days, I’ve seen lives monstrously shattered in one movie after another—from the self-mutilating ballerina played Natalie Portman in Black Swan to the trio of doomed innocents played by Keira Knightley, Carey Mulligan and Andrew Garfield in Never Let Me Go.

Darren Aronofsky’s Black Swan is a total trip, a giddy melodrama that plays like a pas de deux between All About Eve and The Red Shoes choreographed by David Cronenberg.  Led by a sensational performance from  Portman, it’s a glorious backstage tale of showbiz self-destruction. You could could say something similar  about I’m Still Here, the utterly mystifying documentary about Joaquin Phoenix directed by his brother-in-law, Casey Affleck. But while Black Swan is exhilarating, the Phoenix movie is terribly sad, a voyeurist mudbath that makes you want to take a shower, with a loofa. 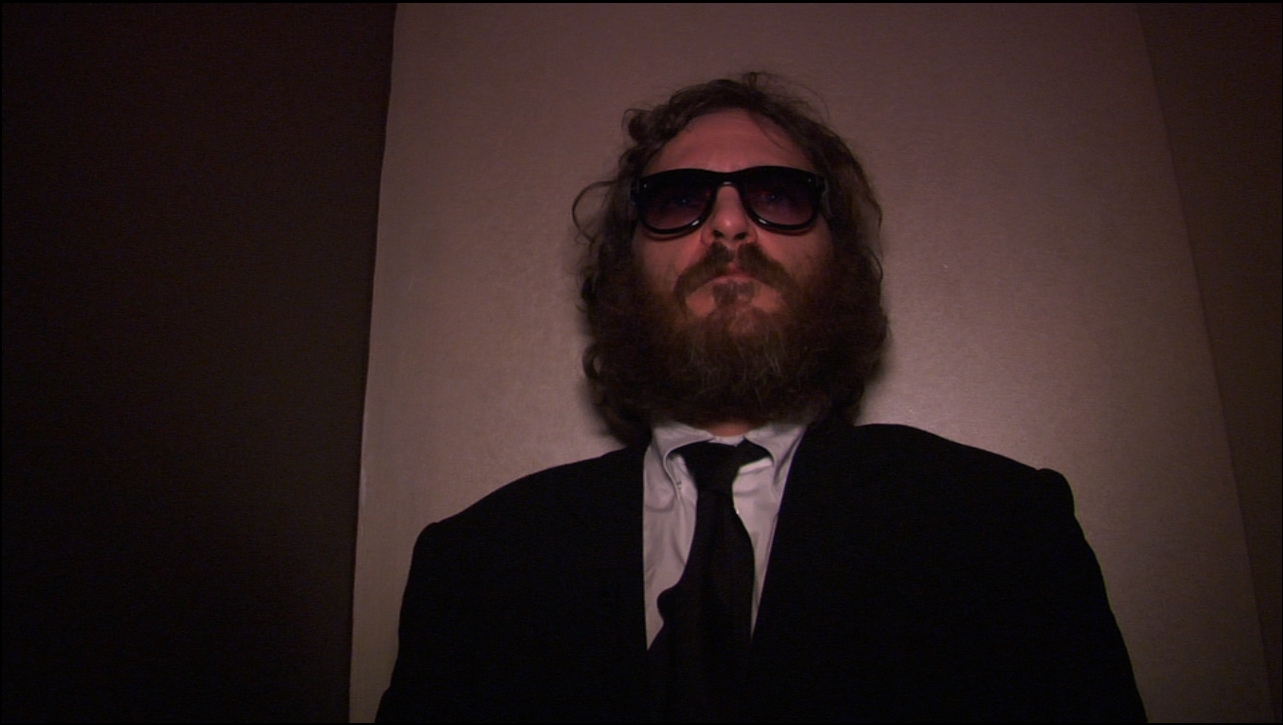 Ever since we saw Joaquin make a fool of himself on Letterman, we’ve been waiting for this film, hoping it might provide some answers. Is Joaquin’s career suicide the real thing, or is it a hoax? After seeing the film, I have to say that the verdict is still out. But among the critics arguing on the sidewalk in front of the theatre afterwards, the consensus was that what we saw was too ugly and harrowing to be a complete hoax. At best it might be a combination of verité documentary and twisted performance art. Even if it’s pure documentary, there’s still a large element of contrivance and set-up—as suggested by the closing credits, which resemble those of a fictional drama and proclaim that the film was produced and written by Affleck and Phoenix. Either way, phony or real, it’s like watching a snuff film of career suicide. It’s also a compelling portrait of celebrity as pathology. This is the cinematic equivalent the car wreck you can’t help slowing down to watch.

I’m Still Here is amusing for a while, in a sick way. Phoenix, ranting like a spoiled brat, pulls the plug on his acting career, saying his “artistic output thus far has been fraudulent.” He says he no longer wants to be “this dumb f–king puppet . . . My purpose on this earth is not to interpret somebody else’s words, it’s to express what’s inside of me.” And that, it seems, is a toxic cocktail of  bile and dumb-assed revelation. He smokes joints, snorts lines, strews f-bombs as he berates his two long-suffering handlers, in a kind of S&M answer to celebrity entitlement. As Phoenix struggles to launch his hapless hip hop career, he courts  Sean “Puff Daddy” Combs, and the star is transformed into craven wannabe, while Combs looks on in deadpan consternation.

But what we’re hoping is a mockumentary morphs into a sad requiem as Phoenix, increasingly stoned and deluded, laments what he’s become: “I’m just going to be a f–king joke forever—I’ve f–ked my life!” I was inclined to believe him. And the scenes of vomiting and defecation seem all too real. As I mentioned to a colleague, paraphrasing This is Spinal Tap, “You can’t fake vomit.” Then again, as my colleague pointed out, you can. So now we wait for what happens next. Will Joaquin shave off the beard and say it was all a scam? Who knows? But if this was just play-acting, he’s taken the Method beyond the pale. If it’s really a hoax, and he comes out of it with his mind and career intact (fat chance), I suppose he deserves an Oscar nomination. That’s what we do at TIFF: everyone is part of a big scouting party for Oscar hopefuls. So far I’ve seen at least four surefire nominations: Carey Mulligan in Never Let Me Go, Hilary Swank in Conviction, Javier Bardem in Biutiful, and Natalie Portman in Black Swan—not to mention likely nods for Paul Giammati, Dustin Hoffman and Rosamund Pike in Barney’s Version As for Joaquin, his career suicide was a joke at last year’s Oscars, thanks to Ben Stiller in a ZZ Top beard. But now it looks like just another nasty showbiz accident. And to complete the circle, although the star of I’m Still Here does not appear to be here, one of the first “celebrities” to generate publicity at TIFF on opening day was a Joaquin lookalike.