'These three companies lied to their customers for 50 years and hurt their right to life,' lawyer says 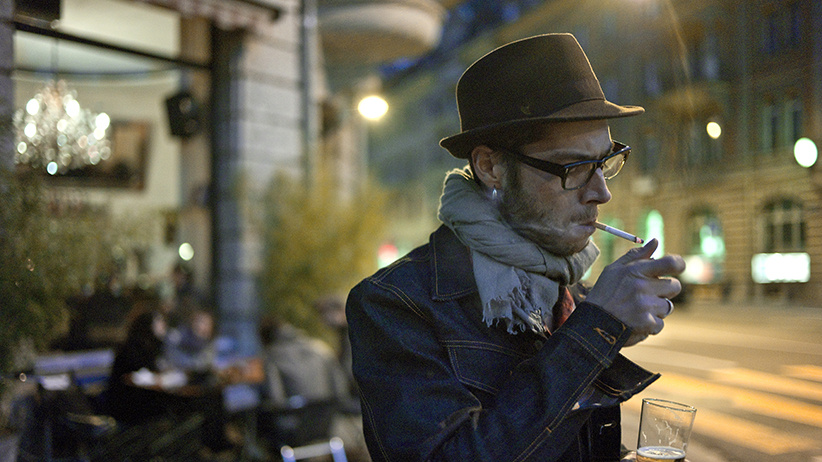 MONTREAL — In a ruling described as “historic” by one lawyer, a Quebec judge has ordered three major cigarette companies to pay $15 billion to smokers in what is believed to be the biggest class-action lawsuit ever seen in Canada.

“These three companies lied to their customers for 50 years and hurt their right to life,” Andre Lesperance, one of the lawyers involved in the case, said Monday. “It’s a great victory for victims as well as for society in general.”

For Lise Blais, the judgment was bittersweet.

One of the two lawsuits that eventually merged into one was filed by her husband, Jean-Yves Blais, shortly before he died of lung cancer in September 2012 at the age of 68.

The widow attended a news conference in Montreal after the ruling was handed down and she urged people to quit smoking.

“Your health is completely lost,” she said as she clutched photos of her late husband.

I waited every year (for a judgment) — for 17 years,” she said. “But I had the opinion we were going to win and we did.”

In an interview in March 2012, Blais said he had tried to quit “five or six times in the last 14 years,” although some of the remedies triggered depression.

“I smoke a little more than one package a day — maybe 30 cigarettes a day,” he said.

“By choosing not to inform either the public health authorities or the public directly of what they knew, the companies chose profits over the health of their customers,” Riordan wrote.

“Whatever else can be said about that choice, it is clear that it represent a fault of the most egregious nature and one that must be considered in the context of punitive damages.”

The judgment calls on the three companies to issue initial compensation of a total of more than $1 billion in the next 60 days, regardless of an appeal. The judge will decide at a later date how to distribute those funds.

Bruce Johnston, a lawyer with one of the firms that took on the tobacco companies, called the ruling “historic — not just for the compensation for victims but also for public health and accountability.”

“The companies earned billions of dollars at the expense of the lungs, the throats and the general well-being of their customers,” he wrote.

“If the companies are allowed to walk away unscathed now, what would be the message to other industries that today or tomorrow find themselves in a similar moral conflict?”

The Quebec case marked the first time tobacco companies had gone to trial in a civil suit in this country and involved two separate groups of plaintiffs: some who became seriously ill from smoking and others who said they couldn’t quit.

More than one million Quebecers were represented and argued the companies were liable because they knew they were putting out a harmful product and hid the health effects of tobacco.

Initially the lawsuit was valued at $27 billion and included 1.8 million Quebecers, but a 2013 ruling changed the definition of who could qualify and lowered the amount to $17.8 billion. It was considered the biggest class-action ever seen in Canada.

“Today marks an important day for the victims of tobacco who have waited almost 17 years for this moment,” said Mario Bujold, executive director of the Quebec Council on Tobacco and Health.

The industry argued people knew about the risks of smoking and that the products were sold legally and with federal government approval and strict regulation.

“These cases are far from over,” RBH spokeswoman Anne Edwards said in a statement. “We will vigorously appeal this lower court’s judgment, and believe that we have very strong legal grounds to overturn the judgment in its entirety.”

JTI-Macdonald said Canadians have been well aware of the health risks since the 1950s and health warnings have been on packages for more than 40 years.

“JTI-Macdonald Corp. fundamentally disagrees with today’s judgment and intends to file an appeal,” it said in a statement. “The company strongly believes that the evidence presented at trial does not justify the Court’s conclusions.”

Since the 1950s, Canadians have had a very high awareness of the health risks of smoking, the company noted. That awareness has been reinforced by the health warnings printed on every legal cigarette package for more than 40 years.

“We believe there are strong grounds for appeal and we will continue to defend our rights as a legal company,” said Tamara Gitto, vice-president law and general counsel for Imperial.

The trial stemmed from two cases that were originally filed separately in 1998 before being certified and consolidated in 2005. The case began sitting in 2012.

Cecilia Letourneau filed on behalf of the province’s smokers who were addicted to nicotine and remained addicted or who died without quitting.

The other was filed by Blais and sought compensatory and punitive damages for smokers who’d suffered from cancer in their lungs, larynx or throat, or emphysema.

The case heard from 78 witnesses over 234 days in a giant Montreal courtroom as well as several weeks of final arguments.

The case is distinct from civil suits launched by several provinces to recoup health-care costs from smoking-related disease, but many of the arguments in the cases overlap.

All provinces have passed laws that allow them to go after so-called Big Tobacco for health-care costs stemming from smoking-related disease and most have filed legal actions to that effect.

— With files from Giuseppe Valiante