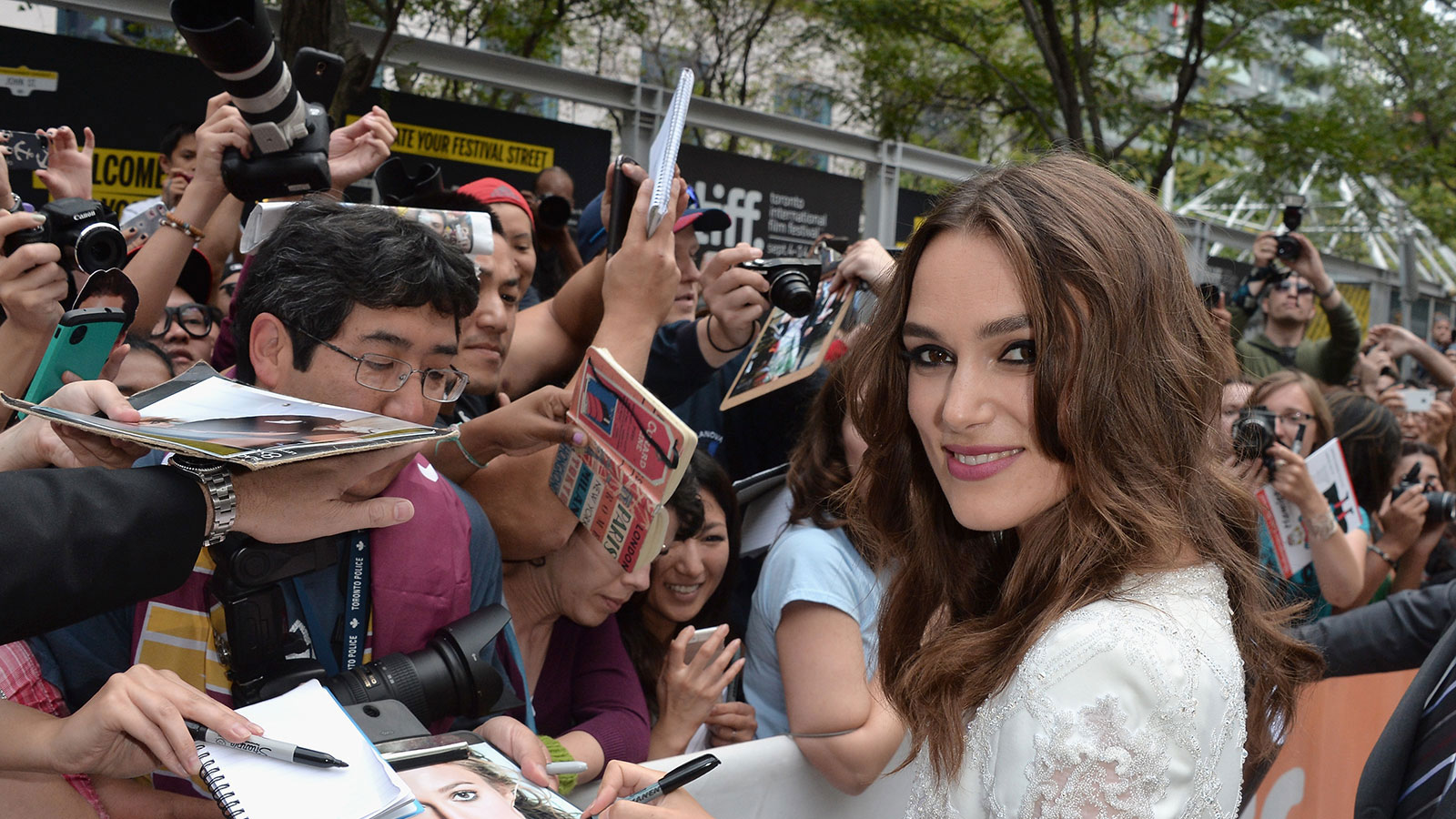 Keira Knightley attends the TIFF premiere of The Imitation Game

Keira Knightley has been to enough film festivals to know when she has Oscar-ready material on her hands. And with The Imitation Game, the new wartime thriller from director Morten Tyldum (Headhunters), the actress hit the jackpot. Telling the true-life tale of Alan Turing, a closeted mathematician who helped break Germany’s codes during the Second World War, the film has awards-bait written all over it, including Knightley’s co-starring role as Turing’s colleague and confidante. While at the Toronto International Film Festival to promote The Imitation Game and her indie comedy Laggies, Knightley sat down with Maclean’s to talk about sexism, class and honouring a forgotten hero’s legacy.

Q: Everything in The Imitation Game hinges on the central relationship of Turing and your character, Joan Clarke. How closely did you work with Benedict Cumberbatch to develop that extremely close relationship?

A: Fortunately we’re very good friends in real life—we worked together before on Atonement—and it always helps if you have a relationship going in. But what helped most was that Joan and Alan’s relationship was just so completely clear from the beginning: that it was a meeting of minds. Even the idea of her wanting to marry him, despite the fact she knew he was gay, was something I understood. It was perfectly logical, because she could have the life she wanted with him. They had the same obsessions: math and problem-solving. The other option was marrying someone else and being chained to the kitchen sink.

Q: Both characters have the same desires, but are trapped by the societal pressures of the time.

A: That still hasn’t gone away. It’s not as bad as it was, obviously, but it’s still a discussion that needs to be had. Humans who see something different than them want to hate it and tear it down. Britain had a government policy that allowed prejudice to destroy someone’s life, and today there is still homophobia at home and elsewhere, like Russia or Greece. It’s still a relevant discussion. While women have it better than the 1940s or ’50s, sexism is still prevalent. The place at the table that Joan was fighting for is still important.

Q: Did you do much research into Joan’s life, or the work of the code-breaking unit she was involved in?

A: Enough to know that this isn’t a documentary; there’s a lot of inaccuracies in Joan’s story, not Alan’s. But because this film is about Turing, not Joan, we used some dramatic conceits to push the story forward. I understood the deviations, but because of them, I didn’t feel the need to research heavily, and just to take things from the script, from the story we were telling.

Q: Joan managed to land an extremely atypical career for a woman of her time, though.

A: She was very quiet, calm and optimistic, and that worked out for her. I think even now, the women I know who are tremendously successful are not obvious ball-breakers, because that doesn’t work, you get people’s backs up. The women I know are incredibly charming, and they’ll laugh and flirt with you and be anything you need them to be. I based a lot of Joan on that concept.

Q: There’s also the question of class, with so much discussion devoted to how a middle-class person can get into the elite of Oxford, and such. It mirrors, in a way, the other TIFF film, The Riot Club.

A: Exactly, and it has not gone away. The highest percentage of England’s top jobs are filled by graduates from about two different universities.

Q: How did you handle going from a small, improv-heavy comedy like Laggies to a big historical biopic?

A: Laggies is something that I don’t normally do. I am not at the top of the list for these kind of roles. But [Laggies director] Lynne Shelton called me up and said I’d be great—though I think really my agents went to her first without me knowing. I’m usually up for something that’s not this neurotic and taut, but it was lovely. It was similar to my experience with Begin Again, which was also improvised and loose.

Q: Do you see more of a mix of these films in your future?

A: I have no idea what I’m doing next, but Laggies felt like a breath of fresh air. It’s a very different way or working, and a different muscle to stretch. But with The Imitation Game, the most important thing was to get Turing’s story out there. When I was shooting Laggies in Seattle and signed on to the new movie, I went to a bunch of book stores to read about Turing, and there was nothing. So that tells you everything you need to know about how important this story is.