At the Whistler Film Festival, an award-winning documentary makes heroes of outlaw artists who defy copyright laws—but does it practice what it preaches? 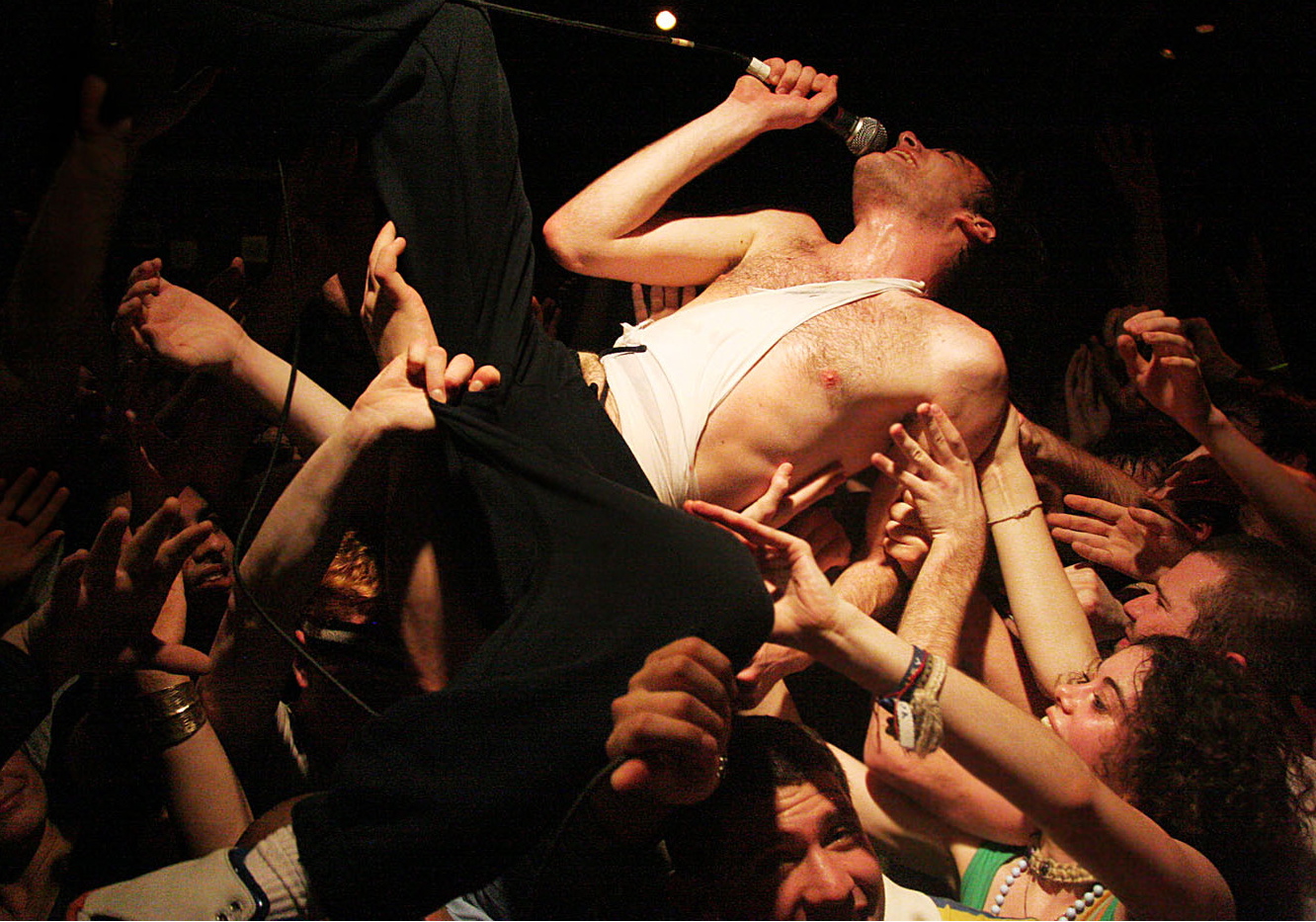 One of the the most buzzed entries at the Whistler Film Festival was RiP: A Remix Manifesto. After winning the audience award at the International Documentary Festival Amsterdam (IDFA), it went on to win the Cadillac People’s Choice Award at Whistler. This Canadian documentary, directed by Montreal filmmaker and web activist Brett Gaylor, is a knockout. Rip is a dazzling frontal assault on how corporate culture is using copyright law to muzzle freedom of expression. It’s central character is a young Philadelphia mash-up artist named Girl Talk (aka Greg Gillis), who performs and records material sampled from myriad sources, and defends his right to do so without paying royalities. As far as he’s concerned, he’s just mining the pop culture that engulfs us and creating something original out of it. It’s basic collage, and as the film points out, it’s an art form that long predates digital sampling technology, going back to the Surrealist movement and the cut-ups of William Burroughs.

Walking a fine line (gangplank?) between fair usage and piracy, in his documentary Gaylor uses scads of music and film clips—from Disney cartoons to Rolling Stones hits—without permission. So RiP becomes a meta movie about defying copyright—an example of the phenomenon that it’s documenting. It sounds remarkably risky, especially considering that this is not an underground project but a movie backed by the National Film Board and the I talked to Gaylor and he asked if he was trying to turn his movie into a test case by pushing the envelope of the law. But he claims that everything he’s done is within the legal bounds of fair use. We’ll see if Disney and the Stones concur. Both can be very litigious when it comes to protecting rights to their material. A good chunk of RiP is devoted to Disney’s vindicative campaigns to prosecute anyone who dares to reproduce the likeness of Mickey Mouse. And one of it’s subjects is Dan O’Neill, cartoonist leader of the Mouse Liberation Front.

I think RiP has the potential to have the kind of runaway success of The Corporation—if Gaylor doesn’t sabotage its commercial prospects with his desire to give the movie away for free on the Internet. On the other hand, that’s part of the movie’s ethos. Gaylor wants to make the movie available for free download on opensourcecinema.org. Not only that, he’ll be posting supplementary footage and inviting downloaders to recut the movie. In other words, he wants to distribute the film as snowballing work-in-progress, a film about a movement that accelerates the movement, and gathers energy from it. A movie that won’t sit still.

At the same time, he’s hoping to combine this free-for-all with some kind of commercial theatrical distribution and a TV broadcast. Needless to say, that will involve some tricky negotiations. As for the film itself, it has some shortcomings. It addresses only one aspect of the copyright issue—the right of artists to plunder pop culture to create new work in a world where every acre of cultural real estate has been bought up and fenced off by large corporations. But even progressive filmmakers, such as Ron Mann (Comic Book Confidential, Grass), temper their admiration for RiP with questions about its failure to address the issue of artists’ rights, which is not a simple one. Mann, one of Canada’s most experienced and successful documentary filmmakers, knows better than anyone how difficult it is to clear rights from corporations for music and archival footage. Yet, he’s sensitive to the issue of artists being compensated for their work.

At the Whistler festival, the issue of piracy and digital media was the focus of a high-powered panel ocalled Whistler Summit: the Future of Content, which brought together honchos from the film and music industries. It included such eminent thinkers as new media visionary Paul Hoffert and Sire Records co-founder Seymour Stein. The debate got pretty intense as Brad Pelman, co-president of Maple Pictures, boasted that his only concern was making money, a rare admission of candour from a leader in a cultural industry. Pelman said he wasn’t all that concerned about piracy, which he said represents a “retail shrinkage” of just 3 per cent of revenues. Not a big deal. I was sitting behind a musician who kept shouting at him, “What motivates you?” Pelman also raved about the commercial future of BluRay DVDs. But later Ron Mann told me he thought that such disc software was already looking outdated. Mann distributes films both theatrically and on DVD with his own company, Films We Like. After the panel, he said it just occurred to him that he might start selling titles as digital files, issuing them on UBS pocket drives. Welcome to the new media and the world of the incredible shrinking commodity.