William, Harry and Kate's private secretary is protective, but he also knows when to let his royals charges have a little fun

Prince Harry racing (and cheating against) Usain Bolt on a track. Harry showing off his dance moves to a Bob Marley tune. William and Kate competing in a dragon boat race in Prince Edward Island.  Kate spending a solo Valentine’s Day visiting a children’s hospital in Liverpool. While the young Windsors deserve kudos for their relaxed, fresh new take on royal engagements, accolades should also be showered on the man who’s a step or two behind them: Jamie Lowther-Pinkerton. As private secretary to William, Kate and Harry, the 51-year-old former army officer has one of the most important jobs in the royal bureaucracy that surrounds the Windsors; after all, his charges are the future of the monarchy. Nothing happens on a public outing that hasn’t been vetted by him.

Hired in 2005 to be the private secretary to William and Harry, he is a former captain in the SAS, Britain’s legendary special forces regiment. He served in the first Gulf War and spent two years battling Colombian drug lords. After leaving the SAS he worked for Kroll Risk Management, the huge security firm. And he’s not just all action: he graduated from the exclusive school of Eton, where William and Harry were also educated, and did a stint at Clarence House as an equerry to their great-grandmother, Queen Elizabeth the Queen Mother.

After seven years guiding them into an increasingly public life, he’s extraordinarily close to William, Harry and now Kate; so much so that William and Kate picked  his eight-year-old son Billy to be one of two page boys at their wedding last year. And, of course, Lowther-Pinkerton played a crucial role in organizing that rather complicated affair.

As a flinty former officer, people mess with him and his royals at their peril. Just ask News of the World. Suspicious over how the paper got seemingly inside information about William, Lowther-Pinkerton suspected that his own phone and those of colleagues had been hacked. He called the police. The result of that call? The paper’s royal editor was convicted, the phone hacking scandal went public and kept growing, and now News of the World is dead, its masters are under police investigation and Britain is roiled by an ever-widening investigation into phone hacking.

So enjoy the pictures as Harry’s tour moves onto Brazil–beach volleyball in Rio, anyone? And tip your hat to the behind-the-scenes (literally; you can spot Lowther-Pinkerton in each of the photos below) royal maestro. 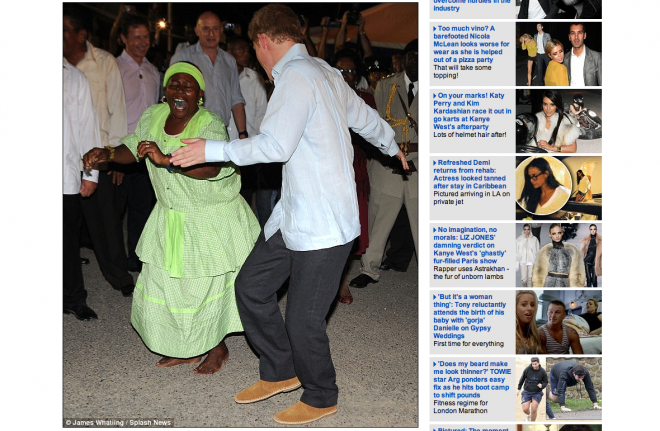 In Belize; Lowther-Pinkerton is wearing a blue shirt in the background. Screenshot from thedailymail.co.uk 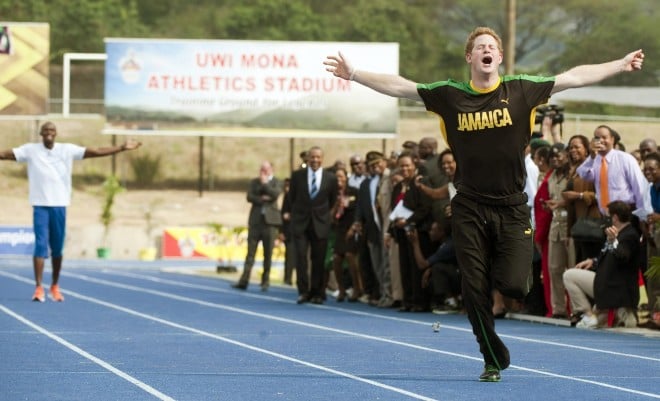 In Jamaica; Lowther-Pinkerton is the man wearing the grey suit to the far left of the crowd. John Stillwell/AP 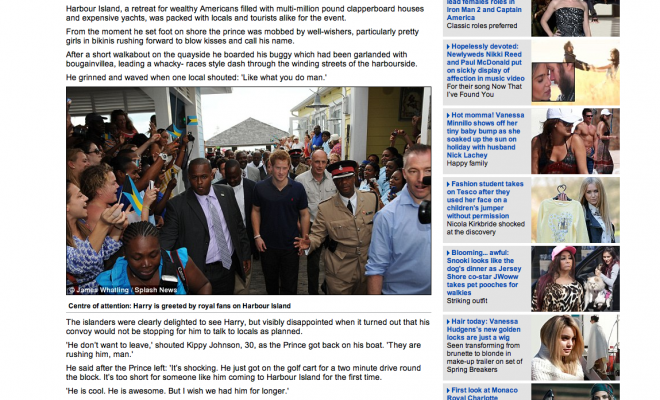 In the Bahamas; Lowther-Pinkerton is wearing the taupe shirt to Harry's right. Screen shot from thedailymail.co.uk