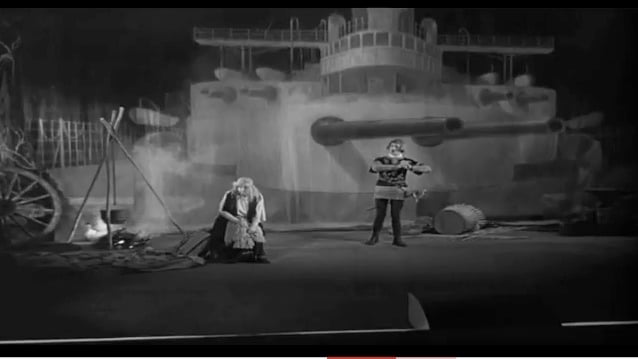 The Metropolitan Opera in New York announced its 2011-12 season today. Still no new operas, though there’s some talk of one in the future; the closest thing to a new work is in fact a mish-mash of old operas, called “The Enchanted Island,” a pasticcio built out of baroque arias by Handel, Rameau, Vivaldi and other baroque masters. It will be an adaptation of The Tempest and feature a lot of house superstars like David Daniels and Plácido Domingo.

As for the new productions of old works, these are dominated by the second two parts of Robert Lepage’s Ring cycle. The first two parts didn’t really make much of a splash as far as I could see — in fact, I think the house got much more publicity and controversy for their previous production, by Otto Schenck, because of the controversy surrounding Schenk’s literal interpretations of the stage directions (at a time when operatic productions were already becoming more abstract and symbolic). The final two instalments will be jazzed up with some 3D effects, though I always thought live theatre was as 3D as you can possibly get. And Canadian tenor Ben Heppner’s decision to withdraw as Siegfried is probably a blessing in disguise for the production; his voice is not what it was, and it was never completely right for this incredibly difficult part even in his prime.

The other productions are not exactly the riskiest choices of repertoire or directors on earth. The Met is “modernizing,” throwing out the naturalistic and pictorial Franco Zeffirelli productions in favour of productions that appeal to a younger audience, but it’s doing it very slowly and carefully. And rightly so, because this is a house that depends mostly on private funding and ticket sales in the middle of an economic slump. So they’re depending on stars, particularly Anna Netrebko, who will be in two of the new productions: Donizetti’s Anna Bolena and Massenet’s Manon.  Donizetti wrote three operas about English queens, all of which the Met will present over the next three years. Maria Stuarda, which the Canadian Opera Company just did, is probably the best known, but Anna Bolena is by far the best, thanks to a really strong libretto by the great Felice Romani. (There is no such thing as a great opera without a strong libretto. It’s like a good movie without a good script. Even the librettos mocked for complex plots or flowery language usually turn out to be very good on closer examination, because if they weren’t good the opera would never be.)

The choices of directors tend toward the middle ground, too. It’s about half European directors who aren’t too far-out for North American audiences (no Calixto Bieito, for which I for one am thankful): David McVicar, whose main schtick is just updating an opera to a different but still remote period (e.g. moving Il Trovatore from the 1400s to the 1800s or Figaro to the 19th century), will do Bolena and Laurent Pelly, a French director whose productions tend to be just plain fun, is doing a Manon he already presented with Netrebko in London. The Met also continues to court famous theatre directors, two this time: Michael Grandage of the Donmar Warehouse is doing Don Giovanni and Des McAnuff of Stratford and Jersey Boys fame is doing Faust.

Most of the productions appear likely to, as I said, move away from literalism to some degree. McAnuff’s Faust sounds like it will go the farthest, as the fantasy aspect allows the director to go to different time periods by using magic as an explanation. The disappearance of the literalist production — one that follows the original very closely in terms of stage directions and time period, and creates sets that look like the places described by the libretto — has its good and bad points, but it’s been a long time coming and is nearing completion in America: As this article in the Los Angeles Times notes, the only “literalist” new production at the L.A. Opera was of a, well, new opera. New operas more or less have to be placed where the composer and librettist said, because they’re right there.

Regietheater, or directors’ theatre, has had its speed bumps in a region where opera audiences are older and where opera isn’t as state-subsidized as it is in Europe. (Part of the reason there’s a German word associated with the style is that in Germany, opera is heavily state-funded, leaving opera houses free to try almost anything without worrying about losing their funding.) Here in Toronto, a modernized version of Aida was not well-received by many regular operagoers. But a few months later, the Met achieved success with a very regie production of La Traviata imported from the Salzburg Festival. The production took place in no particular time or place, had all the male and female chorus members dressed alike, and ignored the final act’s stage directions by having the dying Violetta walk around the stage for much of the act. But it worked in Salzburg and it worked in New York too, for the most part.

Here’s how it looked in the Salzburg production that is now being used at the Met:

You can see why the old naturalistic productions are being phased out, as they do feel very much of their time (no matter when they’re set) and today’s singers seem more comfortable in a freer setting — meaning less cumbersome costumes, less precise movements, and more ability to “be themselves,” so to speak. In a way, just as directors like Zeffirelli tried to make the stage picture more elaborate to keep the singers from turning the show into their own personal excuse to stand and sing, newer directors are stripping away a lot of that and going back to the idea of opera as more of a singers’ showcase. (Some directors, I mean; some regie directors don’t work with big stars very often and create stage pictures that are as elaborate in their own way as Zeffirelli’s, just pictures that don’t have a great deal to do with the script.)

I do worry sometimes — not with every production, but some — that director-centric theatre sometimes proceeds from a certain contempt for the libretto. As I said above, I believe every great opera has at least a good libretto, certainly a theatrically-effective one. Yet you will sometimes hear directors who clearly don’t think much of the librettos they’re staging, like McVicar’s contempt for the plot of Il Trovatore, a piece he staged (with reasonable effectiveness, but not passion) to sort of talk himself into liking it. And since there are so few new operas being commissioned and produced, it sometimes seems like directors are seizing on old pieces to make points that they would really prefer to be making with new works, actually written with those ideas in mind.

When a director sets a great work in a different time or deliberately contrasts the stage action with what’s being sung, that can bring out new things in the piece, but it can also convey the attitude that nothing matters except the pretty music, and that if the characters are singing certain very specific words, it doesn’t matter if the action completely contradicts the words. Of course this isn’t new to regietheater. It was common for a long time for directors to ignore important cues in the words, like productions of the Ring with a two-eyed Wotan even though he’s clearly referred to as having only one eye. It’s just that in some ways opera hasn’t moved forward from that: some productions tell us that as long as you get the music right, nothing else matters.

Of course some operas, like plays, give the director more leeway. Anna Bolena should not be updated (I don’t know if it will be) because it’s about real people in real places. Other operas aren’t about real people but cease to make sense when you remove them from the specific social context of their setting. And others are so non-specific that they can happen anywhere and everywhere; that’s why La Traviata has always lent itself well to updating (in fact, Verdi wanted to set it in his own time, but was overruled), because there are not many era-specific references. But even there, many productions don’t know how to reconcile their time periods with the idea that living together out of wedlock will lead to scandal and ruin — and they sometimes set the show in some other city without dealing with the fact that the setting is specifically referred to as Paris. Why not just find an Italian speaker to write some new words for the purpose, or better yet, translate it into the language of the country it’s being performed in, which the composer would have expected in the first place?

The trick with doing an updated or symbolic production is for the director to find ways to justify his or her conception in terms not only of the music but also the text. When it’s just the music that’s concentrated on, this leads to a lot of anti-dramatic decisions like having characters do most of their acting in pantomime (because they’re doing things that are never referred to in the text, and are frequently not even supposed to be on stage). An example of respecting the text as well as the words is in a production of the Offenbach operetta La Vie Parisienne by Pelly. That operetta was set in Offenbach’s own time, so it’s a natural candidate for updating to the Paris of the 21st century. But there’s a moment in one song where a character sings about observing another character through a lorgnon, one of those eyeglass thingies that’s long out of fashion. So Pelly, instead of just ignoring the line, had her grab the eyeglasses of the guy she was with and use them to look at the man she was singing to. The action was justified in both words and music, which made it a more satisfying action than one the director just makes up out of nowhere.