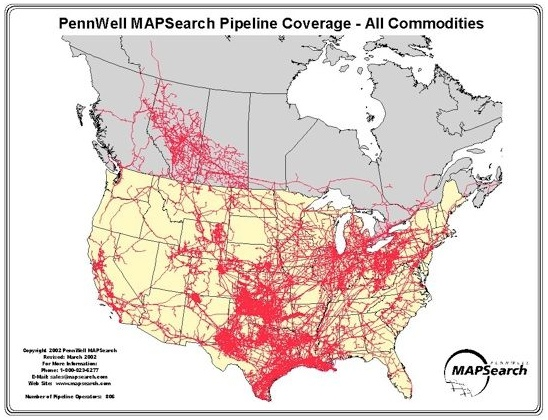 Congressional Republicans plan to keep TransCanada’s Keystone XL pipeline  high on their agenda when the US House of Representatives resumes its session tomorrow, two congressmen said this morning.

“We go back into session tomorrow. This issue will be first and foremost,” South Carolina congressman, Jeff Duncan, told me in an interview. “We’re going to ramp it up,” said Duncan, who sits on the Natural Resources committee and, a member of the Republican “energy action team” in the House.

“We’re going to keep attaching it to other bills. I’m not one who likes to attach non-related legislation to other pieces legislation, or bob-tailing, but this is an issue we’ve already passed its something we believe in and we’ll keep attaching it,” said Duncan. Last month, Republican lawmakers attached legislation that would give President Obama a 60-day deadline to decide on the Keystone XL permit to legislation extending a payroll tax cut by two months.

At an energy-themed breakfast in Myrtle Beach, SC, another Republican congressman, Mick Mulvaney of South Carolina, showcased a map that he said would be making the rounds of Capitol Hill in coming weeks.

“We have an opportunity here to win the messaging war and we are going to push this as hard as we can over the next several months,” he told a packed ballroom of hundreds of assembled Republican officials and activists.

“What you are going to see over the next few weeks in Washington are these two maps,” said Mulvaney. Showing the audience an image of a map of the proposed pipeline route from Albert to the Gulf Coast of Texas, Mulvaney said: “This is what the president wants you to see.” Switching the slide to a map of thousands of pipelines that cover the US. “…And this is reality. Often those two things are divorced in Washington.”

“What you see here is that pipelines already exist. What the president would have you believe is the pipeline is somehow unusual or extreme. The truth of the matter is that there are pipelines all over this country that function each and every day without any environmental impact at all.”

(Environmentalists who oppose the pipeline have argued that few pipelines in the US carry diluted bitumen and that they have particular concerns about a pipeline in the Sand Hills area of Nebraska that crosses a large aquifer.)

The Obama administration has delayed a decision on a permit in order to review an alternative route that would take the pipeline around the environmentally sensitive region of Nebraska. Republicans accuse President Obama of delaying the process to appease environmentalists ahead of the November presidential elections.

The breakfast was hosted by a former US ambassador to Canada and a former Speaker of the South Carolina legislature, David Wilkins. He told the audience: “What most Americans view as common-sense or no-brainer energy policy, like drilling off our own shores, or in ANWR, or approving a pipeline to ship oil from Canada – a trusted ally, a stalwart partners in the pursuit of liberty, and a strong environmental steward – somehow has all fallen victim to the worst kind of partisan politics in Washington.”

(Note: this post has been updated with the same map used in Rep. Mulvaney’s presentation.)