NFL Picks: These ones are for half the marbles!

Forecast for kickoff: Cloudy, minus 6°C

Feschuk: During a normal week, the 16 NFL games are dissected by 100 talking heads on sports radio. But come the week of the conference championships, there are just two games being “analyzed” by 1,000 talking heads – or 1,001 when you factor in Tom Jackson’s evil twin who picked the Patriots last week. (Jackson hasn’t actually used that excuse yet, but it’s coming.) Bottom line – analysts can start talking themselves into worrying about things that aren’t worth worrying about. (A similar principle is behind how dozens of people have somehow talked themselves into believing Al Davis is still alive.) 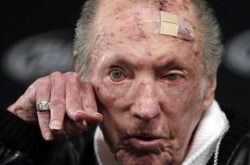 To my fellow problem gamblers, I implore you: Do not allow yourself to be distracted by fascinating anecdotes about the structural integrity of the sod at Soldier Field and what happened when these two teams faced off for the first time back in 1647 or whenever. Focus on the big picture. Aaron Rodgers is superhuman, otherworldly and kind of turning me on even though I’m way straight. Jay Cutler last week threw two passes directly at Seattle defenders, who were obligated to act all casual and ignore them because that’s the vibe of the Pacific Northwest, dude. Cutler will make mistakes. Rodgers will make it count. And that photo of Al Davis will make you very uneasy about growing old. Pick: Green Bay.

Reid: I wouldn’t say you’re “way” straight. More like “haven’t gotten the right offer yet” straight. Nevertheless, you make a solid point: Aaron Rodgers was sent to Earth in a rocket ship from a solar system with a red sun. Due to our yellow sun and defensive schemes that give him too much time to move around in the pocket, he now has spectacular super-powers that he uses to demolish those who stand in his way. Let’s hope that soon includes not only the Bears defence but the ungodly coupling of Jesse James and Kat Von D. 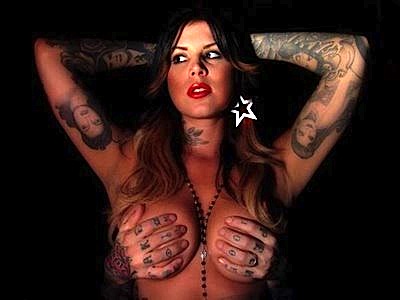 Supporters of Jay Culter – a vast collection that includes everyone from Jay Cutler to also Jay Cutler – point out that he played great last week. Every other human being is quick to notice that he’s not had two unblemished games since people were shocked to hear the rumours about John Travolta. Unless the Bears special teams pull off a miracle, Cutler will throw this game away. Pick: Green Bay.

Forecast for kickoff: flurries, minus 8°C

Reid: Question for ya – when Rex Ryan hears that Tom Brady played last week’s matchup with a broken foot does he feel it takes anything away from the Jets victory? Or does he just get wood? Vicious jokes that owe much to lost sums of wagered cash aside, you’ve got to hand it to the Jets secondary. They hung around the Pats receivers the way Rex Ryan hangs around the change room at Town Shoes. It didn’t really matter how long Brady got in the pocket. The New England quarterback simply had nowhere to throw the ball – other than Alge Crumpler who showed about as much interest in that first touchdown pass as Michelle Ryan shows in closed toe sandals. I have been wrongly predicting the Jets demise all year. So now is hardly any time to stop. Pittsburgh has the league’s top ranked run defence. Come this Sunday, Tomlinson and Green will be harder to find than work socks in the Ryan’s master bedroom. The Steelers will challenge Sanchez to beat them. And he’ll fail.  Look for a couple picks against New York in the second half. And look for Rex Ryan to be watching the Super Bowl like the rest of us – from the pedicure parlour. Pick: Pittsburgh.

Feschuk: Listen – I’d love to be able to pick the Jets here, and not just because it turns out Bart Scott is one of my favourite sitcom characters.

There’s going to be two long winter weeks between this Sunday and the Super Bowl and I’d much rather have them filled by Rex Ryan musing colourfully about the character of his men and the intoxicating allure of orthopedic shoes than by the boring black doctor guy from House. But let’s face it: the Jets played a perfect game last week against the Patriots. An absolutely perfect game. They can’t do it again, can they? Or can they? (Spoiler alert: no, they can’t.) The Steelers have a better power running game. And they have an actual pass rush, which will force Mark Sanchez to make an actual decision, which usually winds up in an interception or the ball missing the receiver by so much that it burns up on re-entry. Plus, how lame is that thing the Jets now do when they score – that “pretending to be an airplane” thing. 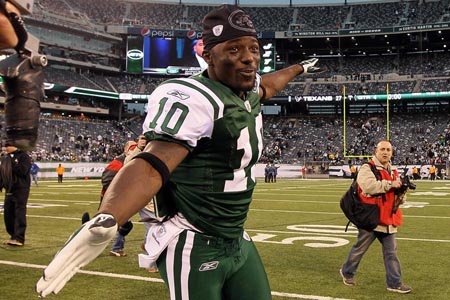 I know you’re supposed to have fun and be a kid out there – but you don’t have to be the slow kid that eats sand. There was a time when the football gods would allow such shenanigans and antics at the Super Bowl – but we all learned hard lessons with the Dirty Bird and the Ickey Shuffle. Never again. Pick: Pittsburgh.