Nothing up Harper's sleeve - except additional sleeve

Scott Feschuk: check out the winner of the Least Intimidating Cowboy championship 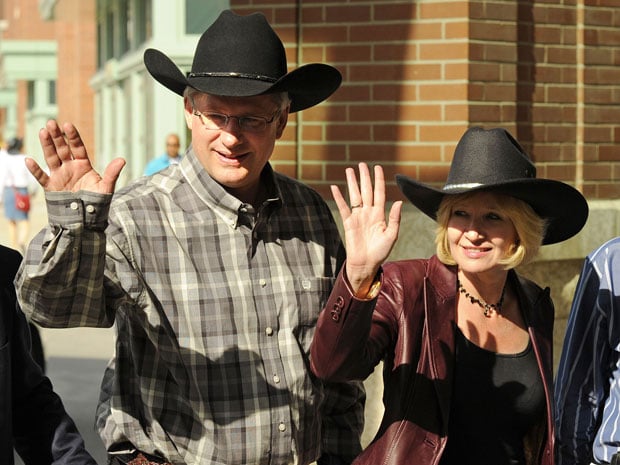 Belated congratulations to Stephen Harper on the successful defence at the Calgary Stampede of his Least Intimidating Cowboy championship.

You’d think the Prime Minister would get a little cocky, a little complacent, after capturing four straight titles – but no. This year, the hat/glasses combination would alone have been enough to outnerd anyone short of Tony Clement in plastic chaps, but Harper sealed the deal by wearing a plaid shirt that was at least a size too big, its mighty sleeves extending well past his wrists to the middle of his palms. He looked like a six-year-old boy who’d lost both his Mommy and his personal stylist. (Not pictured: Nice old lady buying him a sugar-free sarsparilla.)