Now sing ‘Yes! We Have No Bananas’

Woody Allen’s musical, like many, goes for old hits—even when they make no sense 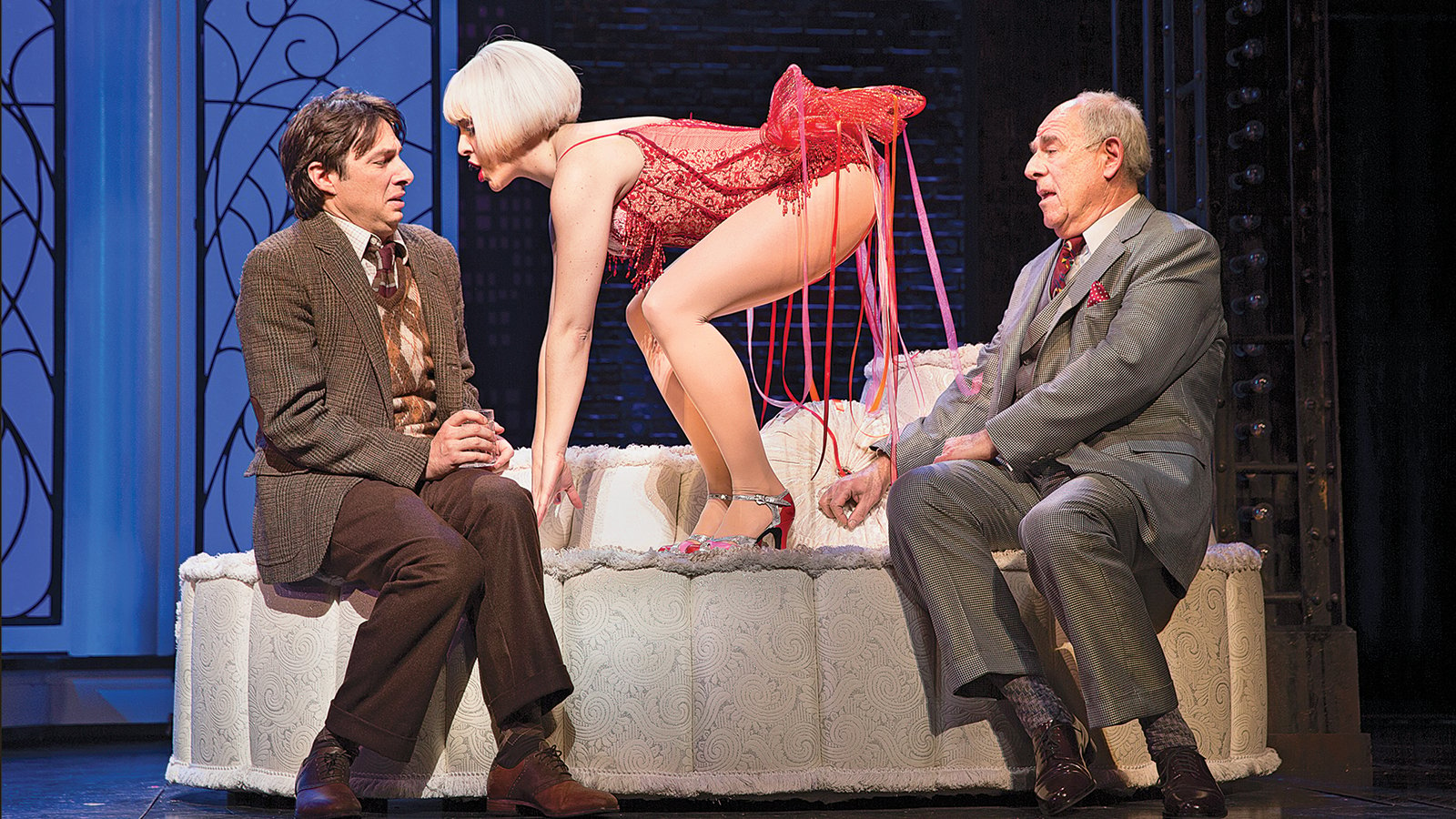 Woody Allen has had his share of controversy lately, but for his first Broadway musical, Bullets Over Broadway, few are talking about one of his more quietly controversial decisions: He’s eliminated songwriters. The show, opening on April 10, is Allen’s adaptation of his popular 1994 gangster comedy, and Allen is constructing his book around songs from the time period where the show takes place. It’s the latest in a long line of  “songbook musicals,” from the stage hit Mamma Mia! to the TV series Glee, that combine new books and old songs—and Allen is the latest writer to do a musical without those pesky composers.

Doing a songbook musical isn’t so hard if the show is a revue, or a biography of the people who created the songs, like Jersey Boys. But it’s more complicated when a fictional musical is constructed around an old song catalogue, requiring the writer to make the characters sing these hit songs to each other. Catherine Johnson, the writer of Mamma Mia!, which featured the songs of ABBA, says it wasn’t an easy or fast process to work with songs that were never intended to fit into a plot: “I read the lyrics over and over, trying to pinpoint the songs that would drive a narrative forward,” she explains.

Why would authors choose this process when it’s easier to work with living songwriters on new songs? Sometimes a creator simply prefers it that way. Allen is one of several major filmmakers, including Quentin Tarantino, who almost never commission original music for their movies, instead making soundtracks out of old recordings. “He hates the new shows, the new composers,” Allen’s sister and producer, Letty Aronson, told The New Yorker. By choosing music they like, the creators are free from having to depend on composers, whose work might not please them; they know, going in, that they like the music.

Producers may also be tempted by old hits because new musicals have little ability to produce new hit songs. In the golden age of musicals, shows spun off their own hits, which could attract people to the theatre. “That dynamic is rarely the case now,” says Michael Colby, author of such off-Broadway musicals as Charlotte Sweet, “so producers may be tempted to use well-known songs with their similar built-in appeal.”

The problem is that the parade of hits can take all the drama out of the show, and even drain the songs of their impact. “The last thing I’d want is the music to somehow wash over the audience, as if you were listening to a classic hits radio station,” Johnson says of Mamma Mia! “Each song should belong to the show; it should feel like the song was written for that moment.” But while Mamma Mia! managed to make the ABBA songs feel as though they belonged in the story, it doesn’t always happen. The New York Daily News reported that Bullets Over Broadway’s finale was suffering because Allen insisted on using the ’20s hit Yes! We Have No Bananas—a song that, one performer told the paper, “doesn’t make any sense” in this context.

The biggest losers in the world of songbook musicals may be new songwriters, who have fewer chances to get their work heard in major theatres. “We all talk all the time about how there are no new composers,” wrote theatrical agent Stuart Piper in The Stage last year, “but I think there are. We just aren’t providing the platforms.” Still, songbooks aren’t going anywhere: Whatever happens to Bullets Over Broadway, there are other such shows to come, including Holler If Ya Hear Me, with the songs of Tupac Shakur, and still another Gershwin musical. And productions such as these have one advantage that even Mamma Mia! didn’t have. On that show, Johnson says, the ABBA songwriters were co-producers, “so, obviously, they had approval and input all the way.” But on Bullets Over Broadway and Holler If Ya Hear Me, the songwriters are dead.