Opening Weekend: are 'Casino Jack' and 'The Rite' both true stories??

Anthony Hopkins and Kevin Spacey stretch our sympathy for the Devil 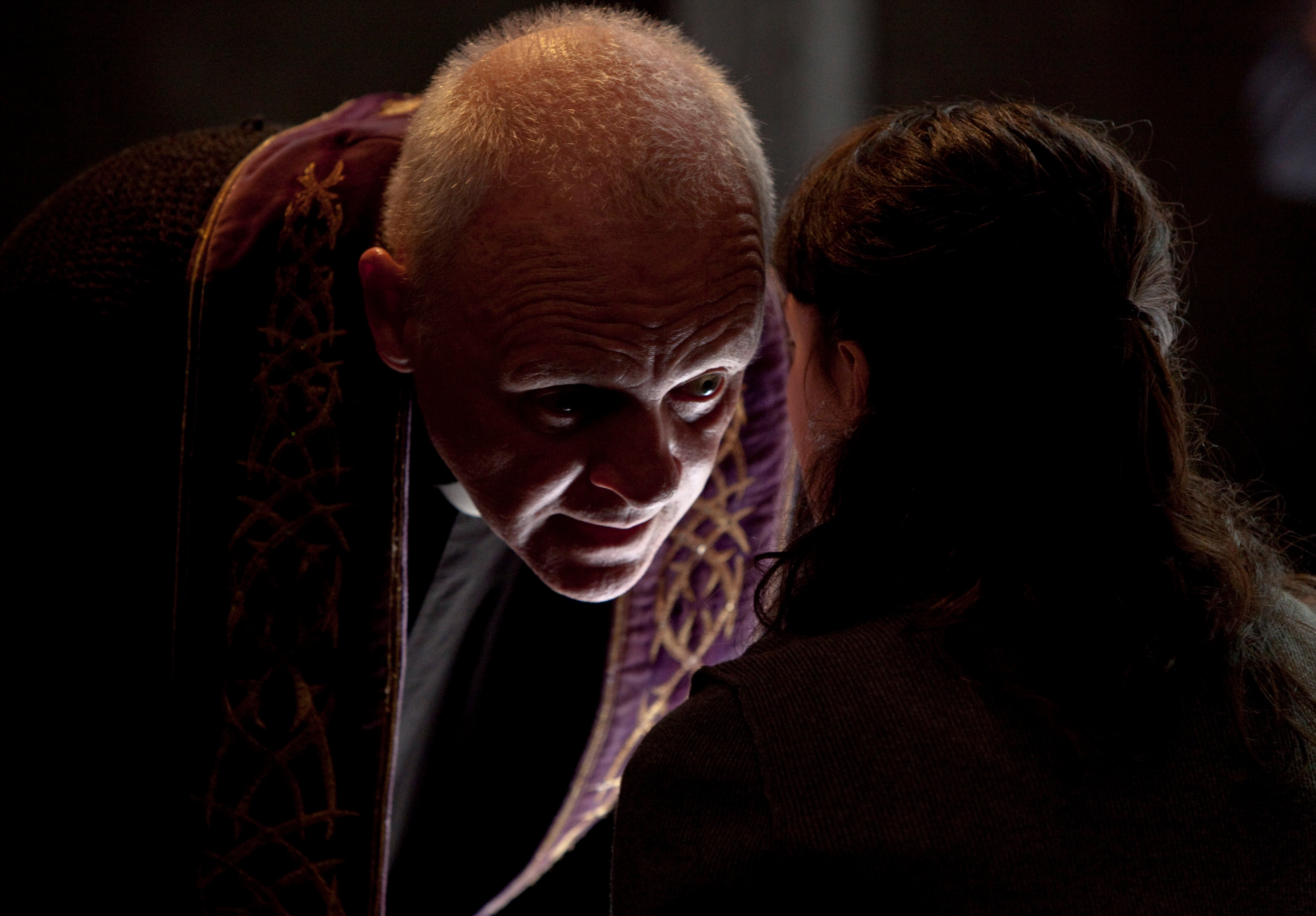 Anthony Hopkins in 'The Rite'

Hollywood has a sliding scale for fudging the truth in non-fiction.  First you have movies that claim to be “based” on a true story. If that’s too hard to swallow, the next level of disclaimer that the film is “inspired” by a true story. Increasingly, I find that  movies “based on” or “inspired by” true stories often seem less believable than ones concocted as pure fiction. Perhaps that’s because when Hollywood gets a hold of a real-life event, it goes out of its way to twist it into something that conforms to dramatic formula. On the other hand, if a filmmaker is trying to bring a make-believe drama to the screen, the emphasis is on making it more credible. The truthiness of Hollywood non-fiction is becoming an issue these days. The makers of The Social Network, which paints an unflattering portrait of Facebook mogul Jesse Eisenberg, admit they’ve embellished facts. And at the Golden Globes they went out of their way to flatter Eisnenberg, and insist the movie was only a metaphor.  A metaphor?? Stupid me. I thought it was the story of the guy who created Facebook. And take 127 Hours. Reality doesn’t get more real thana guy amputating his arm with a penknife. But do you remember the scene of him diving into the subterranean pool with the two female hikers before he gets trapped? It never happened. As if the true story wasn’t gripping enough, they had to throw the hero into a swimming hole with some fictional babes.

This week we’ve got two new movies that, like The Social Network and 127 Hours, are both close enough to the truth that the characters’ real names are used. So why do neither of them seem believable? One is Casino Jack, which is “based” on the true story of Jack Abramoff (Kevin Spacy), the high-powered  lobbyist who was jailed for bribery and fraud in the biggest scandal to hit Washington since Watergate. The other is “inspired” by a true story, and (even more of a stretch) “suggested” by a book, The Rite: The Making of a Modern Exorcist (2009) by Mike Baglio. The Rite is the more preposterous of the two—they should have said the parts of film “bear a passing resemblance to a true story”—so let’s take a look at it first:

Having seen the incredibly cheesy trailer, I had to drag myself to this movie, following that self-sacrificial creed (best articulated out by my colleague Richard Crouse: “I see the bad movies so you don’t have to.” I was gritting my teeth for a cheap knock off the The Exorcist. But once the film got underway, I was surprised. At first, it  looked better than I’d expected. The early scenes are sharply directed and handsomely shot. The script sets out with a promising a spirit of theological inquiry. Its American protagonist—a skeptical seminary graduate named Michael Kovic who is sent to Rome to study exorcicism—is portrayed by an Irish newcomer named Colin O’Donoghue, who has the pensive charisma of a young Montgomery Clift. And as Father Lucas, the Welsh exorcist who tries to convince him that demonic possession exists, Anthony Hopkins gleefully rummages around in his full bag of tricks. Shuffling between English and Italian, thinking out loud, muttering to himself like a eccentric sage, he’s all a-twinkle with endless acting chops. And he’s fun to watch, until—spoiler alert!—the exorcist himself becomes possessed by the Devil, and shape-shifts into a volcanic freak show. Oh yes, and there’s a woman tagging along, a journalist played by Alice Braga, who serves no role but to add a feminine presence.

At first, The Rite has at least a measure of  intrigue. As Father Lucas tries to flush a demon from a pregnant teenager, Kovic is full of doubt: is she possessed, or by just  psychotic? Kovic is the audience surrogate, so as Father Lucas tries to convince him the Devil exists, he’s trying to convince us. But then the movie abandons that tension, uncorks a litany of demonic special effects, and tells us to believe . . . everything. That’s when I stopped believing in anything, aside from the fact that suddenly I’m watching a bad movie that’s getting worse by the minute. What’s usually so watchable about Hopkins as an actor is the intricate detail of his restraint. This movie turns him into a latex gargoyle and has him fly so far over the top that he makes Jack Nicholson in The Shining look like Michael Cera. It’s a crime.. Last month I re-watched Who’s Afraid of Virginia Woolf, and was astounded by Richard Burton’s ruthless brilliance, which has not aged one iota. You feel you’re watching the greatest actor who ever lived. Since then, whenever I see Hopkins, his lovely Welsh lilt reminds me of Burton. Both, of course,  were raging alcoholics,  but Hopkins gave up drinking long ago, allowing himself to grow old enough to see his bank account fattened, and his artistic currency cheapened, by blockbusters like The Rite. Too bad. As for the film, it just makes you wonder what actually did happen to this Kovic guy. But that’s why God invented books. 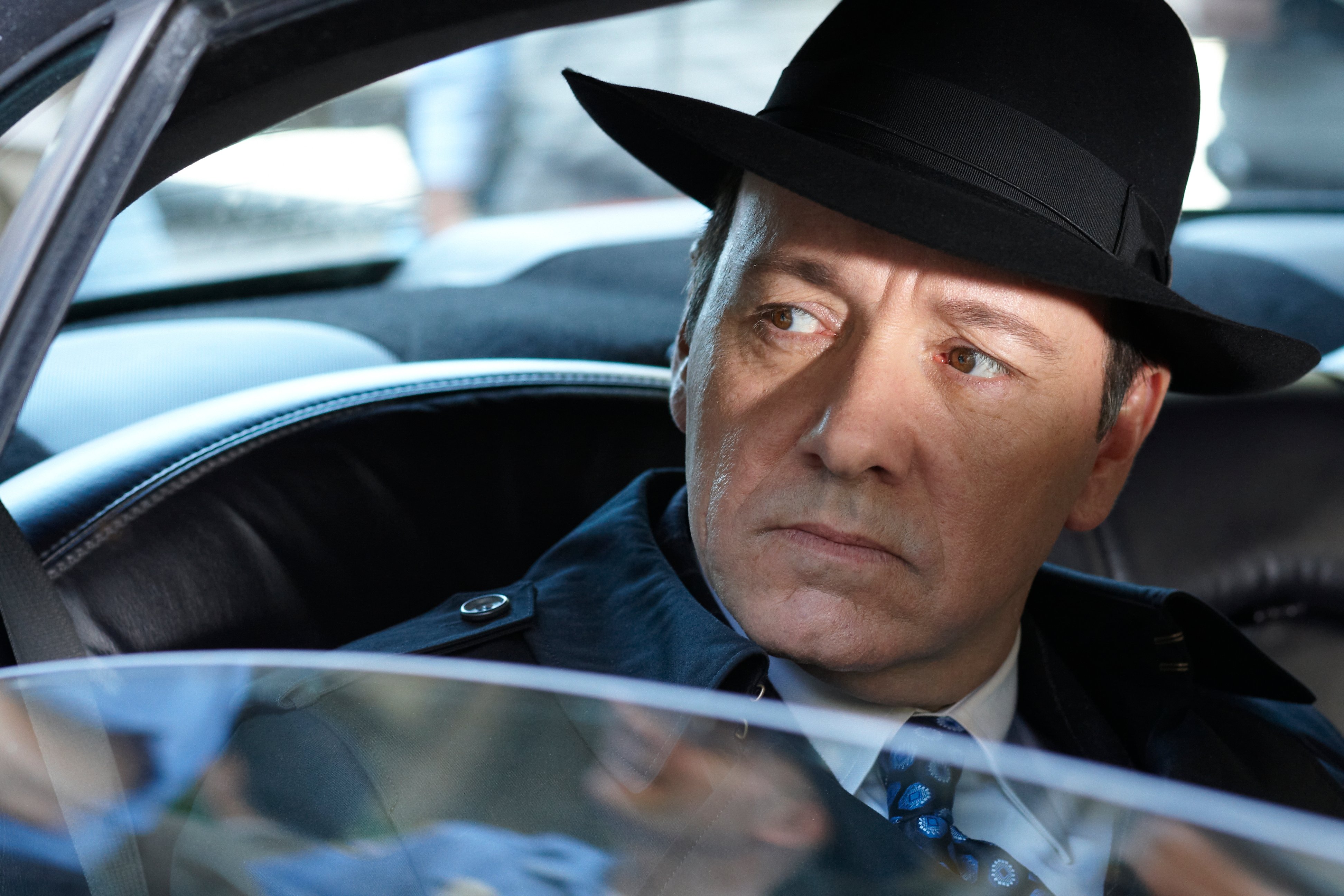 I didn’t know much about Jack Abramoff until I saw Casino Jack. So I can’t vouch for the truth of the story as it appears on screen. I can only assume that it sticks much closer to the facts than The Rite. And it tells a fascinating story that has a ripped-from-the-headlines relevance. This, unlike The Rite, is a movie worth seeing. But I didn’t like it much.  I felt I was watching the “true story” through a mirage of overheated performances by actors competing to show how far they could go in proving the venality of their characters.  In the title role, Spacey creates the film’s most shaded character, allowing us to find some sympathy for this particular devil. As if his imagination is a gilded Hollywood bubble,  Jack lives his life as a movie, constantly quoting scenes from his favorite pictures, which allows Spacey to trot out a variety  of entertaining impressions, mostly of Al Pacino. Abrahoff is also  partly vindicated by the fact that he has at least some ethical boundaries—he is an observant Jew, a loyal husband, and has a pipe dream of making enough money to build a Hebrew school.

His manic partner, Michael Scanlon (Barry Pepper), on the other hand, doesn’t seem to have a spiritual, or ethical, bone in his body.  As he and Abramoff fly a native chief  to a golfing junket in Britain, Scanlon doesn’t just conspire in  defrauding the tribe; he betrays his lovely wife (Rachelle Lefevre) for the party-girl stewardess on the private jet. The film leaves doubt that this adulterous, coked-up reptile of man (who ultimately sells out his partner) is the villain of the piece. He’s on a turbo-binge of greed that recalls the trajectory of Henry Hill in Goodfellas. Except that it’s impossible to summon up an ounce of empathy for Scanlon. It should be said that just because Pepper’s portrayal is so extreme doesn’t mean it’s inaccurate. Truth is often stranger than fiction, and the real Scanlon might have been even more loathsome. But we still have to buy him in dramatic terms. Even the most outrageous characters possess depths of complexity under the surface. I also had a problem with Jon Lovitz, who plays a scumbag mattress salesman in bed with the Mob;  this is an actor whose performance screams: “I’m playing a pathetic human being.” And it’s off-pitch.

Directed by the late George Hickenlooper (Factory Girl, Hearts of Darkness), Casino Jack is a Canadian production that was shot in Ontario and scripted by Toronto writer Norman Snider (Dead Ringers). Hence the presence of Canadian actors such as Pepper, Lefevre, Graham Greene—and the late Maury Chaykin, who gives an absolute gem of a cameo as a soft-spoken but lethal Italian mafioso. There is, in fact, plenty of admirable work in Casino Jack. And as I said, the story is pretty compelling, especially if you don’t know it. But once you get past the wild antics of Abramoff and Scanlon, the edges of the narrative are pretty sketchy—from Abramoff’s marriage to the politics of the Indian tribes and the offshore gambling deals. Perhaps because the film is populated by so many dismal characters, and the filmmaking revels in their excesses with the sort of smug mockery that Spacey tends to incarnate, there’s something deeply unsavoury about it all, which is why I have trouble recommending it more heartily. Then there’s the fact that its spirited director died so tragically young, at 47, of an accidental overdose of painkillers, just three months before the film’s release, which casts a sad pall over the whole enterprise.