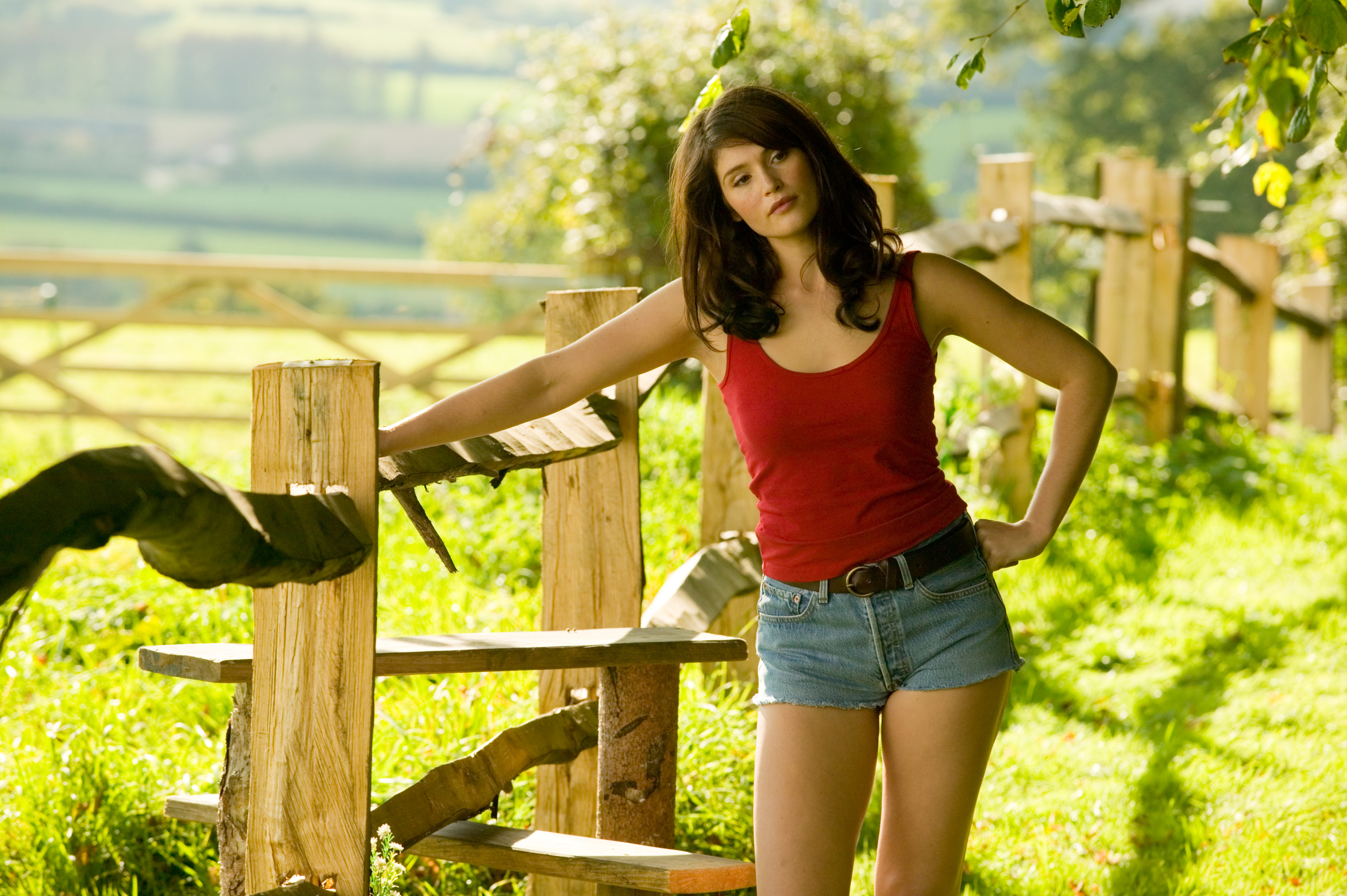 Gemma Arterton in the title role of 'Tamara Drewe'

Given a choice between idle escape and rigorous education at the multiplex, most of us would opt for escape. That’s the whole point of movies, isn’t it? To go elsewhere. But, if you’ve got the stomach for it, the best bet among the films opening this weekend is a densely factual documentary that offers no escape whatsoever from our sordid mess of a world. Charles Ferguson’s Inside Job is a ruthless investigation into the causes of the 2008 financial meltdown. It’s a bit like attending a high level university lecture, with slick visuals and a sombre narrator (Matt Damon, the most trusted man in showbiz) explaining the nuts and bolts of what amounts to the biggest bank heist we’ve ever seen in a movie. The information and analysis comes at us hard and fast. It makes you want to take notes, not eat popcorn. Oscar nominated director Charles Ferguson, a former high-ranking academic, expects us to keep up. And it’s fun trying. To me, economics is like particle physics. Just trying to hold it all in my head for a few moments is a challenge. But Inside Job is well worth the mental effort. To read more about this high-fibre documentary, go to my piece in last week’s magazine: Watching Wall Street squirm. The other two movies I’ve looked at this week—Tamara Drewe and The Girl Who Kicked the Hornet’s Nest—are easier to watch. Both titles refer to provocative, headstrong women, and both films are underwhelming. Tarama Drewe, however, is by far the more enjoyable of the two. No matter what I say, fans of Stieg Larsson’s Millennium series may want to race out to see Hornet’s Nest, but they will inevitably be disappointed. And fans of movies by British director Stephen Frears (The Queen, Dangerous Liasons)  may rush to Tamara Drewe, but this is not his best work. Still, it’s by far the more enjoyable of the two films, if only for the quality of the acting and the sumptuous landscapes.

This ensemble comedy, set in the rolling English countryside of Dorset, has a kooky provenance. It’s based on a graphic novel, by Posy Simmonds, which was in turn inspired by Thomas Hardy’s classic novel Far From the Madding Crowd. The story is set in a bucolic writer’s retreat called Stonefield, which is owned by a famous crime writer, Nicholas Hardiment (Roger Allam), and his stoical wife and manager, Beth (Tasmin Greig). While Nicholas churns out bestsellers without breaking a sweat, patronizes aspiring writers, and seduces young women, Beth does her best to be the good wife,  tending the garden, raising chickens, cooking fabulous meals—and editing his manuscripts. Trouble arrives at a neighbouring farm in the form of Tamara Drewe (Gemma Arterton), who comes home to sell off the family manor. Once an awkward ugly duckling, Tamara is now a saucy babe with a nose-job who parades around in cutoffs. She once had a teenage crush on Andy Cobb (Luke Evans), a rugged gardener and handyman and who resents the landed gentry. As a boy, he saw his family home sold to Tamara’s family. Those simmering class resentments are stirred up again as Tamara takes up with a preposterous rock star (Dominic Cooper), who seems to have studied at Russell Brand’s Aldous Snow School of Bratty Entitlement. He, meanwhile, is being stalked by a pair of obsessed teenage girls from the local village. As Nicholas, the celebrity crime writer, tests his wife’s patience with another bout of adultery, one of the retreat’s writers—a homely American academic (Bill Camp) who’s mired in a book about Thomas Hardy—begins to offer his long-suffering wife the affection she’s missing.

If that sounds like a lot of plot summary, it’s just the beginning. The story and the characters are too contrived for words. I guess that goes with the graphic novel turf. But I enjoyed watching Tamara Drewe, which plays like a rural Woody Allen movie. The satirical asides about literary ambition and pretension are all nicely observed. Allam and Greig made a convincing train wreck of a couple. And both the English landscapes and the movie’s English Rose, Gemma Arterton, are so sublimely beautiful they seem barely real. But then again, maybe that’s the bold aesthetic of the graphic novel creeping in. As Frears candidly points out, “When I met her, Gemma Arterton did immediately remind me of the drawings because, well, she’s so curvy, isn’t she, she’s like a sort of line drawing in her own way. She’s a wonderful girl, warm and funny. I thought, ‘Oh, I’d like to watch her for 90 minutes.’ I mean – as simple as that, really.” Sounds like a lazy excuse for making a movie. But at least he’s being honest. 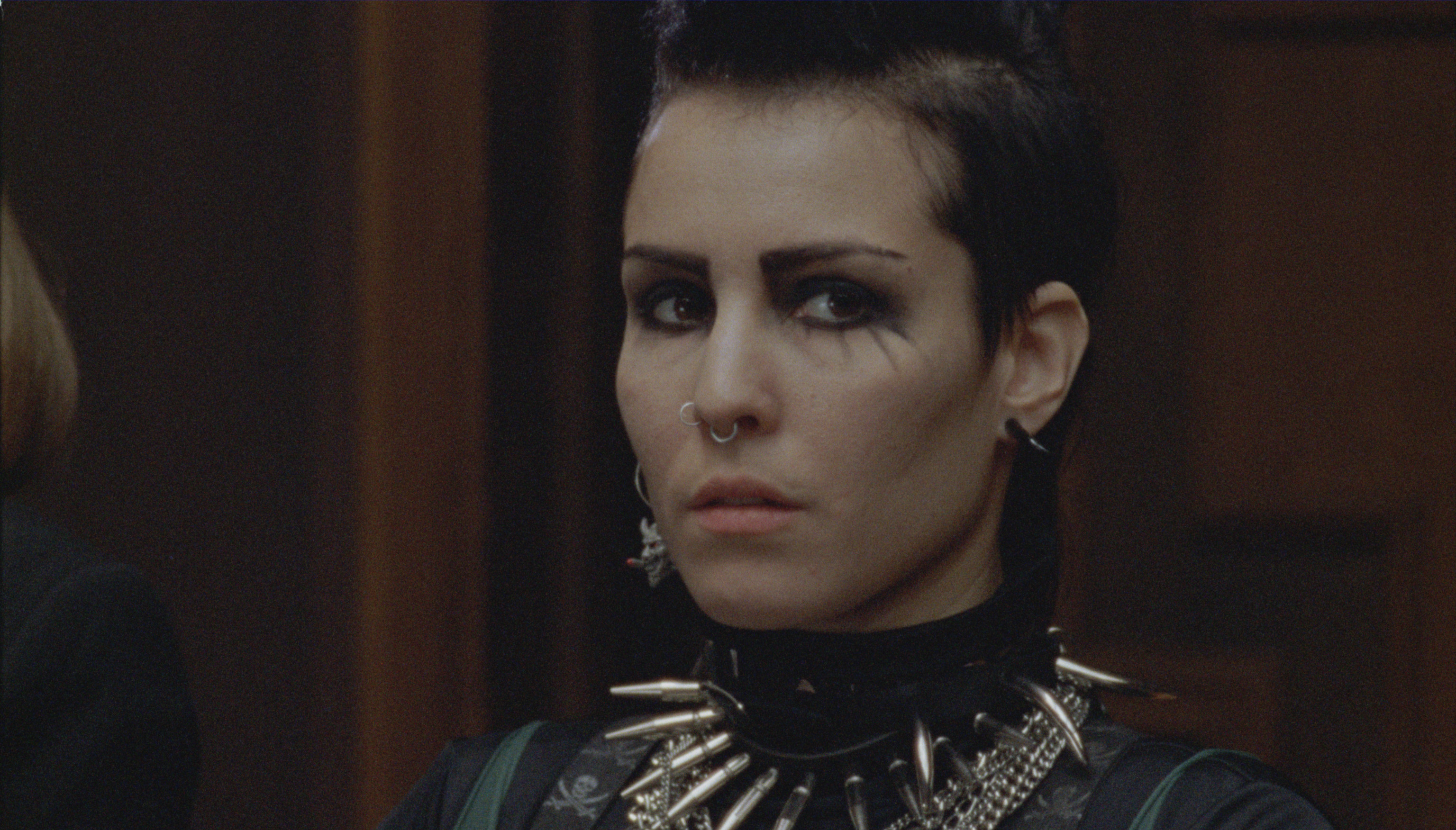 Noomi Rapace in 'The Girl Who Kicked the Hornet's Nest'

The Girl Who Kicked the Hornet’s Nest

I feel some sense of satisfaction in knowing that I’ve now read all three novels in Stieg Larsson’s Millenium trilogy and seen all three movies in the Swedish-language mini-series adapted from them. And there’s a curious paradox that emerges. Perhaps the weakest of the novels is the first one, The Girl With the Dragon Tattoo, and the strongest is the last one, The Girl Who Kicked the Hornet’s Nest, in which all the threads of Larsson’s ambitious narrative are brought together with masterful finesse in story that takes our heroine from a hospital bed to a courtroom. With the movies, however, it’s the other way around. The best of them is Dragon Tattoo, and the worst is Hornet’s Nest. There’s one obvious reason for that. Dragon Tattoo was shot by a genuine filmmaker, Niels Arden Oplev, while the other two movies were crafted in a more pedestrian style by a TV director, Daniel Alfredson, who faithfully plods through the book’s plot, creating an uninspired precis, which is still boast an epic length of 148 minutes. But there’s another reason that the final movie has problems. It’s central character, cyber-punk heroine Lisbeth Salander (Noomi Rapace) spends a large chunk of it confined to a hospital bed, virtually immobilized, and is offstage for much of the remainder. In the novel, that’s not such a big issue. As a kind of one-woman anti-conspiracy, she spreads her spider senses through the narrative, and our imagination, and exerts a hold on us even when she’s physically absent. When she’s offscreen in the film, she’s just not there. The other problem is that by the third book, the S&M-like sexual tension between Salander and Michael Blomqvist (Michael Nykvist), with its creepy father-daughter dynamic, has completely vanished from the story.  And without that essential friction, the movie turns into a procedural exercise. There’s no denying that Salander’s is rivetting whenever she’s on camera, but after her incendiary debut in the first film, by now she seems diminished, squandered by her director. David Fincher has already started shooting the Hollywood version of The Girl With The Dragon Tattoo. If he decides to persevere to the end, hopefully, he’ll have better luck.