Featuring great photographs from Libya, Japan, and a basketball game aboard a U.S. warship

Every year, thousands of photographs are viewed, edited argued over, and finally selected by Maclean’s photo department for the pages of the magazine. For the Year in Pictures issue, we were looking for the best images that told the story of 2011. A great news photograph must do many things besides record a moment, the most important of which is to create an emotional response in the reader. Joy, outrage, sympathy, laughter; you know it when you see it. Below are our 10 favourite news photos of 2011. 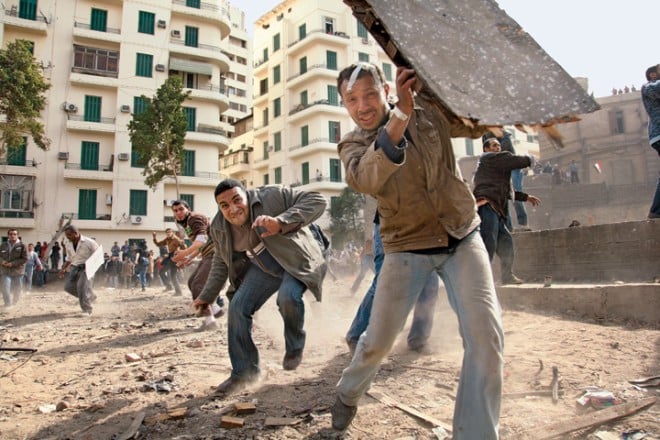 Anti-Mubarak demonstrators clash with Mubarak supporters on the outer edge of Tahrir Square in Cairo for a second day. Most of the conflict involved throwing stones though the occasional molotov cocktail was also used. (Photograph by Roger Lemoyne) 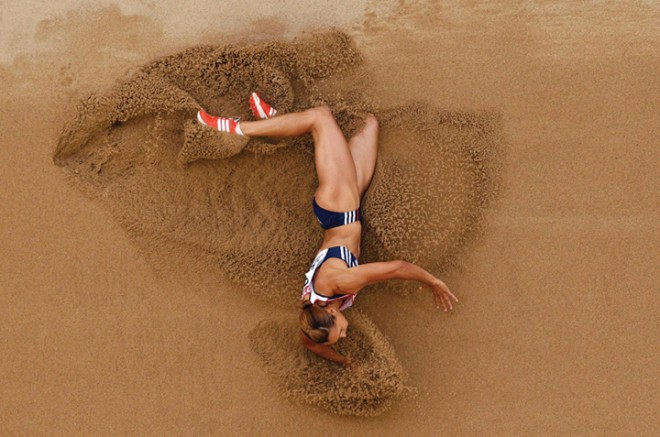 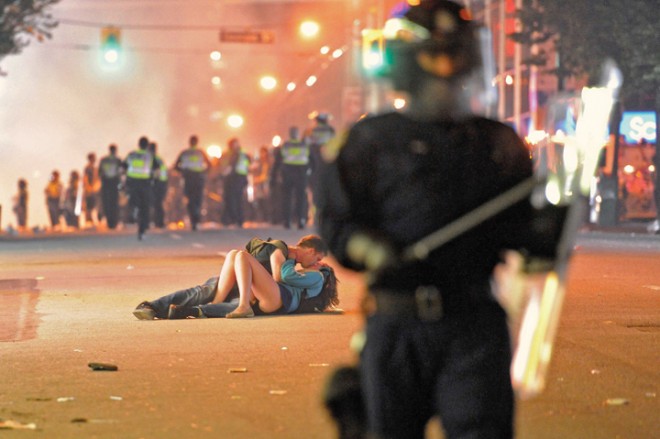 Riot police walk down the street as a couple kiss on June 15, 2011 in Vancouver, Canada. Vancouver broke out in riots after the Canucks lost in game seven of the Stanley Cup Finals. (Rich Lam/Getty Images) 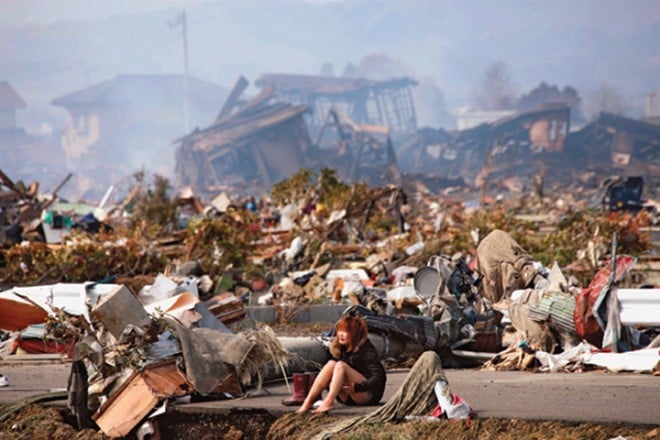 A woman cries while sitting on a road amid the destroyed city of Natori, Miyagi Prefecture in northern Japan March 13, 2011, after a massive earthquake and tsunami that killed more than 15,000 people. (Asahi Shimbun/REUTERS) 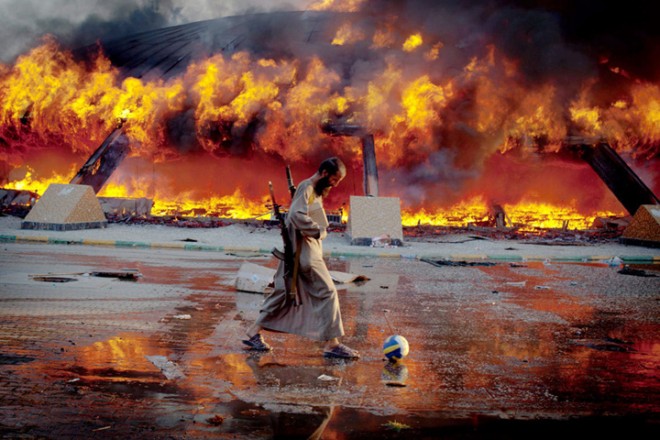 An armed Libyan rebel fighter kicks a soccer ball near Moammar Gadhafi's Bab al-Aziziya compound as it is engulfed in flames. Libyan rebels captured the palace after days of fighting for control of Tripoli. (Maxppp/ZUMAPRESS) 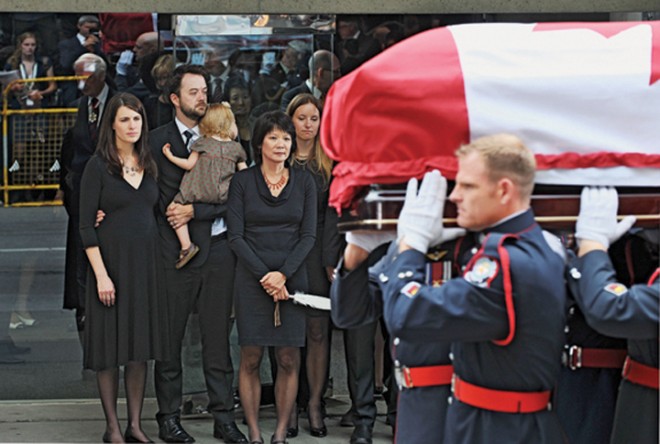 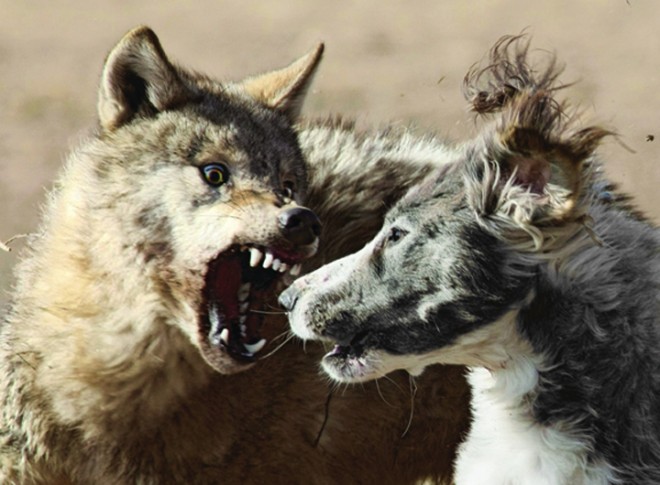 Kyrgyz wolfhounds attack a chained wolf during the Kyrgyz traditional Hunters' Festival Salburun, near the town of Cholpon-Ata, some 250 km east of the capital Bishkek. (Vladimir Pirogov/REUTERS) 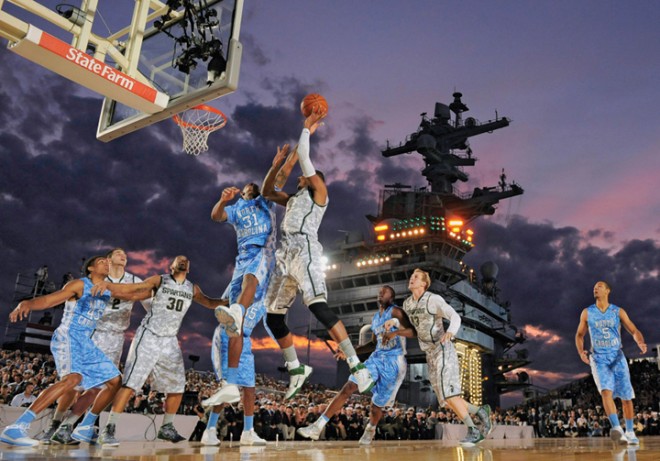 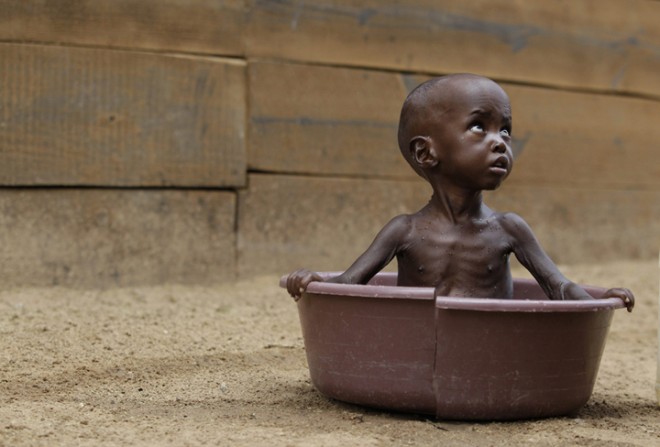 Two-year-old, Aden Salaad, looks up toward his mother, unseen, as she bathes him in a tub at a Doctors Without Borders hospital, where Aden is receiving treatment for malnutrition, in Dagahaley Camp, outside Dadaab, Kenya, Monday, July 11, 2011. (Rebecca Blackwell/AP) 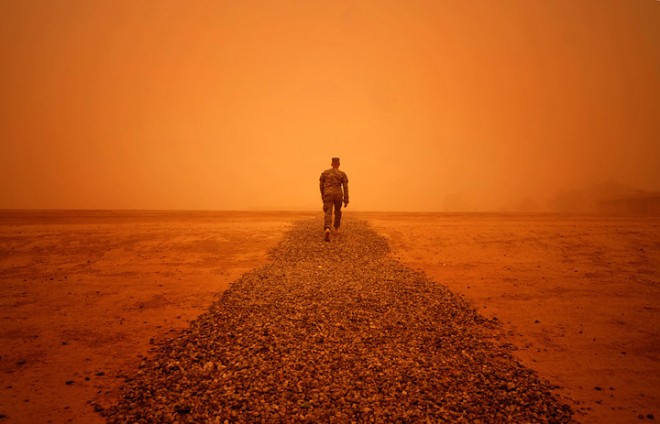