Patricia Arquette and the tyranny of good intentions

Patricia Arquette is not Gloria Steinem or Sheryl Sandberg. She is an actress. That is all. 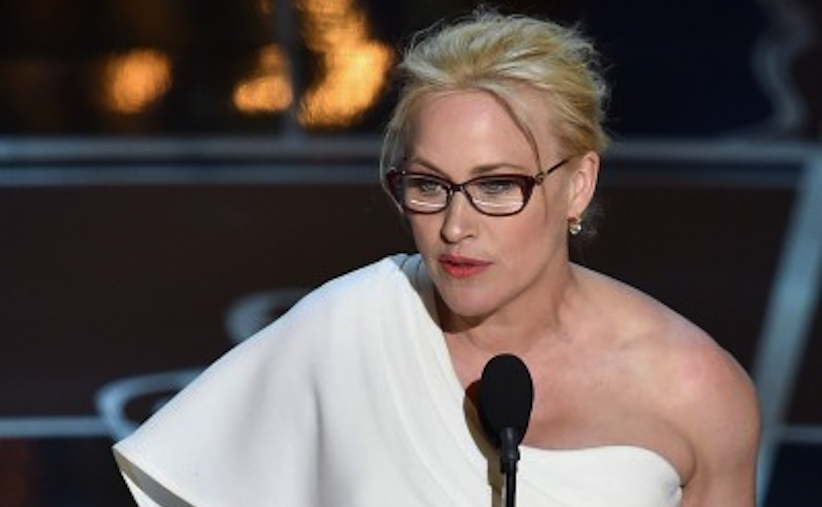 Patricia Arquette won an Academy Award for her performance in Boyhood, a movie made over 12 years. She then made a gaffe that went viral in less than 12 seconds. After she her used her acceptance speech to demand equal pay for women—an appeal that brought Meryl Streep and Jennifer Lopez to their feet—Arquette said this backstage:

“It’s time for all the women in America, and all the men that love women, and all the gay people and all the people of colour that we’ve fought for, to fight for us now.”

As far as award-show blunders go, this one appeared pretty tame. Arquette didn’t interrupt another speech or French-kiss her brother. She made an awkwardly worded and ostensibly booze-fuelled rallying cry for equality, one that seemed to imply, albeit probably unintentionally, that gays and people of colour are indebted to the feminist movement. (This statement came off as especially bizarre and tone-deaf to feminists who are also women of colour, as it implies they are indebted to themselves.)

Yet, despite trying, and failing, to set the record straight in a series of tweets championing equal rights for all women regardless of race, Arquette trended on nearly every social media platform imaginable—not as a heroic figure, but as a disloyal one. Her words are being dissected and ridiculed as though she is Gloria Steinem or Sheryl Sandberg; in other words, someone with an authoritative feminist world view on all matters of intersectional feminism. She is not. She is an actress, a fact I point out not for the purpose of derision, but for perspective; i.e., give the lady a break.

Everyone following this story, even the perma-vexed over at Vox and Think Progress, is aware Arquette meant well. No one, it appears, is under the impression that she seriously believes people of colour and gay-rights activists are ingrates, unwilling to do their share in the fight for universal human rights. Nor is it likely Arquette meant anything by her statement besides, “Marginalized groups are all in this together.” So why disregard the spirit of her message to focus on its flawed delivery?

I think I know the answer, summed up neatly in one tweet by Imani Gandy, a writer at RH Reality Check. “Arquette had the best of intentions, but it’s 2015. We are so beyond ‘best intentions.’ ”

Related reading: Surprised by Birdman‘s success? Check your hypocrisy at the door.

In other words, we are so beyond the benefit of the doubt—something rarely, if ever, given these days in social justice circles, where an almost gleeful impulse exists to “call out” politically incorrect or offensive speech. This is an especially popular tendency on university campuses, one highlighted in the aftermath of Jonathan Chait’s blockbuster piece on political correctness in New York magazine last month. Lost in that mostly polarizing debate about PC language was a blog post by Frederik deBoer, a college instructor who wrote about how hard it is to reconcile his belief in the merits of political correctness with an increasingly hostile “call out” culture in his classroom—a culture that frequently alienates well-meaning people who say the wrong thing in a discussion about social justice. “I want a left that can win,” deBoer writes, “and there’s no way I can have that when the actually-existing left sheds potential allies at an impossible rate.”

I understand the impulse to shed imperfect allies—or perceived enemies. When I receive homophobic letters from readers, which I do often (last week, especially), I am tempted to republish them on Twitter or on Facebook, and count up every “Like” and “retweet” as additional proof of the senders’ ignorance and stupidity. But what would that accomplish? Is my goal to shame or to foster change? I’ve learned the latter is far easier to accomplish when I ignore the impulse to do the former.

It’s safe to say Patricia Arquette, an Oscar winner with an estimated annual income of more than $20 million, will be just fine if nobody ever gives her the benefit of the doubt on any issue for the rest of her life. But this isn’t really about Arquette. It’s about a social justice movement’s tendency to turn teachable moments into moments of scorn and snark. It’s about lost opportunities. After all, when you give people a chance to make things right before you jump down their throats, they tend to surprise you.