Paul Ryan: A life's experience brings him to job he never wanted

Republican set to become Speaker of the House, second in line to the presidency 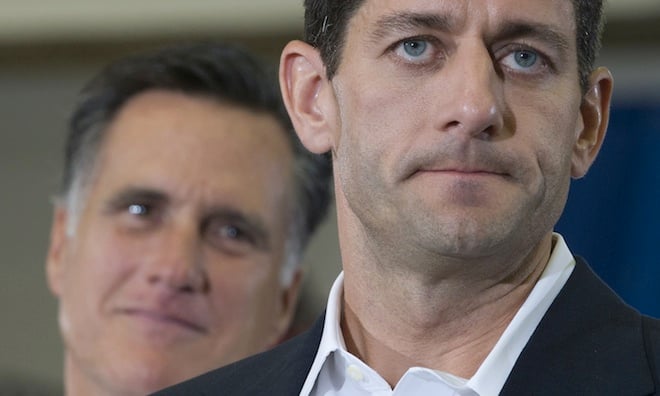 WASHINGTON — Rep. Paul Ryan has spent his entire life preparing for a job he says he never wanted.

Ryan worked as a congressional intern in college, returning later to work as a paid staffer on Capitol Hill. By 28, he was a member of the House. By his early 40s, he was the chairman of the House Budget Committee and then the powerful tax-writing Ways and Means Committee. In 2012, he was the Republican vice-presidential candidate and a talked-about future presidential contender.

This week, Ryan is set to become Speaker of the House, second in line to the presidency and the most powerful position in Congress.

He’s popular among his colleagues, known for his strict workouts in the House gym and his intense, wonky enthusiasm for fiscal policy. He’s also seen by some as a bridge between the embattled Republican establishment and hardline conservatives who successfully pushed out the current House Speaker John Boehner.

Bringing his caucus together won’t be easy. The hardliners support him, but are watching closely to see if he can really change the way things are done.

“He is a great team builder, consensus builder even though he has very clear ideas of his own,” says Kansas Gov. Sam Brownback, who was Ryan’s boss when Brownback was in Congress. “He works very well with others and I think that is going to serve him very well in a tough job.”

After weeks of Republican chaos in the wake of Boehner’s late September announcement that he would step down, Ryan was seen by many as the only viable replacement. The 45-year-old lawmaker demurred, repeatedly saying he didn’t want the job and was concerned about the impact on his family. But he eventually gave in, and is poised to be elected Speaker on Thursday by the full House.

Not everyone praises Ryan.

Some members of the conservative Freedom Caucus, the group largely responsible for Boehner’s decision to step down, have expressed concerns that Ryan, whom Boehner pushed to run, will be more of the same. The group has criticized Boehner for working with Democrats and negotiating legislation behind the scenes, without input from all sides of the caucus.

Ryan secured the support of the group — one of his conditions for running — by pledging to open up the legislative process.

Entering Congress as a 28-year-old in 1998, he had similar complaints about the way Congress worked and idealistic views about limiting government.

“One of the first lessons I learned was, even if you come to Congress believing in limited government and fiscal prudence, once you get here you are bombarded with pressure to violate your conscience and your commitment to help secure the people’s natural right to equal opportunity,” Ryan wrote in a 2010 book.

He opposes abortion rights and same-sex marriage, and has a top rating from gun-rights groups. But in conflict with some Republicans, he supported the auto industry and bank bailouts that many in the party’s right flank criticized.

But his focus has always been budget and tax policy. He is a disciple of, and past aide to, the late Rep. Jack Kemp, once a Republican vice-presidential nominee himself who effusively promoted tax cuts as a central tenet for economic growth.

Ryan has said he wants to overhaul the tax code and rework the nation’s welfare system. He considered being the chairman of the Ways and Means Committee his dream job.

Another was his family.

Unlike previous, older speakers, Ryan has three school-age children and he says firmly that they are his priority. The Ryans live in Janesville, Wisconsin, on the western edge of his district that runs from the shores of Lake Michigan through farm country south of Madison.

“I cannot and will not give up my family time,” he said when he announced his candidacy for speaker, an unlikely spokesman for balancing work and personal life. His own father died when he was 16.

Republican Rep. Tom Rooney said that commitment to family is real for Ryan.

“I think the guy generally wants to be a good dad,” Rooney says. “And it’s not fake. There’s a lot of people out here who want to be fake good dads, because it will look good on their resume and their ambitions.”

Rooney said a lot of politicians are “a mile wide and an inch deep. He’s the opposite.”