Photos: Arrest made in California wildfire 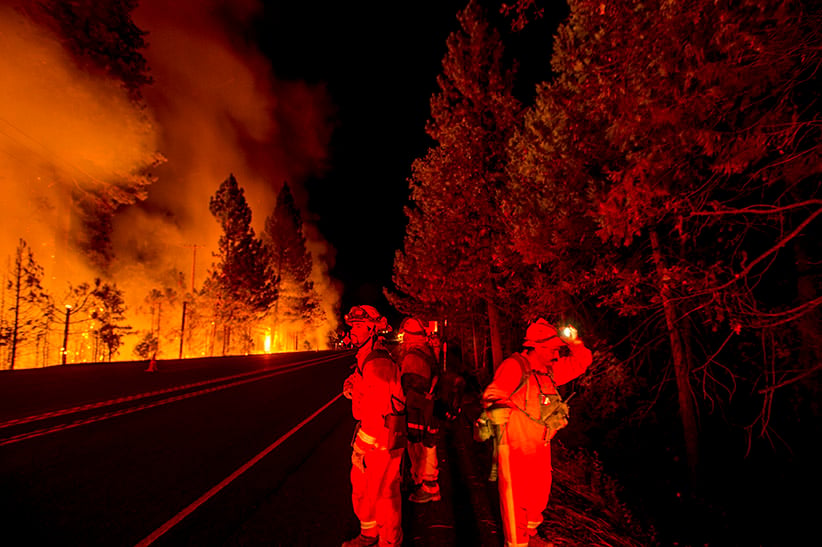 PLACERVILLE, Calif. — A man with a lengthy criminal history has been charged with deliberately starting a Northern California wildfire that has shown explosive growth and driven nearly 2,800 people from their homes, authorities said Thursday.

Wayne Allen Huntsman, 37, was arrested late Wednesday in Placerville and booked into El Dorado County Jail, where he was being held on $10 million bail. Huntsman faces a forest-land arson charge, along with a special allegation of arson with aggravating factors because the blaze east of Sacramento put a dozen firefighters in serious danger, forcing them to deploy their fire shields. They all escaped unharmed.

The wind-whipped fire burned through 114 square miles and was 10 per cent contained, according to California Department of Forestry and Fire Protection.

The blaze, which started Saturday, has been fueled by heavy timber and grass that is extremely dry because of California’s third straight year of drought. It is costing $5 million a day to fight, Cal Fire officials said.

“It is extreme fire behaviour,” said Michelle Eidam, a captain with the Sacramento fire department who was helping with the blaze. “All bets are off right now because this fire is so volatile.” 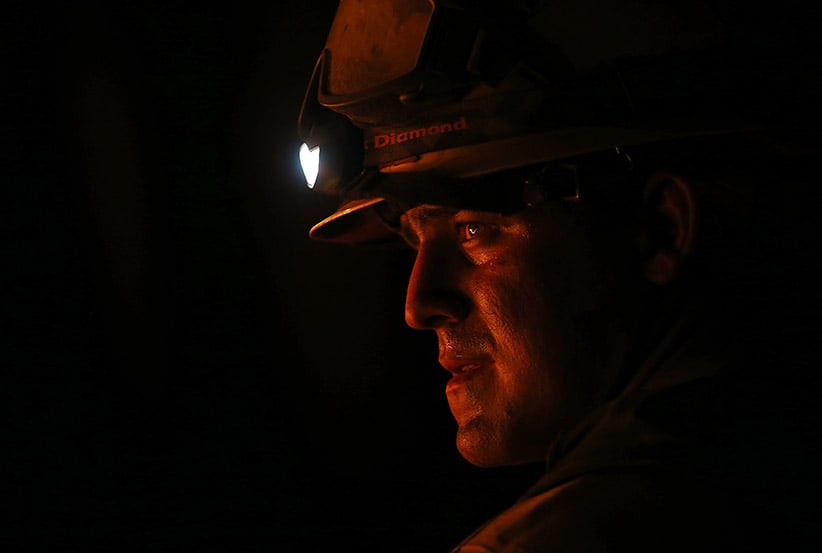 firefighter monitors a backfire as he battles the King Fire. (Justin Sullivan/Getty Images) 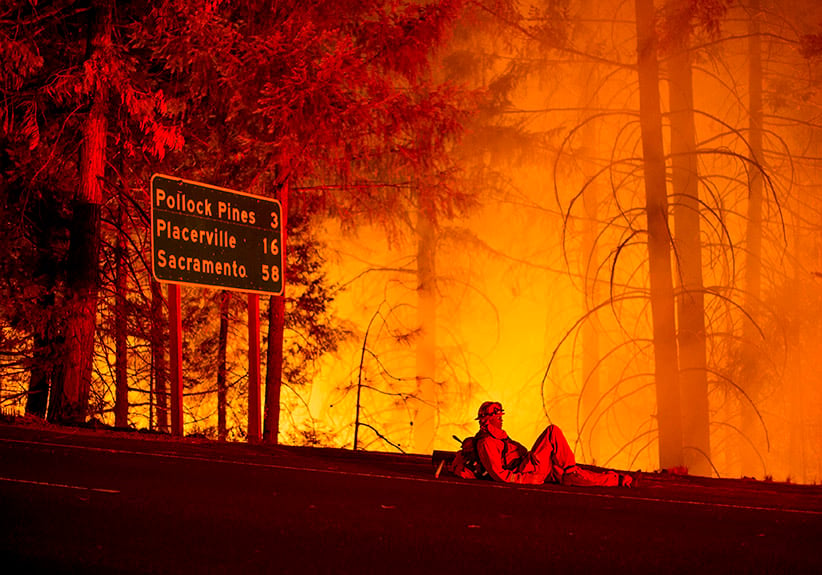 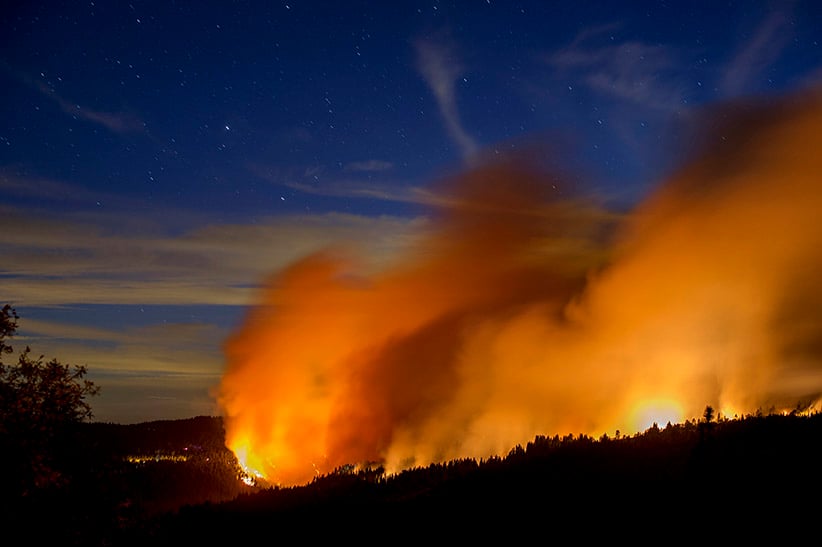 Flames and smoke from the King Fire fill the sky. (Noah Berger/Reuters)