What's Hoffman doing in this sentimental farce—that strips 60s music of its context and significance? 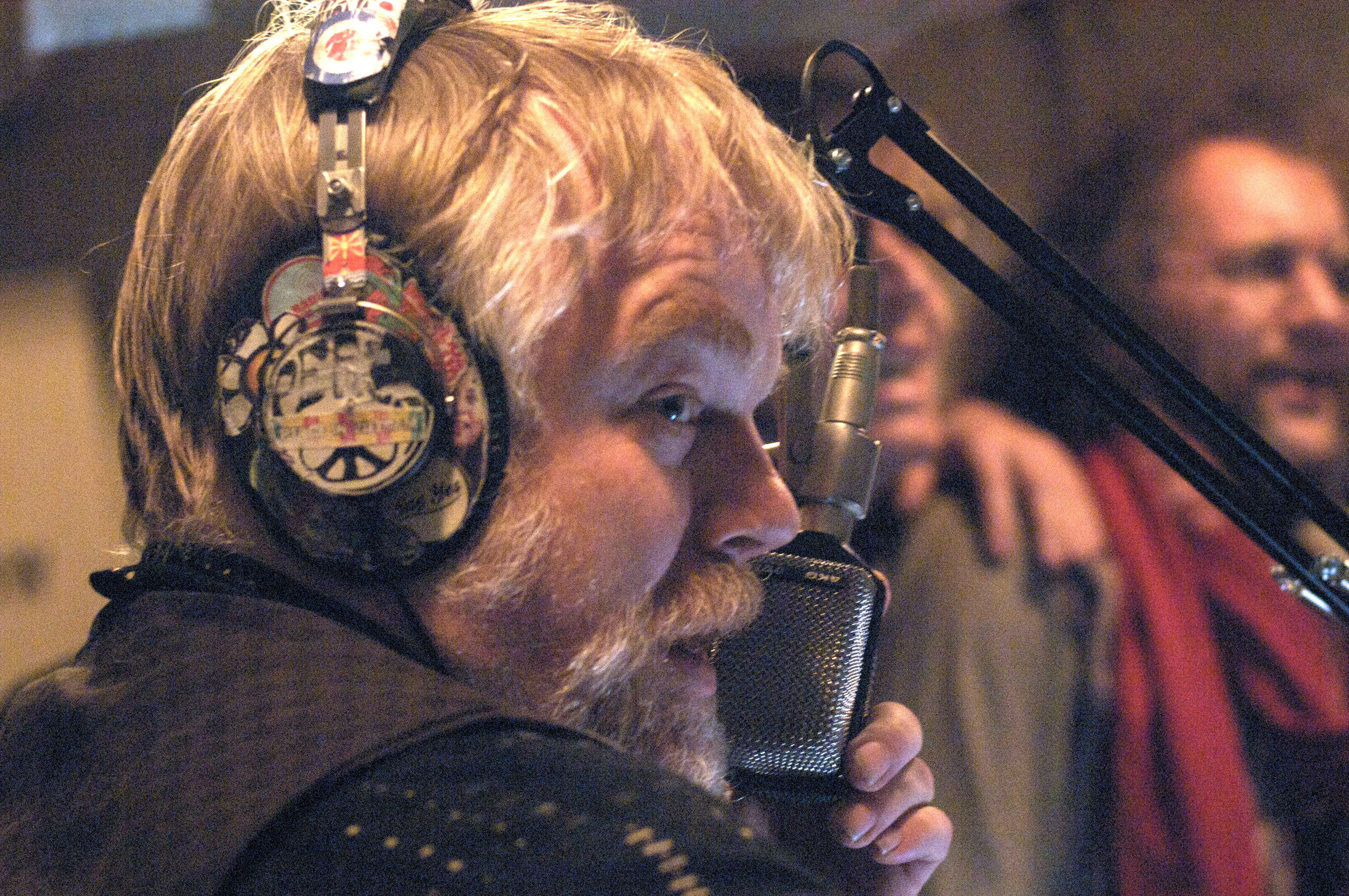 British comedy is a funny thing. It’s famous for being smart, sharp and nuanced—unlike Yank humour, which is supposed to be dumb, crude and obvious.  Or at least that’s the cliche. And it’s true that much of  North American sketch comedy, from SCTV to SNL, owes its cutting edge to the outlaw absurdism of English shows like Monty Python’s Flying Circus and Beyond the Fringe.  But there’s more than one kind of Brit comedy. As someone who had an English upbringing, I can recall that my first childhood experience laughing my ass off in a movie theatre was at one of the slapstick ‘Carry On . . . ‘  pictures.  Don’t remember which one. Maybe Carry on Nurse.  But I remember it depended heavily on toilet gags, and I couldn’t believe I was watching it with my parents. Pirate Radio offers fresh evidence that Brit humour can be as bone-headed as the American variety. It’s the latest ensemble comedy from Richard Curtis,  who wrote The Tall Guy,  Four Weddings and a Funeral, Bridget Jones’s Diary, and Notting Hill and who directed Love Actually. Perhaps more than anyone, Curtis, who has also worked with Mr. Bean, draws on the full repertoire of Brit humour, from astringent wit to broad slapstick. But in this case, despite some flashes of wit, Curtis goes off the deep end of sentimental farce, as if desperately seeking a comic tone to match the grandeur of rock’n’roll excess.

Pirate Radio looks  seductive. It’s got a dynamite cast—featuring Billy Nighy, Philip Seymour Hoffman, Kenneth Branagh, Emma Thompson, Rhys Ifans and Rhys Darby (Flight of the Concords)—you gotta love an ensemble with two Rhys’s. The soundtrack, upholstered with a wall-to-wall playlist of ’60s hits, is also quite fabulous. But the movie, which opened in the U.K. seven months ago, has been slow to wash up on these shores. And now it’s clear why. For all the talent attached to it, Pirate Radio is nowhere near as good as it should be. It purports to portray an authentic and fascinating phenomenon—the rock’n’roll outlaws who manned radio stations on boats outside Britain’s coastal jurisdiction so they could flaunt the country’s stingy broadcast standards and play non-stop rock. But the film is so safe, and silly,  it does a disservice to its subject, its stars and its soundtrack.

The boat’s motley crew includes the captain and station owner, Quentin, (a whimsical dandy played by Nighy); a subversive American deejay known as the Count (Hoffman); a preening pretender to rock royalty who becomes his revival (Ifans); a variety of other oddball broadcasters; and a lesbian cook (Katherine Parkinson), who is the sole woman on board. The closest thing we have to a protagonist is Quentin’s godson, Carl (Tom Sturridge), a kind of cabin boy who’s on a dual coming-of-age mission—hoping to lose his virginity and track down his long-lost father. Amid the loud clutter of male comic egos aboard the boat, the boy’s story is rather under-ripe. He appears to be a serious amateur photographer. His cabin is festooned with black and white prints hanging from clothespegs. And to drive home the Blow-Up homage, the girl of his dreams is a cute young fan (Talulah Riley), who has been styled to look almost exactly like Jane Birkin as one of the two dolly birds who had the threesome with the photographer in  Blow-Up. But the photography obsession is never developed, or was left on the cutting room floor.

Aside from shipboard shenanigans involving lost condoms and deejay pissing contests,  the story hinges on the cat-and-mouse game between the radio pirates and a stuffy cabinet minister who is determined to shut them down—played by a hammy Kenneth Branagh with a Hitler moustache. And, without giving anything away, let’s just say the plot flies off the rails with an ending so preposterous and sentimental it would make a Hollywood studio executive blush.

Along the way, between the songs and the cast, there’s a fair bit of guilty pleasure to be had. There’s ample ballast boomer nostalgia, and I certainly wasn’t immune to it.  But the movie’s slick  style completely undermines the ethos of rock rebellion that the characters are allegedly devoted to.  This is the ’60s sanitized for the Starbucks generation—a boatload of rock’n’roll outlaws without a trace of drug use or a soupcon of radical politics. Give me a break. Pirate Radio strips the music of its context and significance. And as the credits rolled, my mild annoyance at this kind of cultural fakery turned to outrage when a triumphant crawl of text proclaimed that rock and pop is now thriving around the world, played on some half a million radio stations. Huh??? Anyone who knows and cares about real rock’n’roll radio knows that on the AM and FM airwaves, it’s in a coma. Most of the so called classic rock stations are scrupulously formatted with franchise-controlled playlists. Rather than reviving the outlaw spirit of 60s rock, in the end  Pirate Radio is just one more example of how it’s been hijacked.