Putting out the truth about Israel 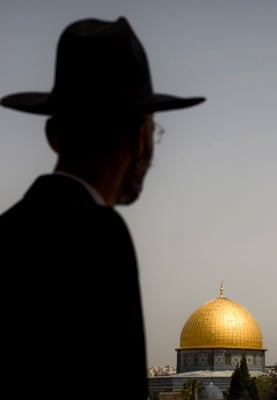 How on earth did I end up this Passover week reaching into the murky world of the many Canadian groups that have formed an anti-Israel coalition? The impetus came via the University of Ottawa’s obscene letter to Ann Coulter, which led me to remember, not unnaturally, the letter written by University of Toronto president David Naylor last May to Maclean’s. His was designed to put me in my place after I had described university presidents such as Naylor as “enablers” of anti-Semitism. The place he actually put me in was the belly of the beast where the elements that make up the common front of Canada’s anti-Israel coalition dwell.

I’ve seen the detritus of Israeli Apartheid Week in previous years on campuses, including Wanted for Murder captions on photos of prominent Israeli and American politicians. I missed the York University decor of barbed wire and photographs of Jewish students with derogatory remarks on them. “I will eat my hat,” I wrote to Naylor, “the day any of [these university presidents] allow an anti-Islamism Week…organized by Jewish students with models of suicide terrorists and photos of Muslim students with negative attachments.” President Naylor sent me a hat, but the reason for which I had offered to eat it was sadly lacking.

“Three years ago,” Naylor wrote, “a Zionist student group at U of T organized just such a series of sessions.” The event he was referring to was “Know Radical Islam Week,” which was a series of lectures on civil rights and human rights under radical Islamism as well as a look at “Terrorism at Our Doorstep” by David Harris, former chief of strategic planning for CSIS, and “Domestic and International Terrorism” by professor Salim Mansur. Hardly a campaign to delegitimize a nation-state.

Naylor’s prose was sprink­led with watchwords. “Universities,” he wrote, “have a unique responsibility to provide a safe venue for controversial discourse.” Ping! “Safe venue” or sometimes “safe environment”—take your choice. That means authorities will allow programs not likely to be violently protested, and discourage or cancel those that bring out the mob. (Vide Ann Coulter at the University of Ottawa, Benjamin Netanyahu at Concordia, briefly Daniel Pipes at York—reinstated by then-president Lorna Marsden.)

“We don’t like the polarizing advocacy,” continued a beetle-browed Naylor. Ping! “Polarizing.” This, you will discover, means that everything is done to make life easier for the most militant and oppressive types, while the meeker side is discouraged with onerous requirements that force cancellation, as happened this past February with the Christians United for Israel at York University, who were given a list of conditions for their meetings that included financing their own security (unlike Israeli Apartheid Week). Bravo boys. Brave stuff this.

What intrigued me was not whether Naylor actually believed what he wrote (how could he), but that he had to rest his case on so slim a reed. Why no organized efforts by students since 2006 supporting Israel to counter the lies and agitprop of Israeli Apartheid Week?

The answer lies in how Israeli Apartheid Week—now pretty much Israeli Apartheid Year—works. Dozens of groups that may not see eye to eye on any other issue (what on earth could the Toronto Women’s Bookstore have in common with CUPE Ontario and High Schools Against Israeli Apartheid apart from their left-wing inclinations and hatred of Israel) will come together to back Israeli Apartheid Week. The Coalition Against Israeli Apartheid (CAIA) doesn’t list all groups supporting it—in itself telling, though the entrails can be glimpsed by sifting through blogs and Facebook pages. Wherever the money comes from, there’s plenty to finance the sophisticated Web page, videos, media presentations and organization. Allegedly, some organizers enrol in just one university course to get that valuable student card to book sites and organize on the campus. One highly visible activist, Ahmed Habib, seems to have been connected to York U for seven years before going to al-Jazeera.

IAW began in 2005, concentrating on the vocabulary of hate: link Israel to “apartheid.” Israel as the new South Africa. Settlements equal aggression. These topics became the modern version of the Protocols of the Elders of Zion. Repeat a lie often enough and it becomes an accepted truth. Most students wouldn’t have a clue about the details of the various UN resolutions, don’t know what “right of return” really means, couldn’t tell you that there never existed a country called Palestine. Now the campaign has added BDS to “apartheid”: Boycott, Divest and Sanctions.

In contrast, those Jewish students who have ideas on how to counter IAW lack funding and organization. The mainstream Jewish organizations such as the United Jewish Appeal and B’Nai Brith allegedly won’t back a confrontational campaign. They finance campus efforts like Hillel House. What’s lacking is a united Jewish community that can sit down at the table like the CAIA with one goal: put out the truth about Israel. Given this lack, plus the legendary diversity of opinion among Jews, it’s easy to see how absolutely nothing gets done and the virus spreads.

What should university administrators do? Free speech is a right, but to effect it is a responsibility. The role of the university is not to organize opposition to any cause but to make it loud and clear that it will support and defend equally any group that wishes to counter a cause, whether it is Israeli Apartheid Week or global warming. Encourage dialogue, in other words, rather than protect the monologue of the intense and violent, under the pretext of providing “safe environment” or avoiding “polarizing.”

It won’t do to point to apples when critics say no oranges are being served. A few scholars giving papers on terrorism don’t equal annual weeks of hate-in against a country and its people. So far, I’m not eating any hat.