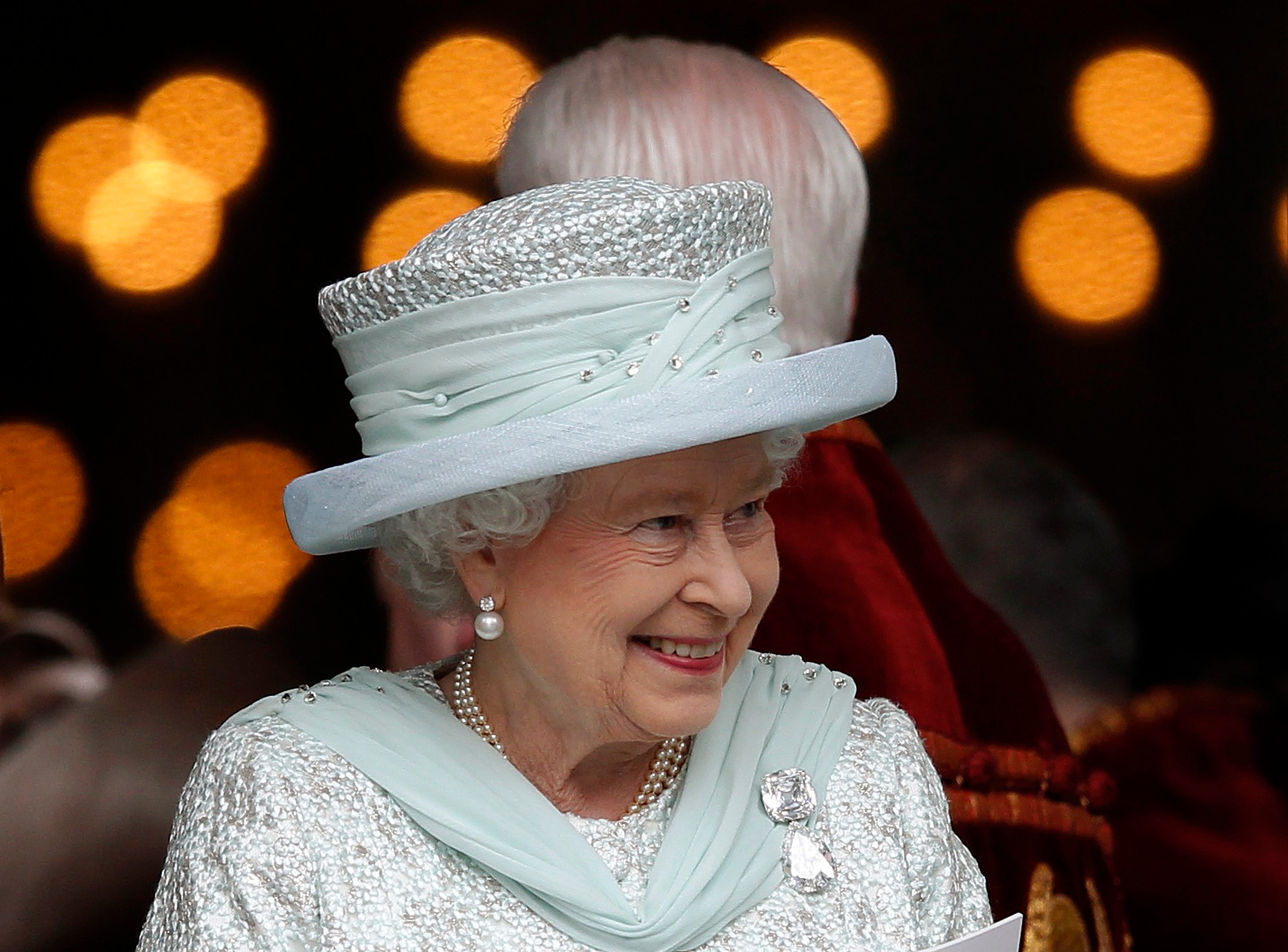 SANDRINGHAM, England — Queen Elizabeth II used her Christmas message Friday to proclaim that light can triumph over darkness in these perilous times — and to comment on the joys of having a new great-granddaughter, Princess Charlotte.

Elizabeth acknowledged the difficult times the world faces but said there is no cause for despair, no reason to give up hope. The Queen’s speech has been a tradition since Elizabeth first delivered a Christmas message live on radio in 1952.

“It is true that the world has had to confront moments of darkness this year, but the Gospel of John contains a verse of great hope, often read at Christmas carol services: ‘The light shines in the darkness, and the darkness has not overcome it’.”

On a lighter note, she remarked on the birth of Charlotte to Prince William and his wife, Kate, in May.

She spoke in a prerecorded message from the 18th Century Room at Buckingham Palace, sitting next to a decorated fireplace and Christmas tree.

The highly personal Christmas message is a focal point of the royal family’s holidays. The queen writes the brief speech herself, while she receives help from senior ministers on most other speeches.

She often refers to her Christian faith during the talk, as she did this time, but she also made clear that the beauty of a decorated Christmas tree can be enjoyed by people of all faiths and by those without formal religious belief.

Elizabeth wore a white and silver tweed day dress by Angela Kelly during the speech, accessorizing it with an art deco diamond and aquamarine brooch that belonged to her late mother. The table she sat next to was decorated with a portrait of Prince William, Kate and young Prince George.

The senior royals usually spend the Christmas holidays at Sandringham, a sprawling estate in Norfolk, 175 kilometres north of London. They usually exchange gifts on Christmas Eve and attend a church service on the grounds before enjoying a gala lunch and, sometimes, a walk in the woods.

The Queen, in a festive red coat, arrived in a Bentley to lead the family to the service amid some sprinkles of rain.

Prince Charles and his wife Camilla were among the royals attending as some 1,000 well-wishers gathered outside hoping for a glimpse.

The Christmas message — a time-honoured British tradition — will be posted on the royal YouTube channel for maximum exposure.