Recalling when Harper was fed up with fighting

Back in 2007, he wanted out of Afghanistan 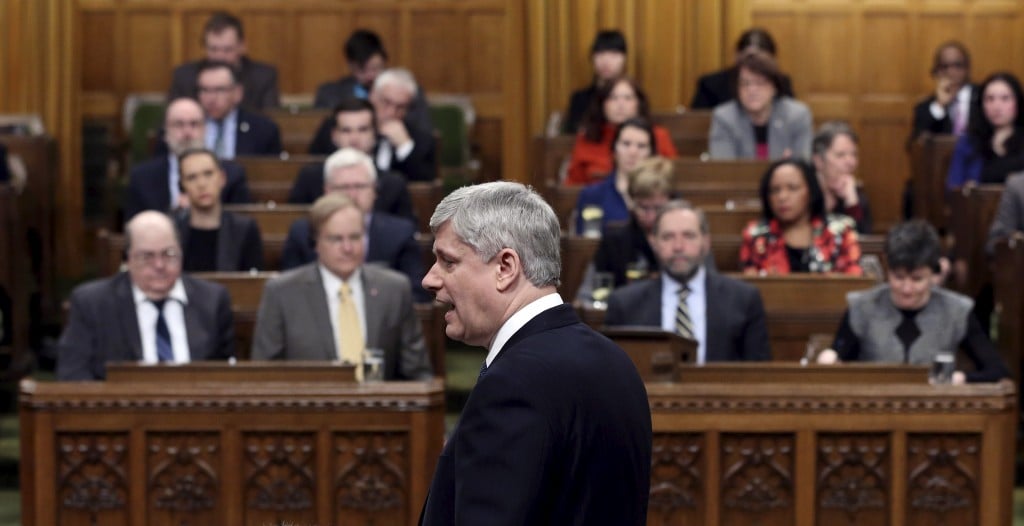 Canada’s Prime Minister Stephen Harper outlines his government’s plans to expand its military mission against Islamic State by launching air strikes against its positions in Syria as well as Iraq, in the House of Commons on Parliament Hill in Ottawa March 24, 2015. (Chris Wattie/The Canadian Press)

The most striking element in Prime Minister Stephen Harper’s speech today on the war in Iraq and Syria, to my ear, was his apparent willingness to talk in such open-ended terms about the military mission against Islamic State (also known as ISIL) extremists.

Harper made no reference to any need to spell out how the fighting—or, at least, Canada’s contribution to it—should someday wrap up. On the contrary, he proposed difficult objectives that will take who knows how long to achieve.  Most notably, he said, “In our view, ISIL must cease to have any safe haven in Syria.”

As for the United States and its allies, including Canada, having much real control over the broad thrust of the fight to defeat Islamic State, Harper said that responsibility, in fact, lies with Iraq. “We seek to have the Iraqis do this themselves, and our role there is to help them to do that,” he said.

Both NDP Leader Thomas Mulcair and the Liberal Leader Justin Trudeau, in opposing the Prime Minister’s motion to extend the mission for another year, demanded clarity of objectives and an exit strategy. But since Harper was describing a fight with enormously difficult aims, in a chaotic region, and with local forces playing the decisive role, it’s no wonder he was offering neither.

Yet I recall how the Harper of only a few years ago—contemplating the wearying combat mission in Afghanistan—was in a very different frame of mind. In late 2007, after not quite two years in office, Harper sounded thoroughly fed up with the Afghan commitment he had inherited from the previous Liberal government.

In a year-end interview with Maclean’s that December, he was brusquely impatient over the prospect of a much longer stay in Afghanistan—even though, by then, many experts were warning that was exactly what the situation demanded. “To say that Afghanistan would need decades and decades just to do the basic security work, I think is pushing credibility,” Harper said. “Not just pushing the patience of the Canadian public and the military, pushing the credibility of the effort.”

After only about six months, our current contribution in Iraq, which is, of course, much smaller and more limited than Canada’s 2006-11 combat mission in Afghanistan, isn’t near the point of straining the patience of most Canadians. But it’s not unrealistic to imagine worrying instability in Iraq and Syria continuing in one form or another for many years. How long will we stick around?

Back in early 2008, Harper faced the hard political choices about how to ease the growing sense of Afghanistan being, to use the inevitable term, a quagmire. He led only a minority government then, and had to inveigle and cajole then-Liberal leader Stéphane Dion. (Remember when Harper seemed capable of that sort of politics?) In the end, Liberals voted with Conservatives that March to extend a modified Afghan combat mission until a firm end date in 2011.

Predicting with any confidence the course of the mission in Iraq, and now Syria, as well, is impossible. But if it stretches on, we might yet arrive at the point where the Harper of late 2007 and early ’08—frustrated by fighting and feeling in his politician’s bones the imperative to wind it up—might someday make a return appearance.