Those budget terms are much more exciting than they sound. Here’s a translation. 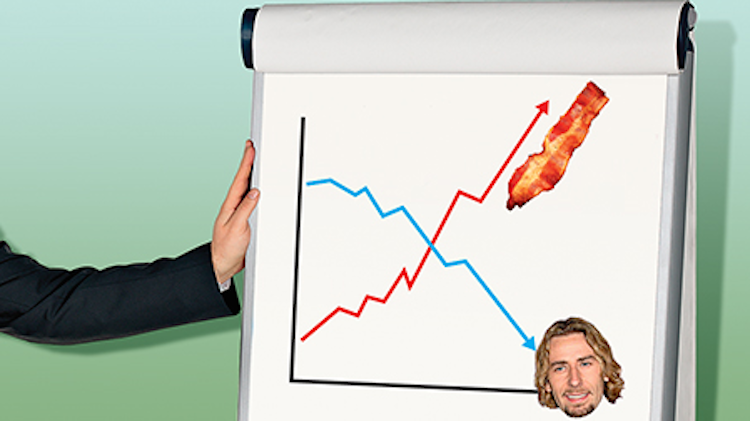 Because of all the complex terminology, reading about this week’s federal budget sure can be taxing. (Ladies and gentlemen: wordplay!) Lucky for you, I’ve spent the past several years compiling and refining a helpful guide that translates all that wonky budget lingo.

Austerity: During tough economic times, the federal government reduces the amount it spends, except in areas that reflect vital public trusts like health care and snowmobiles.

Balance of Payments: The formal term for rushing out to buy a new pair of shoes after discovering your husband dropped $700 on a flat-screen TV.

Benchmark Bond: The little-known brother of the famous spy, he was killed in a tragic securitization mishap.

Canada Foundation for Innovation: Frankly, I’m not sure what this is—but I’m confident we can rule out Stephen Harper’s barber as a member.

Canada’s Economic Action Plan: The Conservative plan to create jobs apparently hinges on ensuring every single Canadian eventually stars in one of these TV ads.

Capital Tax: Compared to people in some other countries, Canadians do not pay tax—they pay TAX.

Custom Tariff Measures: No sophisticated G8 country would be caught dead getting its tariff measures off the rack.

Debt-to-GDP ratio: Trying to make a bad thing sound better by comparing it to something more positive. Example: Canada’s tourism industry is expecting a strong summer after new lows were reported in the country’s Nickelback-to-bacon ratio.

Deflation: A rare and complex phenomenon most recently seen acting on the career ambitions of Marc Garneau.

Dissaving: What people on vacation begin doing immediately after deplaning.

Family Trust: What you have yet to regain after investing your kid’s college fund in Pets.com.

Frictional Unemployment: The rate of joblessness among Canada’s prostitutes.

Income Testing: The act of swiping your debit card, entering your PIN and hoping to God there’s enough cash in your account.

International Association of Insurance Supervisors: A good organization to think about every time you begin to feel your job may be boring.

National Child Benefit: Secret name for my plan to abduct and forcibly confine the Wiggles.

Natural Rate of Unemployment: How Canada’s economy looks with its makeup off.

Overnight Financing Rate: The rate of interest charged for loans extended by smaller financial institutions, such as the Canadian Imperial Bank of That Guy Down at the Pool Hall, the One with a Hook for a Hand.

Per Capita: An up-and-coming defenceman in the Swedish elite league.

Prospectus: Based on my personal investing experience, I believe this is Latin for “Lose your money here!”

Protectionism: The act of covering your privates before informing your wife that you just blew the tax refund on a dirt bike.

Self-dealing: What every young, budding economist dreads his mom will walk in on while he’s doing it.

Structural Unemployment: The rate of joblessness in Legoland.

Wealth Tax: This doesn’t really exist—but mentioning it every now and then keeps the poor folks quiet.