According to Toronto-based Marketwired data, which was provided exclusively to CityNews, Rob Ford was mentioned on social media more than 1.5 million times since Toronto police chief Bill Blair’s Oct. 31 press conference where he confirmed that the crack-cocaine video first mentioned in May was, indeed, real.

To compare, former Apple CEO Steve Jobs’ death generated about 2.5 million tweets in the 13 hours after his death.

While people in Ontario were tweeting the most, the Ford echo was heard around the globe. The below map shows the counties where tweets originated. 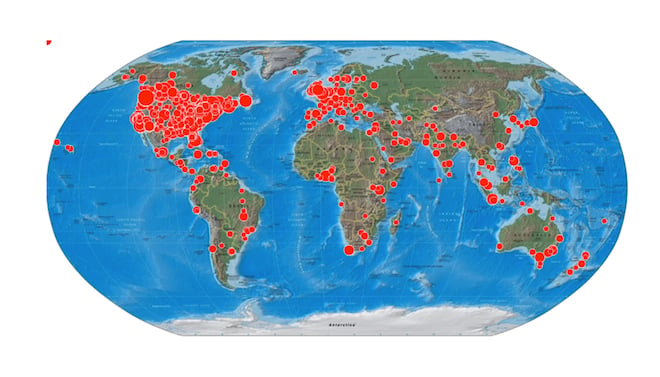 Along with original tweeting about Rob Ford, there was much re-tweeting.

The tweet mentioning Rob Ford with the most retweets came from Kevin Farley, the brother of the late comedian Chris Farley. He garnered more than 12,000 retweets when he said this:

I think it's safe to say that my brother would have crushed playing the Rob Ford guy on SNL.

Apparently many agree, including a YouTube user who has added one more Rob Ford social media entry with this video, a fake trailer for a Rob Ford movie starring none other than Chris Farley.