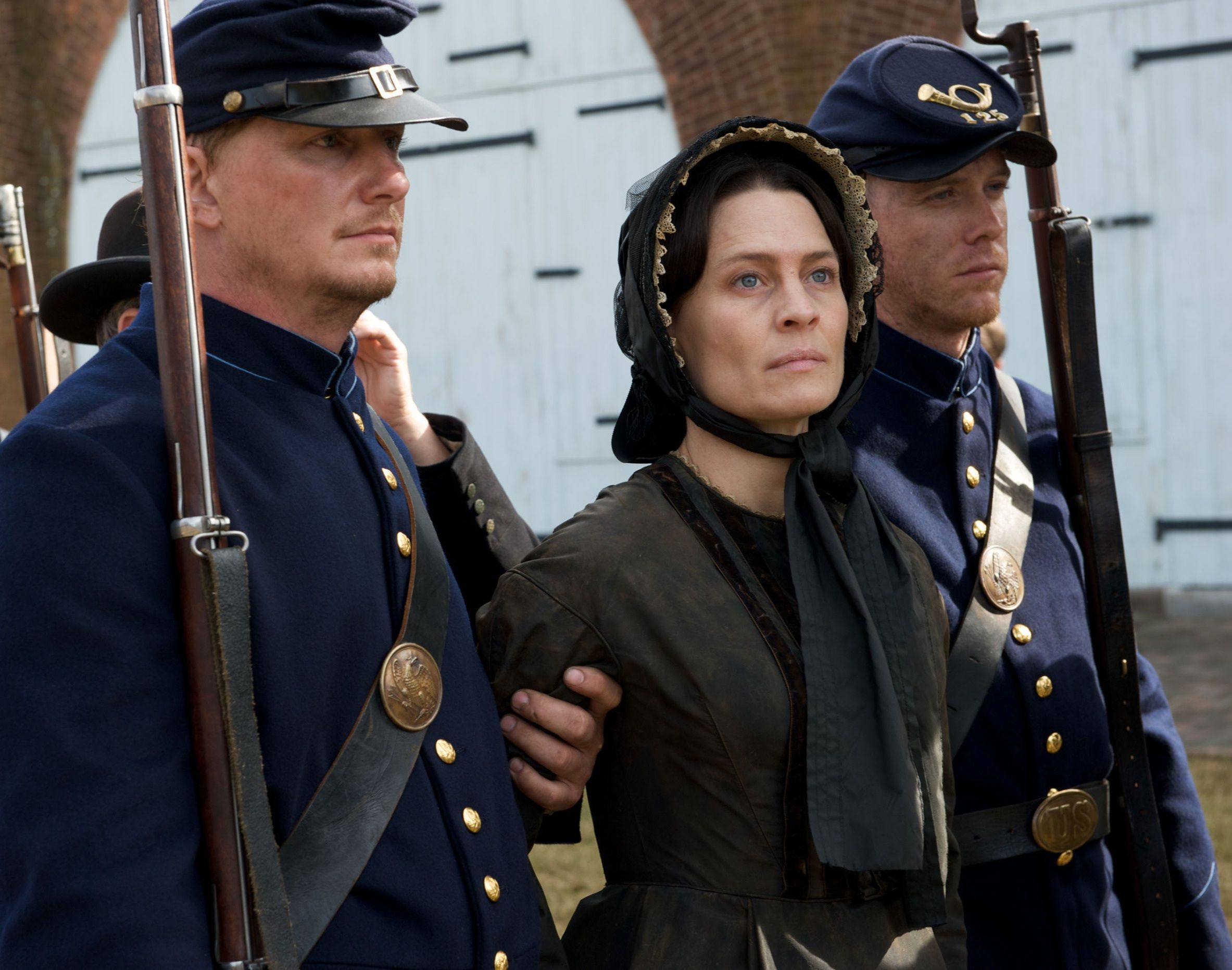 When Cameron Bailey stepped onstage to introduce Robert Redford at the gala premiere of The Conspirator last night, he pointed out that the Sundance founder has his own festival, and that TIFF is the only other festival he’s graced with his presence. (Take that, Cannes!). The last time Redford came to TIFF was 18 years ago, for A River Runs Through It. The director’s new film is a historical drama about the unjust military trial of Mary Surratt, who was convicted as a conspirator in the assassination of President Abraham Lincoln and became the first woman hanged by the U.S. government. James McAvoy stars as the Frederick Aiken, the novice lawyer who overcomes his skepticism to become her passionate advocate. It soon becomes clear that she’s taking the fall for her son, an accomplice of John Wilkes Booth, who is in hiding. There’s no solid evidence against her, but she’s stripped of her rights and sent to the gallows.

This stagey courtroom drama is a movie on a mission. Redford told the gala audience that he wanted the film to speak for itself, and indeed it does. From the first Abu Graib-like images of hooded prisoners, Redford is clearly saying that this miscarriage of justice was the result of America’s first war on terror. “The world has changed,” says Lincoln’s vengeful secretary of war, Edwin Stanton, who’s played as a smug tyrant by Kevin Kline—I could swear he was channelling Donald Rumsfeld.