Scarlett Johansson is my new heroine

Why an alliance with a Scandinavian superstar could help Israel 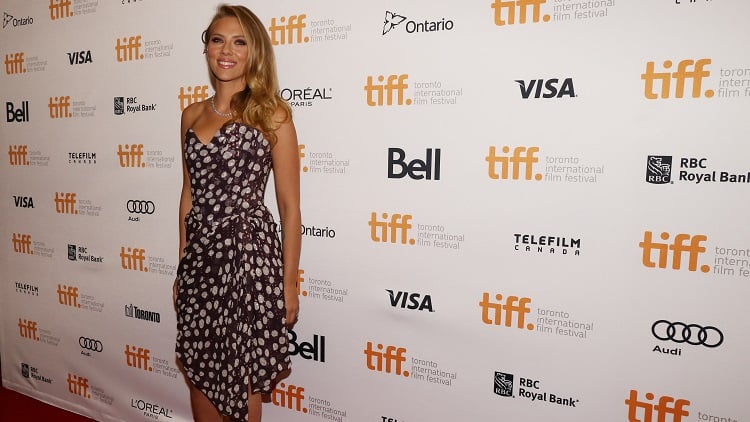 About the last place I’d look for a new celeb couple is Israel, in my mind still the land of Golda Meir and nerds in glasses inventing things—though, I grant you, it has some dishy female soldiers in form-fitting khakis. But I’m wrong, as usual. At the end of January the tabloid press in Israel and Europe were agog at the news that Prime Minister Benjamin Netanyahu’s son Yair, 23, was involved with a Norwegian girl who, unsurprisingly, like 99.9 per cent of all Norwegians, was not Jewish. The Netanyahus are the closest thing Israel has to a Kennedy family, complete with a war hero, Yoni Netanyahu, the PM’s older brother, killed while commanding the Entebbe counterterrorist rescue mission in 1976.

This presents a terrific opportunity, if a little late. Israel sent five athletes to the Sochi Olympics: One did not start, four finished in the bottom third. An alliance with a strapping Scandinavian girl could be a real plus—think offspring born with perfectly waxed skis strapped to little toesies and big blond in-laws to take them over fjords and glaciers. Israel’s population is about eight million with a life expectancy of 81 years. Norway has five million, the same life expectancy and about a zillion gold medals.

Most Israelis seem unworried, hoping only that if it comes to nuptials, the Norwegian lass will convert to Judaism. Israel’s Orthodox Jews are aghast. “I would take to the streets and rip the hair out of my head,” was the measured response of Hagai Ben-Artzi, estranged brother of Netanyahu’s wife, Sara. I would have thought Israelis, religious or not, should have no fear of Norwegians who want to become Jews, given the paltry number of Norwegian Jews anywhere in the world, including Norway. This is no time for a demographically challenged Israel to worry about ethnic purity. Besides, the eagerness the convert shows for his new religion usually contrasts markedly with the indifference of those simply born into it.

Coincidentally, just after the Nordic embrace became public knowledge, the Norwegian government did a little embracing itself—of the Boycott, Divestment and Sanctions (BDS) movement co-founded by Qatari-born, Egyptian-bred Omar Barghouti—and withdrew pension funds from a couple of Israeli firms. BDS promotes—in essence—the bizarre notion that economic concerns will force Israel to throw off its mantle of Jewishness and embrace Islam. Barghouti himself, who urges boycotts of Israeli universities, went to Tel Aviv University. “A personal matter,” he says. He reminds me of Edward Said, author of books on the Middle East who managed, for 30 years until the truth was revealed, to con the world into believing he was a Palestinian dispossessed by Jews when, in fact, he was living comfortably in Cairo.

My new heroine is actress and Oxfam emissary Scarlett Johansson, who recently made a Super Bowl commercial for SodaStream drinks. Oxfam got snarky because one of SodaStream’s factories is located on disputed land on the West Bank. Johansson would not recant, so Oxfam fired her. Netanyahu’s brother-in-law ought to take a good look at Scarlett. Her dad is Scandinavian and her mother Jewish and the result is pretty fabulous. Still, I don’t know how much nerve she has. Film types like those signing the letter protesting Toronto’s film festival when it highlighted Tel Aviv or the boycott of Habima, Israel’s national theatre, when it toured in London will come down hard on her.

Angelina Jolie was in Lebanon this week sympathizing with Syrian refugees. Jolie might, when finished with every other country in the Middle East, visit Israel, where hospitals treat wounded Syrians, including men of fighting age smuggled across the border—and who return to Syria unable to reveal who saved them. George Clooney, whose position on Israel is ambiguous, has voiced his support for the protesters in Kyiv. I doubt he’ll voice his support for the food and aid Israelis and the American Jewish Joint Distribution Committee are supplying to the thousands of needy Jews of Kyiv.

One thing should play in Israel’s favour—if only anyone knew about it: dogs. Dogs teach people how to care about the helpless, relying as they do on human decency for survival. Jews aren’t the first people who naturally spring to mind as dog lovers—all those messy hairs on the sofa. (Scarlett is a serious dog person, and may I just put in a personal note here to wish her lab Spinee a speedy recovery from surgery.) Israel is the only country in the Middle East that respects dogs—indeed, it has a national breed—whereas Islam views dogs rather like the way it views Jews. In Europe and even Toronto, Muslim taxi drivers often refuse to take guide dogs in their taxi cabs on religious grounds. So a big welcome to the beleaguered Canaan dog, which, according to the American Kennel Club, is “inquisitive, loyal and loving?.?.?.?the natural breed of Israel [dating] back to Biblical times.”

The Canaan, a rather engaging if unglamorous dog, was brought back from its feral roots prior to Israel’s independence and trained as a mine detector dog. A classified pariah dog, the life-saving Canaan is a hero dog for a pariah country of heroes. Should be just the ticket for the Hollywood set.