Look at the already-famous cover of next week’s People magazine: 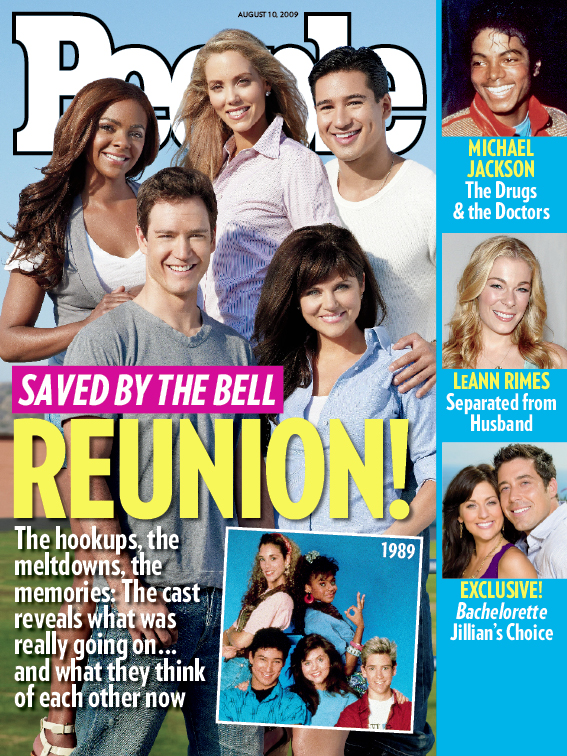 I know it wasn’t fun for Dustin Diamond being the token weird-looking person in a cast full of pretty people. (Well, Mr. Belding wasn’t beautiful either, but who cares whether Belding’s feelings are crushed?) But come on, man. Being the only person who doesn’t show up for the reunion doesn’t actually make people like you more or help your career, it just gets you a reputation as, well, the spoilsport who wouldn’t show up for the reunion.

Unless they just didn’t ask him, in which case this is just another episode where Screech was cruelly ill-used by his classmates. Did you ever think that Screech might have been an influence on Butters from South Park — the goofy, annoying kid who is constantly abused, mocked and made to do humiliating tasks by his so-called “friends?” Because I think there are certain similarities, not so much in the way the characters are written, but the way they’re treated. Sort of like my theory that the way Meg is treated on Family Guy is heavily influenced by the horrendous treatment of Carol on Growing Pains (though the insults directed at her were funnier than the Meg insults).