Sexing up Spitzer in TIFF’s year of the doc

"I hate to put this crudely, but he was a trying-to-get-his money's worth type of client" 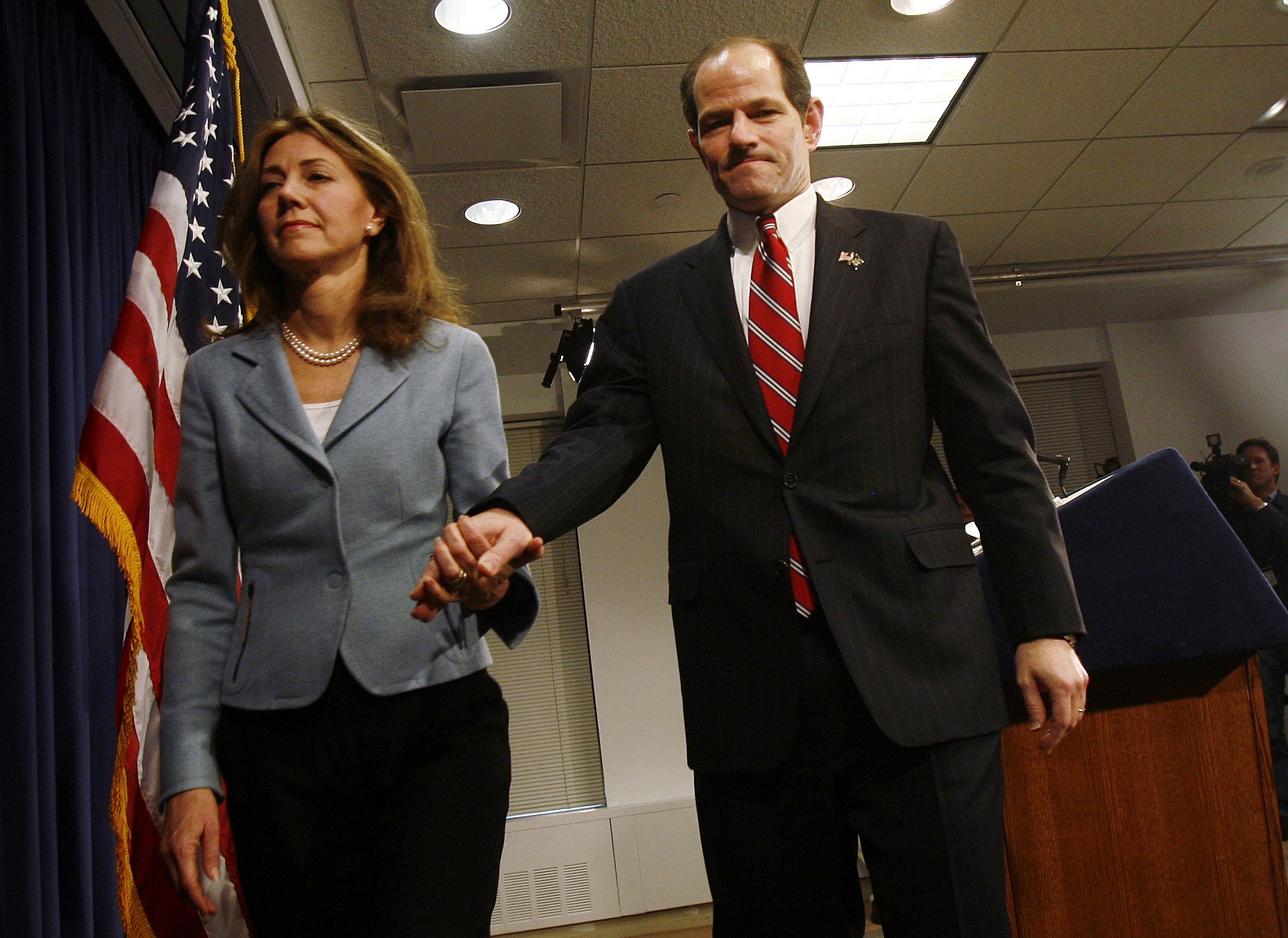 Today, for the first time, you could feel TIFF hysteria begin to subside. The festival is heavily front-loaded, with meat market of stars and press junkets jammed into the first few days. Now it’s suddenly quieter. Which is fine by me.  At this point, it’s still hard to get a fix on the buzz. No obvious Slumdog Millionaire has emerged from the fray as a contender for the audience award, and there’s no indie sensation that’s come out of nowhere to take the festival by storm. But perhaps it’s just that people like me (the media) have been so intensely preoccupied mainlining movies and interviews that we haven’t found the pulse of the festival. One clear trend is the program’s wealth of sensational female performances—by Carey Mulligan (Never Let Me Go), Hilary Swank (Conviction), Yun Junghee (Poetry), Rachel Weisz (Whistleblower), Rebecca Hall (The Town), Rosamund Pike (Barney’s Version)—and above all by Natalie Portman in Black Swan. I expect hers will be the act to beat at the Oscars. And of all the major films, Black Swan seems to have had the most electrifying impact so far, though it’s not the sort of heartwarming triumph-of-the-human-spirt stuff that wins audience awards. As a hallucinatory melodrama, it’s also an anomaly at this year’s festival, where many of the more compelling films are reality-based—from non-fiction dramas like Danny Boyle’s 127 Hours and Steven Silver’s The Bang Bang Club to documentaries such as Waiting for Superman and Errol Morris’s Tabloid. (Though to be exact, Tabloid is about a real-life soap opera that takes on surreal proportions.)

Some biggest names at TIFF have,  been on hand to promote documentaries—Bill Gates, Bruce Springsteen and Steve Nash. Unlike those heavyweights, the star of Client 9: The Rise and Fall of Eliot Spitzer didn’t brave the red carpet, but it wouldn’t have surprised me if he had.  Client 9 is no puff piece, but it’s crucial step in Spitzer’s road to redemption. Spitzer, the so-called Sherriff of Wall St., comes across a ruthless but heroic gunslinger saddled with a tragic flaw and a monumental case of hubris. Long before the economic collapse, he declared war on the fraudulent profiteering of the financial industry, targeting AIG’s insurance scam in his role as New York’s attorney general, then going after state corruption as the state’s governor. For casual observers, who may have only discovered him when the sex scandal broke, the film illustrates how big a superstar he was on America’s political landscape.

Like  Inside Job, another powerful documentary at TIFF, Client 9 sets out to expose the financial system that robbed America blind. Much of the narrative is devoted to Spitzer’s combative campaign—and to showing how his enraged enemies manoevered to take him out. His interview subjects include a contrite Spitzer, who’s reluctant to delve too deeply into his own motives, and the rogues’ gallery of Wall St. tycoons who rejoiced at his downfall.  Although the film does not dig up any  new earth-shattering evidence, it pulls the story’s elements together to make a compelling case that the FBI went out of its way to target him for political reasons—the federal government is not usually in the habit of pursuing johns. Of course, Spitzer was guilty of outrageous hypocrisy, and being a creep. But the film compares that to a much larger atrocity—suggesting that paying for some high-priced sex is no crime compared to destroying America’s economy and defrauding millions of innocent investors.

Ironically, however, the allure of this film lies in the salacious details of the sex scandal that furnished Spitzer’s enemies with such lethal ammunition. Director Alex Gibney (Enron: The Smartest Guys in the Room) frames his hard-hitting exposé with erotic eye candy and a nightclub beat, as images of  seductive models and Spitzer’s campaign swim through the neon wallpaper of Manhattan. As the camera scans the website ads of the Emperor’s Club, the escort service where prices start at $1,000 an hour, Leslie Feist purrs Secret Heart on the soundtrack. Even Spitzer’s enemies, the fat cat businessmen who want his blood, are gorgeously photographed. Every frame of this movie reeks of money and sex and gleaming opulence.

Neither Spitzer’s wife nor the spotlight-craving Ashley Dupre, his celebrated one-night stand, are interviewed. But a giggly manager of the Emperor’s Club regales us with tales of his paranoid phone calls. And an actress re-enacts  transcripts of the filmmaker’s interview with “Angelina,” his favorite escort, who would not appear on camera. On their first date, she says Spitzer didn’t want to waste time talking: “I hate to put this crudely, but he was a trying-to-get-his money’s worth type of client and I said I don’t want to see this person again.” But she did.  Spitzer himself, despite his valiant crusade, comes across as a nasty sonofabitch, a man with a mean streak. Unlike Bill Clinton, this is not someone you warm to, and camera doesn’t either. But you do feel that America would be a lot better off if this trigger-happy enforcer hadn’t lost his gunfight with Wall Street by indulging  his own reckless sense of entitlement.