She couldn't quite bring herself to say...

…that she would trust Barack Obama to pick up the phone at 3 a.m.

But beyond that, it was a huge speech. Staring into the sea of white “Hillary” signs, you have to wonder whether she could imagine herself standing there as the nominee. 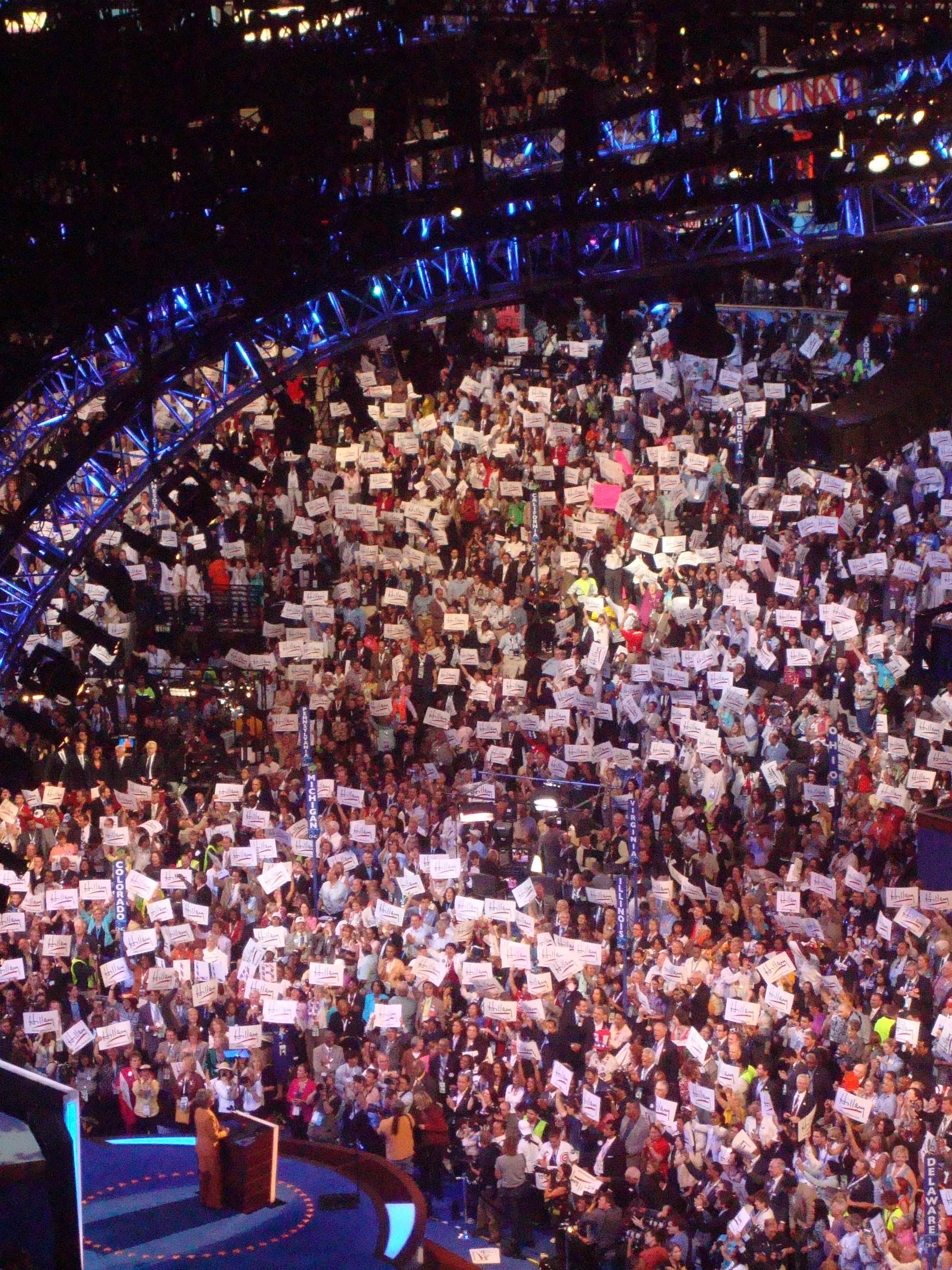 She made compelling arguments for Democratic unity.

“The time is now to unite as a single party with a single purpose. We are on the same team. None of us can afford to sit on the sidelines.”

She had a few zingy lines:

“Money borrowed from the Chineses to buy oil from the Saudis”

“It makes sense that John McCain and George Bush will be together in the Twin Cities because these days they are hard to tell apart.”

I particularly liked her line about her “Sisterhood of the Traveling Pantsuits.”

Throughout her speech there was thunderous applause, shouts of “I love you” and “We love you” and moments when you could hardly hear her speak. But one of the most deafening moments came when she invoked Harriet Tubman running the underground railroad, and telling Democrats that no matter what, “Keep going!”

The most compelling part of her speech came when she told her supporters who are still resisting Obama to ask themselves whether they were in this for her (to which many shouted YES!) or whether they were in it to help the uninsured get health care, to take care of veterans, and so on.

She also gave a laundry list of policy differences between Obama and McCain, concluding: “No way! No how! No McCain!” But, to be honest, I’m not sure if she managed to convince this one.