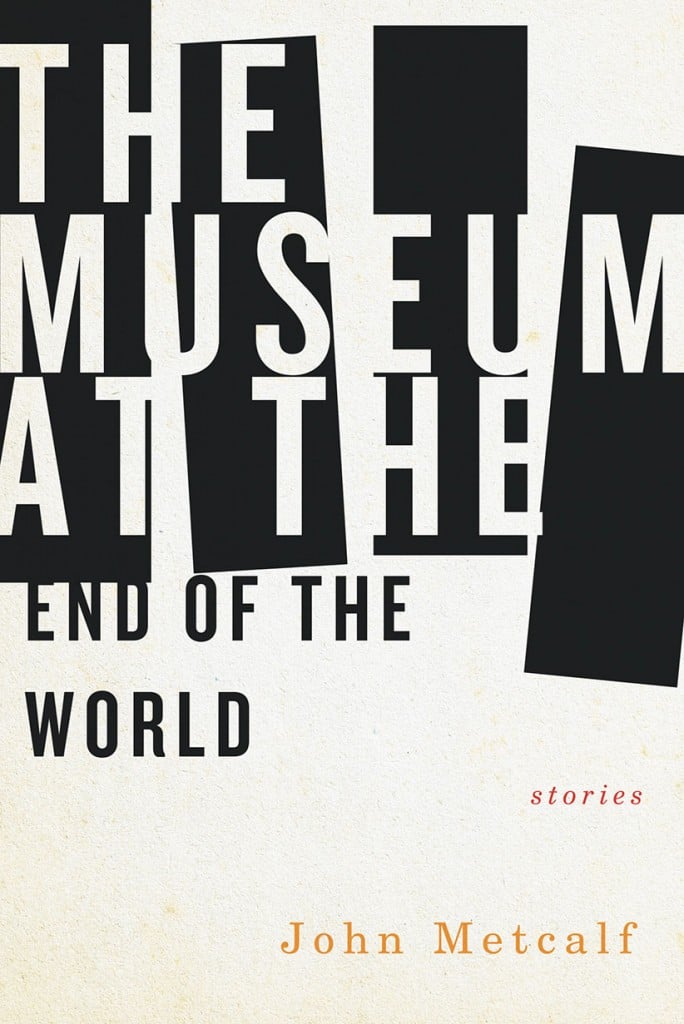 THE MUSEUM AT THE END OF THE WORLD

Late in this short-fiction collection full of artworks, galleries, museums and (indeed) collections, protagonist Robert Forde finds himself contemplating a display of historical relics where, we read, “No effort at aesthetics or even selection had been attempted.” What’s more, the descriptions are useless: “Scraps and unidentifiable fragments were identified as ‘decorative elements.’ ” One can’t imagine John Metcalf would find anything more damning.

Metcalf is one of Canada’s most heralded practitioners of the short story, and Museum assembles work from the past decade, all of which revels enticingly in the texture of the English language. He excels at both the wondrous (Count Basie plays piano “in dots, spots, dabs and jabs of sound”) and the grotesque (“a rather pongy old man” looks “like a couple of settee cushions stuffed into a waistcoat”).

Forde, at the centre of these linked comic stories, is a stand-in for Metcalf — an English expat, teacher-turned-writer in Canada with an excoriating eye for the pretensions of cultural backwaters. The best pieces form a novella, “Medals and Prizes,” which limns the development of Forde’s sensibilities, as a teenager in England captivated by the 1950s trad-jazz revival, and then as a young man travelling through the U.S., facing up to the reality of racism that undermines his fantasies about New Orleans. Here, the stakes are high, for Forde and for the people he encounters, who react with belligerence, curiosity or great generosity to his own exoticness.

Just when a vibrant picaresque seems under way, we’re yanked forward in time: the later stories find Forde, as a middle-aged, mid-list writer, travelling in Canada and Eastern Europe, and railing against misused apostrophes on posters, third-rate art and sickly sweet wine. Much of the “action” is related second-hand, via people Forde meets. Admittedly this feeds into Metcalf’s concern with the way we frame experience, and he produces clever juxtapositions, such as when an aging English woman mourns her faded theatrical ambitions against the backdrop of a drunken darts match in a Fredericton Legion hall. Yet there’s little dramatic tension. Metcalf is known for skewering CanLit’s sacred cows, but Forde’s relentless ridicule of the likes of Bliss Carman finds him shooting lake trout in a barrel. One wishes he would occasionally snap at someone who could bite back.