Should We Watch TV Shows From the Beginning? 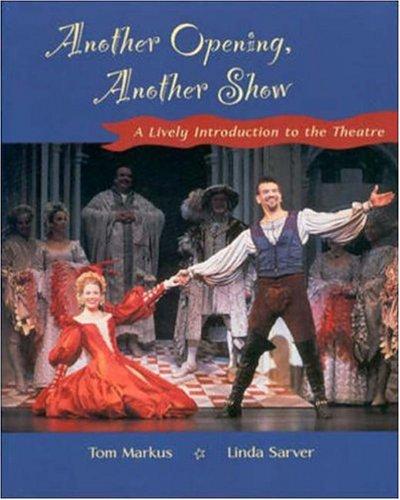 That’s an question that I’ve heard more often lately (though it’s been around for a while; I wrote another post addressing the issue a couple of years ago). Increasingly the answer is “yes.” The traditional way to encounter a TV show is just to drop in and start watching, and maybe catch up with the earlier episodes at a later date. But now that TV series are taken more seriously as complete and coherent works, to say nothing of the fact that we can watch from the beginning no matter how late we discover the show, there’s an increased preference for getting the full experience of the story from beginning to end. Even where the show deals mostly or partly in self-contained stories, like Justified or almost any half-hour comedy, many new viewers prefer to start from episode one.

It’s well-known, of course, that almost every TV series wants people to jump in in the middle, or at least that the creators wouldn’t object if we did. Different shows may provide different amounts of information to help new viewers get caught up, but with rare exceptions of shows that are very insular (usually limited-run shows) shows will provide signposts along the way to help people understand what’s going on, and ground the storylines in traditional emotional conflicts — love, hate, revenge, corporate machinations — that are familiar enough for new viewers to understand. Soap operas have been doing this for decades, and they’re constantly getting new followers who, after a few episodes, are completely aware of who these people are and what they want. Most shows’ mythologies and ongoing relationships are simple enough that a new viewer can understand them, maybe not the first time, but certainly without going back to the beginning.

But just because we can know what’s going on in a show doesn’t mean we really understand it, and the argument is that (particularly for a sophisticated show, or one that aspires to sophistication) a good TV show is a work of art, and that we only get its full impact when we follow it from beginning to end. We can drop into a novel, including a serialized novel, in the middle, but most readers would agree that we haven’t really read it unless we read the whole thing from cover to cover.

Because TV in the post-Sopranos era has started to be directly compared to novels or other higher-class forms of art, this argument is part of the general argument that television is a more sophisticated medium than it used to be, and deserves to be treated less casually. Prime-time dramas from the pre-Hill Street Blues era (and many that have come since) are specifically made so that nobody misses much no matter when they drop in. (They even do it in the middle of the episode; you’ve probably noticed that procedurals and other mysteries tend to recap the entire plot at the halfway mark.) Soap operas are almost completely plot-driven, and all we need to catch up on are the details of the plot. But an ambitious modern drama deals in theme as well as plot, and many characters are defined by how much — and why — they change from what they were in the first season. The argument is that these shows demand more of us, and one of the things they demand is that we start from the beginning. We can still enjoy the show if we start later, but an important part of the experience is denied to us if we do.

I think that argument has a lot of merit. I don’t know if I agree with it. Maybe my reaction is, well, reactionary: I started watching TV in a certain way and am naturally disinclined to believe that it’s an inferior way. But while I don’t think that way is better, I’m not convinced it’s worse, either. The way of watching I’m talking about is as follows: you hear about a TV show and check it out. (Or you just accidentally come across it and keep watching.) You are aware that you’re not watching from the beginning and that the characters are talking about things that are unfamiliar to you, but you keep going, and eventually you know what the show is about and who these people are and what they want. And then, suddenly, you find you’re hooked. You not only want to watch every episode from now on, you want to catch up with the ones you missed. I find I get most involved with shows when they catch me almost by surprise; following along with a show to see if it becomes great can also lead to passionate involvement, but for me it happens more often when casual or drop-in viewing suddenly turns into something more important and compelling.

What I love about this model is that the relationship between the viewer and the show is almost like a human relationship: it starts casually, even with a chance encounter, and then blossoms into love. (Having made that comparison, I hear Homer Simpson’s voice: “Are you huggin’ the TV?”) If TV is like a novel, one thing the media have in common is that the decision to jump in can be very casual, only to turn into a huge investment of time if you find it truly compelling.

The “watch from the beginning” model implies that we have to make a huge investment of time in a show in order to really appreciate it. This is fine if you enjoy it, but it can make TV viewing seem like work, or research, which is far from the experience that the creators of the show intended. (To the extent that their intention matters, I mean.) This is a particular problem when the earlier episodes are either weak or dated. I love the first season of Buffy and to a lesser extent even the first season of Angel; others who might love the rest of the series might not be at all fond of those early episodes, and I think overall they’ll enjoy the series much more if they start with the seasons that will appeal to them. They’ll miss some character background but they’ll be able to pick up much of it as they watch the later episodes.

The other thing that unnerves me about the idea of watching from the beginning is that it removes the interactive, non-linear aspect of TV viewing. One of the most special things about a television series is that it really isn’t a complete, coherent work. (The exceptions, again, are limited-run series that have the whole thing planned out. And those are the ones that probably don’t reward non-sequential viewing; we can watch a Dennis Potter show out of sequence, but it won’t be very rewarding or interesting compared to watching it straight through.) They are collections of episodes telling a continuing story, but the story changes as the years pass, as the creative personnel change, as the producers do new things to avoid getting canceled.

If TV is like a novel, it’s closer to an early Dickens novel like Martin Chuzzlewit, where the author started out telling a story with a coherent theme and wound up changing almost everything as the story went on (a re-tool, as it were), only to return to the original theme somewhere near the end to create the illusion that the whole thing hung together. Critics have tried to read the whole book as if everything in it was planned or works toward the same goal, but that’s a meaning we choose to impose on the book; it’s not supported either by the book or the way it was written. And the same goes for most television series, which may be about completely different things in season five than they were in season one; we can read the whole series as if it was planned out and carefully develops a theme from beginning to end, but that’s a pretty tenuous reading a lot of the time.

And far from being a terrible thing, the looseness and incoherence of TV can be a wonderful thing. The meaning of the series is something we create as much as the creators do, because the lack of a coherent structure to the whole thing allows us to read more into it. (This goes back even before serialized television. Star Trek had no character development or story progression as it went along — and yet it feels like it did, because the fans read that into the show, and the fan reading of the show eventually became something close to canon, as later Star Trek incarnations began to play directly to the meanings that the fans liked to see.) And just as TV allows us more leeway in the meanings we find, TV allows more freedom in how we experience it. We can, if we choose, start in the middle and go forward and backward simultaneously. We can skip around from a later story to an earlier story almost randomly, or we can go back and look at the earlier episodes to see specifically how our favourite characters came to be the way they are. And each viewer may have a different idea of the show, and what it is, and who the best characters are, depending on when he or she became hooked on the show. I think of it as non-linear viewing: if it’s all right for storytellers to give us stories out of sequence (and it is) then it’s all right, in a medium as loose and interactive as TV, for viewers to create their own structure.

One of those choices is to begin at the beginning and follow along in the order set by the creators — and that’s fine, maybe even the best way. But I think as much as anything else it’s a product of the TV on DVD era, which made viewers very conscious of each season as a complete unit and of exactly where a show officially begins. Now that the DVD market is drying up and online streaming is becoming bigger, I wonder if we might see less linear viewing methods become more accepted. You certainly can stream a show from the beginning, and the sites do tell you which season each episode is from. But they allow and even encourage random episode viewing in a way that DVD season sets did not. And while picking out an episode at random may not tell you much about, say, Breaking Bad, I do think there’s nothing wrong with starting in the middle of Breaking Bad and then going back to see how the characters got to be the way they were when we met them. That’s what gives TV a more lifelike rhythm than other media: like real people, we encounter these fictional people in different ways and different times.