Here’s a question for the weekend: are there any shows that you thought got better after they were re-tooled in a big, probably network-mandated way? 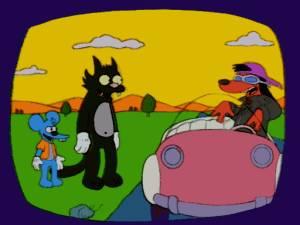 Normally when a show re-tools all at once (as opposed to making incremental changes like Newhart or NYPD Blue did), the obvious desperation, the determination to make it into something it was never intended to be, makes it hard to watch. Mork and Mindy, season 2, is still the classic [sic] example: let’s add a bunch of “hip” young characters, add a new set for the young, hip people to hang out in, give Mindy a new job, get Mork involved with serious issues. And today, fans are understandably waiting to pounce on the upcoming season of something that calls itself Scrubs.

But there are some shows that did that kind of desperation re-tool that I wound up liking better. It sometimes happens that the original premise of the show wasn’t anything special, and when the producers frantically re-tool everything, they wind up cutting the show down to focus on the stuff that worked. It rarely produces a great show, because a great show would have been well-conceived enough not to need that kind of rejiggering (not to mention having producers who wouldn’t change everything to suit the network), but it may produce a more watchable or entertaining show. One of them is that Tom Hanks and Peter Scolari show, Bosom Buddies. First season was about two guys who work in an advertising agency and live in an all-girl apartment building where they dress in drag, and only one other person knows they’re men. Second season, everybody knows about their “secret,” most episodes don’t even have the drag stuff, and they leave the ad agency and open their own business (with Holland Taylor, their ex-boss, conveniently buying a share in their new business because no show wants to dump Holland Taylor if they can help it). Total desperation, but the show was a lot funnier in the second season because, having dumped most of the drag stuff and the stuff about two guys trying to survive in the button-down corporate world, it became a show about two guys hanging out together, bantering and horsing around a lot. Since Hanks and Scolari were much funnier as themselves than as women, this was generally an improvement; the writing was still uneven despite Chris Thompson’s distinctively bitter humour, but they could save the weak scenes a lot better by ad-libbing in their regular clothes.

To make this post sort of a hybrid of comment-fishing and a “Weekend Viewing” post, here’s an episode from the second season with young, then-unknown guest stars Rita Wilson (the first time she met Hanks, though she doesn’t actually say much to him in the episode) and Stepfanie Kramer. And this version has the “My Life” theme song that was cut from the DVD and many re-runs. (The Rita Wilson scene is in Part 3.)