Unlike Cannes, Berlin and Venice, TIFF does not have an official competition, but there’s a passel of sponsored prizes given out, the most significant being those for best Canadian feature and feature debut, and the audience award for most popular feature. You’ll notice I’m leaving out the sponsors’ names. By now we’re all very bored with sponsors’ names, which are repeated liturgically at the start of every public screening. TIFF should try to convince the corporate angels that having the festival saturated with their logos and trailers is ample enough exposure, and that the screenings would gain a touch of class benefiting all concerned, if they were introduced without the long list of corporate names. As in Cannes. But any one at TIFF would probably tell you that this is no time to jeopardize sponsorship, given that the organization that still needs another $50 million to build its new HQ, the Bell Lightbox theatre. Oops, I broke my no sponsor name rule.

Even though I’ve worn my eyeballs to the bone trying to see every film I’ve been warned not to miss during the past 10 days, I somehow managed to miss all but two of the award-winning features. The two I did see, Hunger and Disgrace, which sound like a desperate double bill, respectively won the Discovery award and one of two FIPRESCI critics’ prizes—the one for Special Presentations not released by major distributors (which is how jury president Jonathan Rosenbaum described its parameters) 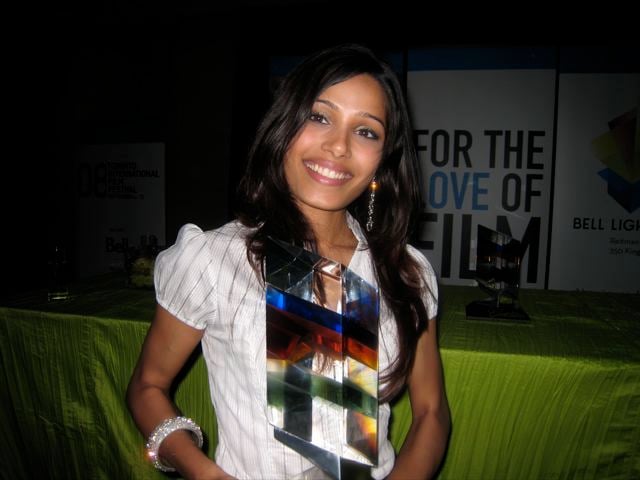 As the advance buzz predicted, the People’s Choice Award went to Danny Boyle’s Slumdog Millionaire, whose lovely star, Freida Pinto, was on hand to pick it up at today’s awards brunch, shown here in the first of my series of bad point-and-shoot snapshots from the event.

The $15,000 prize for best Canadian first feature went to Marie-Hélène Cousineau and Madeline Piujuq Ivalu’s Before Tomorrow, a drama about a strong Inuit woman and her beloved grandson, who become trapped on a remote island. 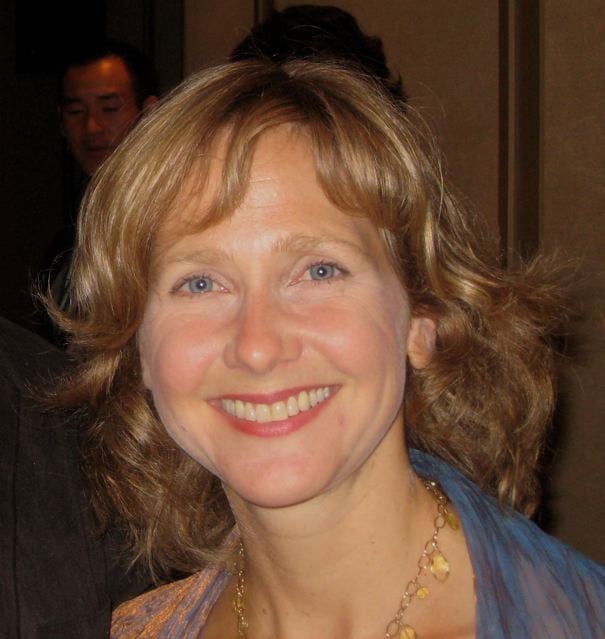 The $30,000 prize for best Canadian feature went to Rodrigue Jean’s Lost Song. about a mother of a new-born who goes to a remote summer cottage and tumbles into a spiral of depression. And what could be more Canadian than that? The jury called it “profound, masterful and devastatingly sad.” That choice seemed to surprise everyone. The most buzzed contender was Phillipe Falardeau’s C’est pas moi, je le jure!

For more details on these and other awards, go to the TIFF ’08 awards announcement.

I’m about to head off to the closing night’s pre-gala reception, then to finally see Slumdog Millionaire, which is screening at the Elgin tonight, with the public invited on a first-come, first-serve basis. But stay tuned, I’ve got my own TIFF awards to give out before I wrap. 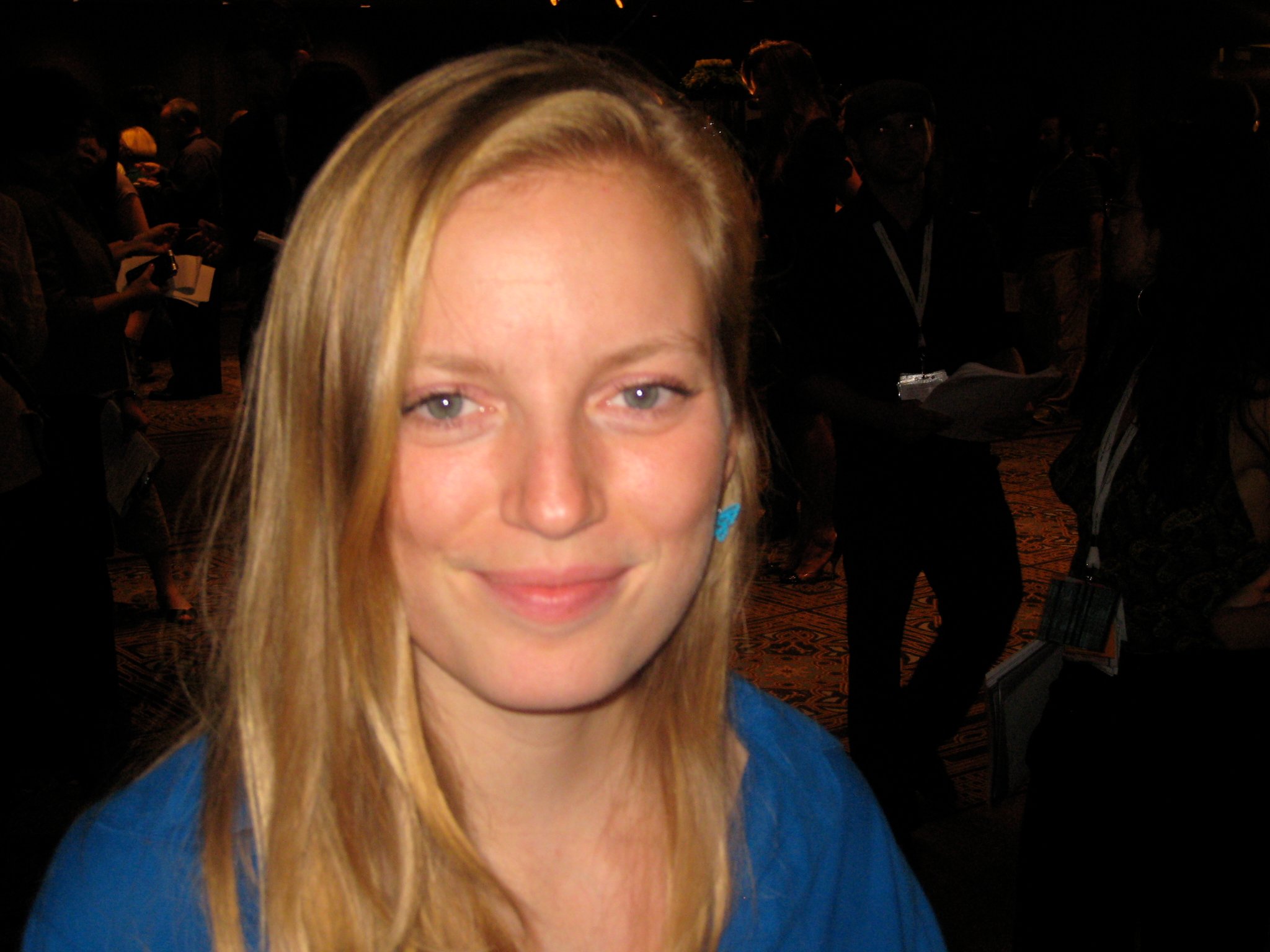