Inauguration Week is underway. The city was transformed yesterday into a big party. The “We are One” concert at the Lincoln Memorial — which actually stretched from the memorial to the Washington Monument, and spilled out all over blocks of downtown that were shut to traffic — had a relaxed, happy feeling to it. Out in the crowd, which the Washington Post this morning estimated at 400,000, the vibe was half kumbaya and half  disbelief. I was out interviewing people for a story I am working on and people kept telling me they still couldn’t quite believe that it was actually happening.

The partying was underway. There was balls in the evening — even a children’s ball in the afternoon. The driver who took me to a tv studio yesterday said he’d been driving around for 13 hours and still wasn’t done.

Today Martin Luther King day is being observed. Obama and Biden are encouraging people to mark the day by volunteering. There are some park clean-ups underway. Obama is having lunch with volunteers, attending a concert for the children of military families, and in the evening attending a series of “bipartisan” gala dinners — one in honour of John McCain, one for Colin Powell, and one for Joe Biden.

Here are some images from yesterday: 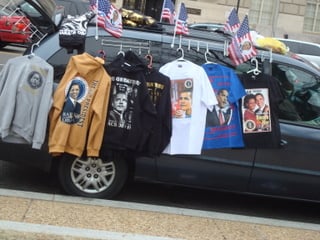 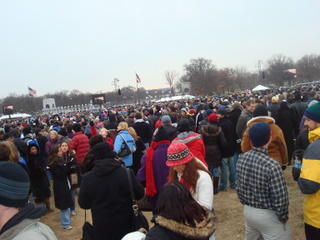 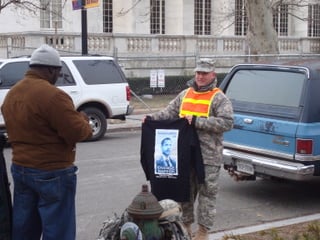 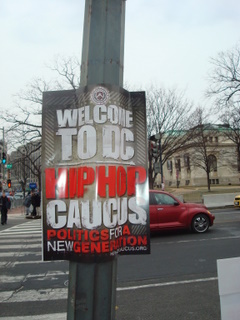 A ball just for kids: 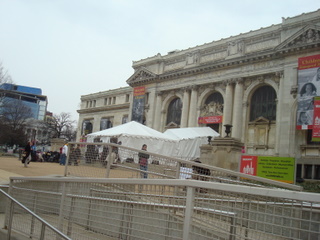 The Canadian Embassy decked out along the Pennsylvania Avenue parade route: 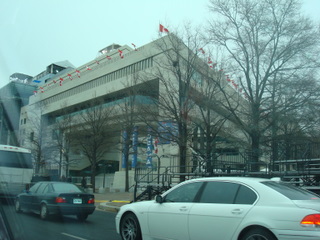 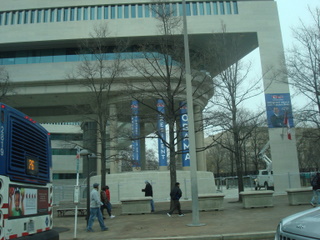 Canadian Ambassador Michael Wilson will have a great view from his office windows and terrace: 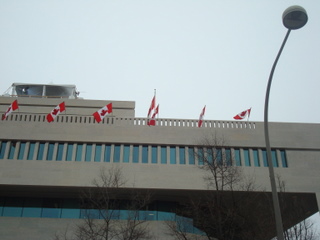