Some of your favourite shows—especially HBO dramas—are just a series of scenes, much like daytime soaps 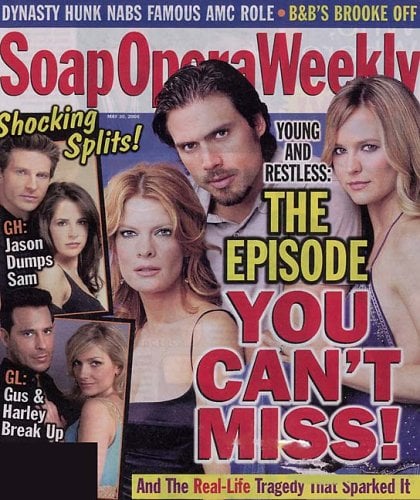 This is something I’ve touched on before, but I wanted to come at it from a slightly different angle. As I’ve argued in the past, many new shows — particularly on cable, but not only — use a variant of soap opera construction, where each episode is not really a full-fledged unit but a series of scenes, one after the other, usually alternating between different characters or groups of characters. Each scene is pointing forward to something, because each scene is part of a bigger story. But these shows often don’t use the construction familiar from movies or episodic TV dramas, where the early scenes set up story/character points that will pay off by the end of the episode. They’re supposed to pay off, but they may not pay off in that episode, or the structural relationship of the scenes might not become clear until you’ve watched for a few weeks. I call this soap opera construction because that’s exactly what soap operas do: they cut between different sets of characters, give them a chance to deliver some information or have a bit of conflict, and then move on to the next scene.

Different shows have different amounts of this approach, of course. Most broadcast network shows that aren’t literally soap operas have to incorporate some of the rules of episodic storytelling; they have to pace and structure the episodes in such a way that there’s a feeling of inexorable build-up to the end of the episode, even if nothing gets resolved. On basic cable, shows are often hybrids as well: Mad Men can be a soapy show but includes running bits or storylines that are unique to that particular episode.

The soap structure is most evident on premium cable, particularly HBO. True Blood, of course, is a prime-time soap opera and not terribly ashamed of it (not that it should be). But a lot of HBO shows are even soapier than True Blood in terms of the way the scenes play out, if not the content. I’ll have more on Boardwalk Empire later, but it is a show where the most important unit is not the episode, maybe not even the season, but the scene. Each scene has its own structural logic and its own tone, and the order of scenes often seems to be chosen less for plot momentum than for contrast: a scene with one tone is followed by one with a completely different style, setting and lighting approach. Not that the episodes don’t have their own logic as a whole, just that they don’t necessarily organize themselves as relentlessly as a self-sufficient episode; they linger on the scenes the way soaps do. Treme is the same way, only more so because it doesn’t have a whole lot of plot; the show often needs to hook us with the power of the scenes, and keep us guessing as to what type of scene is going to follow.

Since I’ve expressed my love of shows that give each episode its own identity, I think it’s important for me to acknowledge that these shows are doing something very similar, just in a different way. The episodes may not have a strong identity, but the scenes do. Again, this is very much like what a good soap opera does. People remember ongoing storylines in soaps, but they also remember individual scenes, and the storylines are to some extent a pretext for getting characters together so they can have the conflicts that make for spectacular scenes. Another soap opera standby is the scene where two characters, clearly in conflict with each other, meet but don’t have it out then and there — giving an ominous feel to everything they say and building tension for the inevitable conflagration to come. Again, this is something you’ll see a lot on the modern serialized show: a quiet scene that really isn’t so quiet at all.

This also explains, perhaps, why new viewers can jump into some of these shows even without knowing all the past story baggage. The episodes aren’t constructed so that people can just drop in, but the scenes are often built to be satisfying little dramatic units in themselves, like very short one-act plays. It’s harder to jump into a show with very short scenes that don’t seem to add up to much at first (which, it has been suggested, may be one of the things that kept The Wire from being popular). But when the show makes sure to include some long, tense or carefully-constructed scenes in an episode, that can be enough for newcomers to grab onto and enjoy.