Some of teen's statements turned out wrong, Miami court told 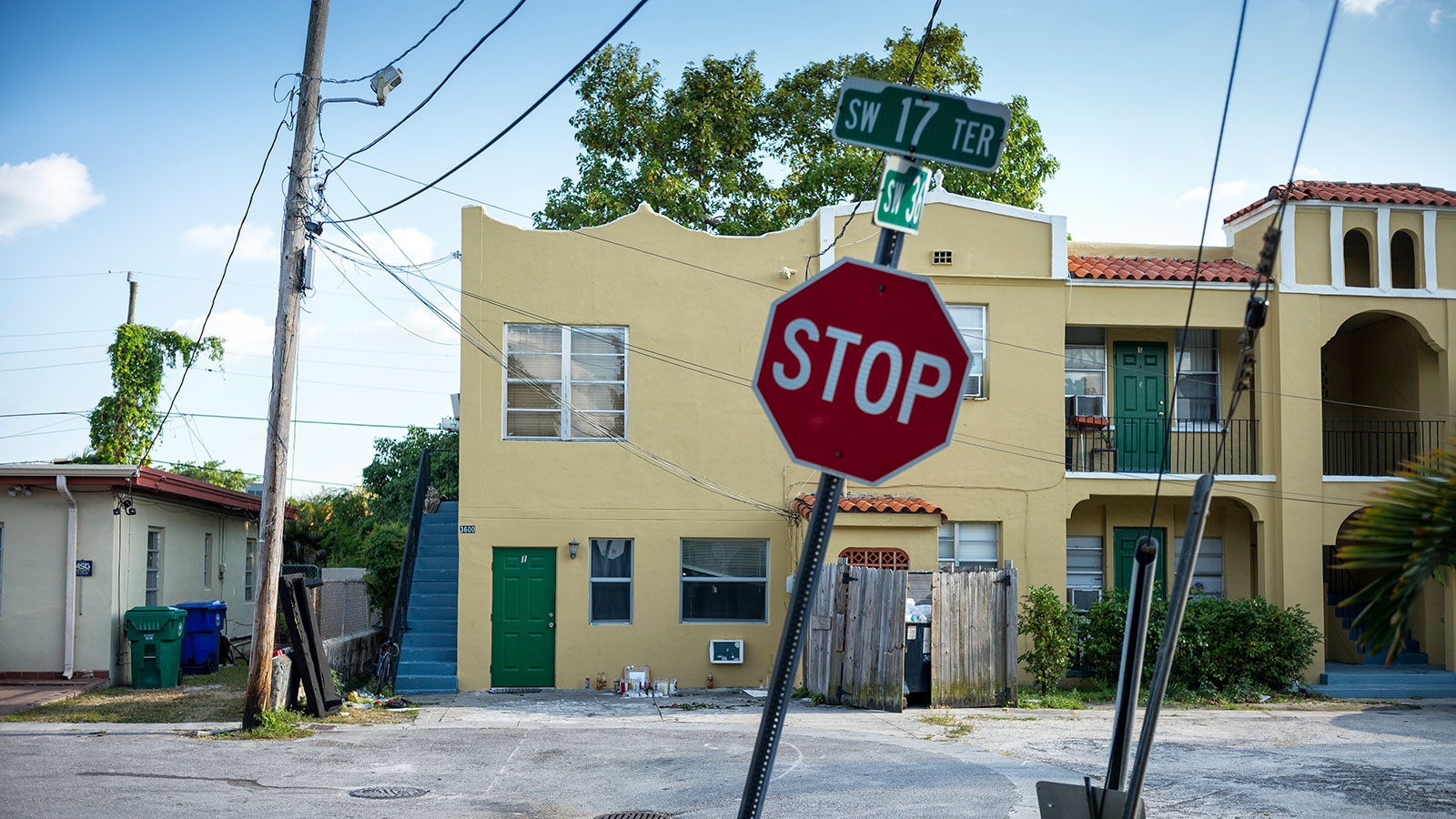 The neighbourhood in which the shooting took place.

MIAMI — It was only after a distraught teenager blurted out self-incriminating statements to a rookie police officer that he was charged with felony murder in a double killing that left his older brother dead, court heard Friday.

However, officer Juan Velez admitted in cross-examination that at least some of the most important details of what he said Marc Wabafiyebazu told him have since been shown to be wrong.

Those details include the teen’s apparent admission that he had sat behind the wheel as getaway driver while his older brother went inside to rob a drug dealer in an apartment on March 30 that ended in deadly gunfire.

In fact, surveillance video shows the teen, who had turned 15 just 10 days earlier and had never driven in his life, did not get into the driver’s seat.

“Is it possible that you got it wrong?” defence lawyer Curt Obront asked Velez.

“Could be,” Velez responded.

The patrol officer told the Ottawa youth’s bail hearing that he was called to a police depot to transport the teen to a detention centre for what at that point was a misdemeanour arrest. Wabafiyebazu, who had just learned that his 17-year-old brother had been killed, was emotional, court heard.

His mother, Roxanne Dube, who is Canada’s consul general in Miami, buried her face in her hands as the officer talked about how her son asked several times in vain to please call her. Before the hearing at which she is scheduled to testify, she wiped away tears, telling a reporter she was a bundle of nerves.

On the stand, Velez said he was touched by the teen’s plight and offered “positive words” of encouragement during the ride to the holding centre. He did not try to interrogate his back-seat passenger or read him his rights because he was not the arresting officer, Velez said.

“I was trying to cheer him up.”

Following the pep talk, Wabafiyebazu began blurting out a “stream” of incriminating statements Velez later recorded in an eight-line statement that led to murder charges filed against the teen.

“I know you’re a police officer. But everyone is going to talk, so I may as well talk,” Velez recounted the prisoner as saying.

Wabafiyebazu told the officer they had gone to rob a dealer of drugs, and that they had done this before on “numerous occasions.” His brother was smart and knew what he was doing, Velez said the teen told him.

“He says it was a job gone wrong. It wasn’t supposed to go like that.”

The youth said he was waiting in the car while his brother went inside. He heard gunshots, ran inside and saw his brother on the floor with two guns in his hands, the officer testified. Wabafiyebazu grabbed one of the guns and chased another man outside, Velez said he was told.

“He said he shot at the car,” Velez told court.

“Oh, so you didn’t shoot in the air?” the officer said he asked. “He nodded no.”

Velez was unable to explain exactly how he knew Wabafiyebazu had earlier told another officer that he had fired twice in the air in an effort to attract attention and help for his brother.

He was also vague about why his report made no mention of his question about shooting in the air — something he could not legally have asked without having read Wabafiyebazu his rights.

“I wrote that report very quickly,” the officer said.

Obront noted the conversation occurred while Velez was driving, and the statement the officer later gave was based on memory of what he was told.

Police allege that Jean Wabafiyebazu and Joshua Wright, 17, shot each other fatally during the botched robbery of dealer Anthony Rodriguez. They do not allege the younger brother shot anyone — or even threatened to shoot anyone — but Florida law allows for the murder charge if he was part of the armed robbery.