Woody Allen on death: "I'm strongly against it."

We’re always looking for trends in Cannes. Well, here’s one: I’ve seen six suicides in three movies within the span of 24 hours. Bummer. So as not to spoil anyone’s future viewing enjoyment, I won’t reveal exactly who killed themselves in which movies. But here’s the tally so far: a woman stepped off a building ledge; another leapt through a window; two guys in two different films threw themselves in front of trains; a girl hung herself; and finally, in a piece-de-resistance of self-annihilation, a woman hung herself and burst into flames all at once. Now there’s something you don’t see every day. I wouldn’t want to read too much into this mini-epidemic, but it makes me wonder if creative suicide is the art-house equivalent to the Hollywood car crash: the violent implosion. There’s still more suicide on the horizon. Tomorrow there’s a midnight premiere of Gilles Marchand’s Un autre monde (darkened to Black Heaven in English), a French film about an online femme fatale who coaxes folks to commit suicide—a phenomenon we’ve already seen in an ungainly Japanese movie called Chat Room. 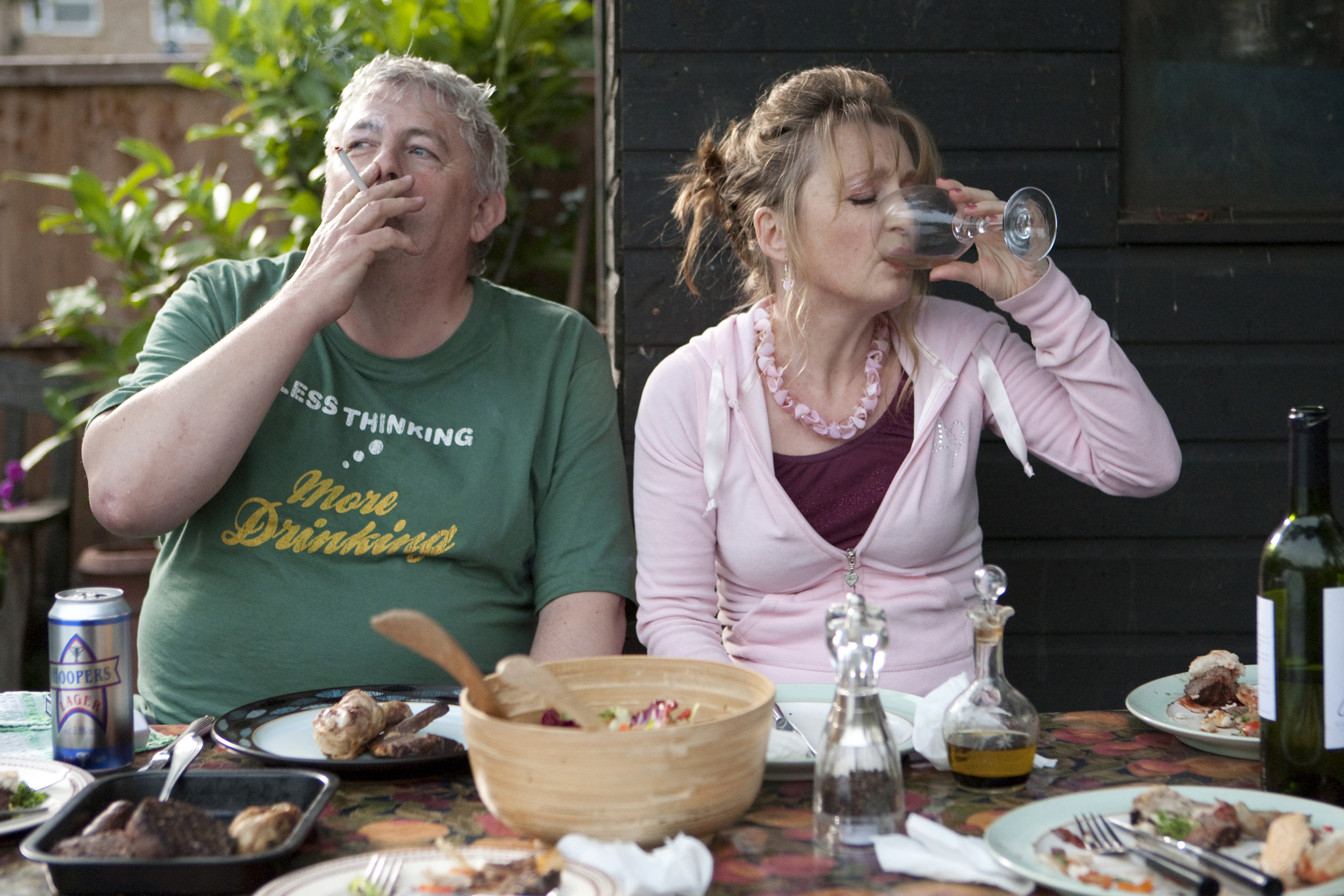 Today, the theme of depression—which matches the unseasonably chilly weather here—continued with a vengeance. This morning we saw back-to-back movies about messed-up, unloved Englishwomen—Mike Leigh’s Another Year and Woody Allen’s You Will Meet A Tall Dark Stranger. The Leigh film begins with a haggard Imelda Staunton begging a lady doctor for sleeping pills. She is referred to a lady psychologist, who asks her to rate her happiness on a scale of 1-10, and she says, “One.” In the Allen film, a matriarch swallows 40 sleeping pills in a failed suicide attempt after being dumped by a Viagra-popping Anthony Hopkins, who gets remarried to a gold-digging hooker (Lucy Punch). With no real plot aside from ultra-real relationships that unfold on a delicate knife-edge of wit and pathos, Another Year is a quiet masterpiece—a pitch-perfect study of the “quiet desperation” that, to quote Pink Floyd, “is the English way.”

Leigh has been refining this study for a long time, and here he distills it to the pure essentials. This deft ensemble piece revolves around a needy, flighty, middle-aged divorcee (Lesley Manville) who is desperate for love, and who clings to a happily married and infinitely tolerant couple (Jim Broadbent and Ruth Sheen). It’s a gentle yet ruthless portrait of common garden angst (as opposed to the existential French variety),  lubricated by dinner-party alcoholism. 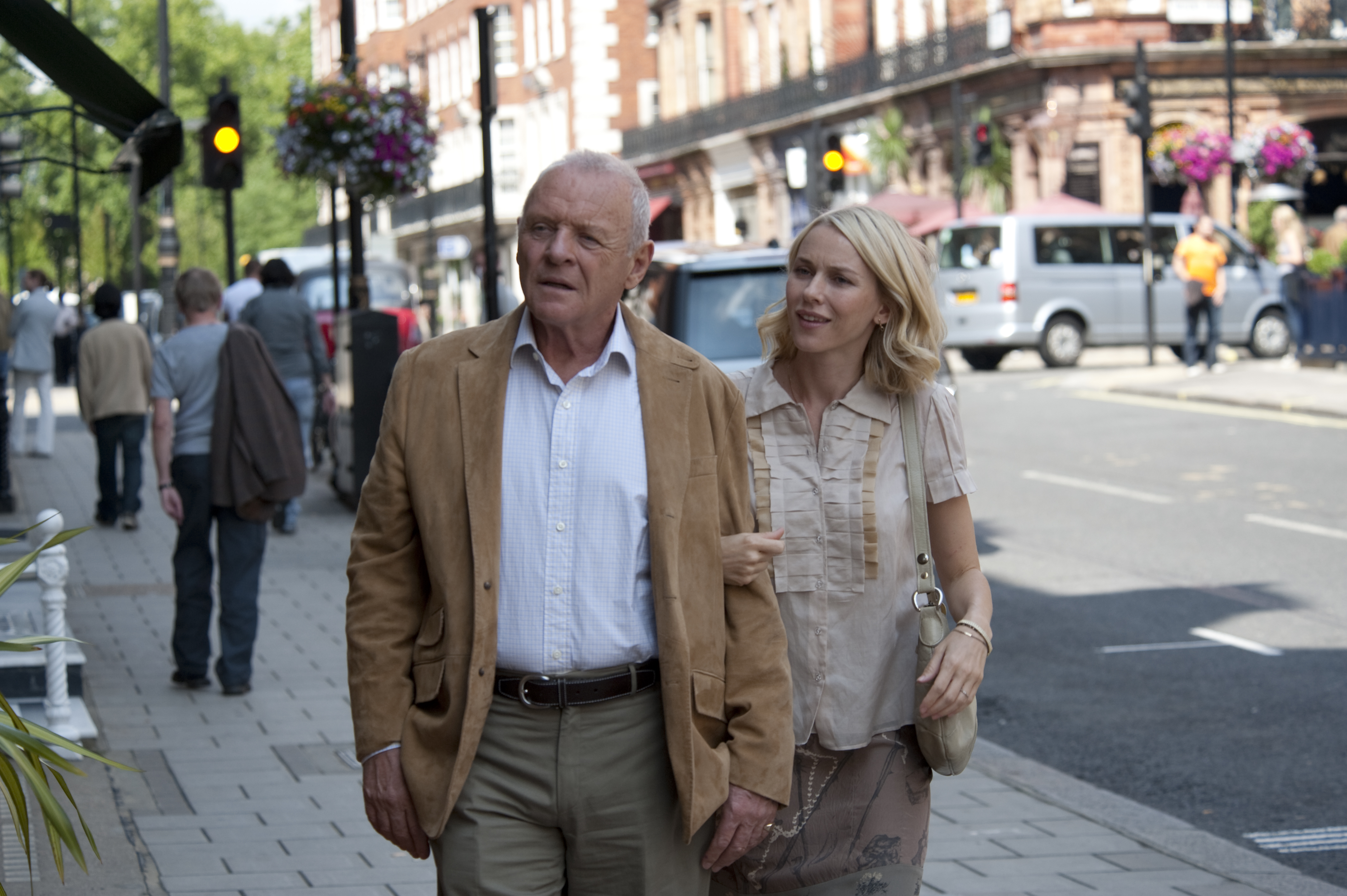 Viewed right after it,  Woody Allen’s buoyant confection comes as a tonic. It, too, involves a middle-aged divorcee, and it was a breeze to watch. But after Mike Leigh, Woody’s shameless contrivance seems awfully broad, as it jockeys between a parody of Viagra entitlement (Anthony Hopkins) and old-fashioned fantasies of adulterous lust (Naomi Watts, Antonio Banderas and Josh Brolin). The actors are a pleasure to watch. But in Woody Allen’s prolific canon, the film is average, just another gig from the compulsive auteur who makes a movie a year, rain or shine. He, in fact, could have used Mike Leigh’s title, Another Year.

Woody, meanwhile, did some sedentary stand-up at a Cannes press conference with his characteristic meditations on mortality:

“My relationship with death remains the same. I’m strongly against it. I find it a lousy deal. There is no advantage to getting older . . . I’m 74 now and you don’t get smarter, you don’t get wiser, you don’t get more mellow, you don’t get more kindly. Nothing happens. But your back hurts more, you get more indigestion, your eyesight isn’t as good and you need a hearing aid. It’s a bad business getting older and I would advise you not to do it if you can avoid it.” Relatively speaking, that’s a sunny outlook in this year’s Cannes: it does, at least, preclude suicide.