Infographic: Amanda Shendruk on the power of 140 characters

Activist investor Carl Icahn has been on Twitter for two months, but it took just two tweets in a single day for him to be credited with fuelling stock price movements worth nearly $17 billion—or $8.5 billion per 140-characters-or-less message.

Icahn’s first tweet, on Aug. 13, revealed he had a “large position” in Apple Inc., which he said was “extremely undervalued.” The same day, he tapped out another tweet that mentioned a meeting with CEO Tim Cook to discuss a share buyback. Apple’s stock jumped nearly 5 per cent. Last week, Icahn reiterated the same message in another tweet. “Tim believes in buyback and is doing one. What will be discussed is magnitude,” he wrote. (Apple shares remained mostly flat after that message.)

It’s most likely just a case of Icahn using technology to do what Wall Streeters have always done by “talking your book,” which refers to non-insiders touting their investments to the press or other investors. And there’s no material information being released, since Apple has already disclosed a $100-billion share buyback program. Even so, Apple shareholders might want to consider becoming one of @Carl_C_Icahn’s 70,000-plus followers—just in case he types something else that moves the market. 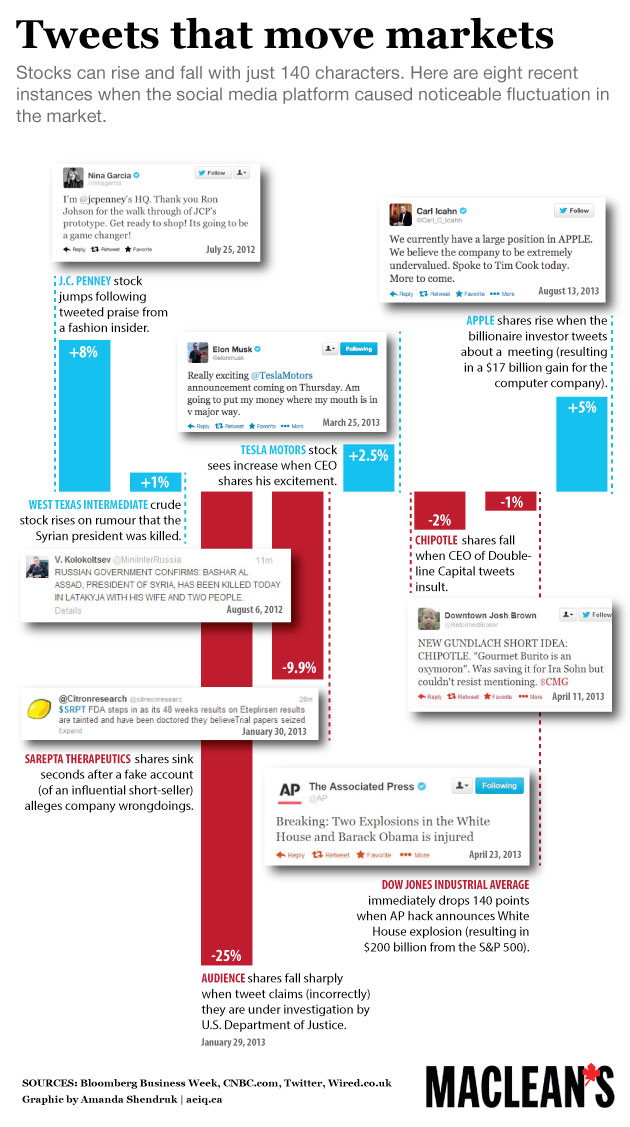