The 20 most expensive NHL arenas

How does Edmonton's $450M arena stack up? Check out Amanda Shendruk's graphic to find out

The City of Edmonton announced that the plan for a new Edmonton Oilers stadium is a done deal. 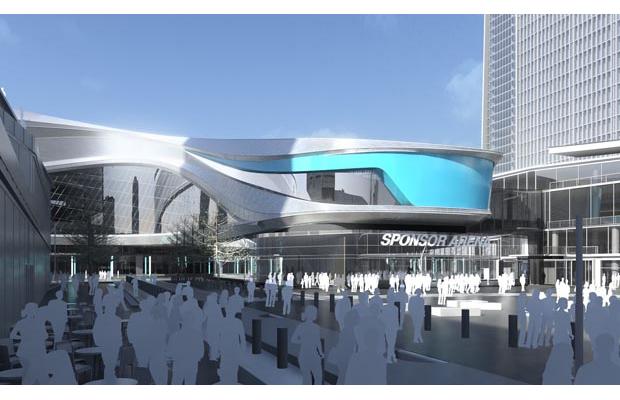 How does its $480 million price tag (with the cost of surrounding infrastructure the project is expected to reach $601 million) compare with recent construction costs of other NHL arenas? 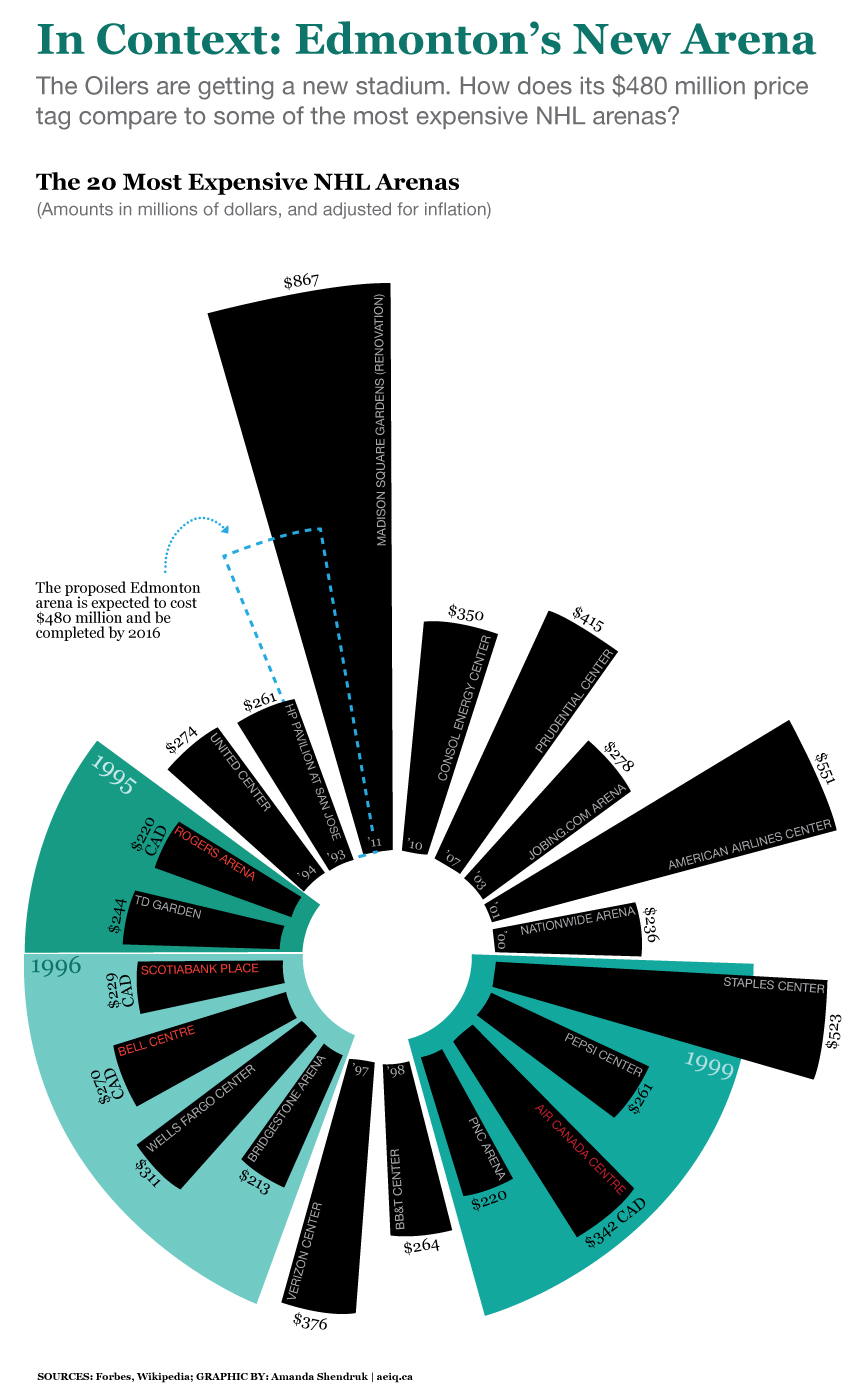 Note to readers: This is a corrected version. The previous version of the graphic was titled “Twenty Years of NHL Arenas” and incorrectly listed the Xcel Energy Center and the Scottrade Center in the top 20. The Bridgestone Arena and Rogers Arena have been added to the graphic.

FILED UNDER: NHL SHOW AND TELL