The beginning of the end for Rob Ford 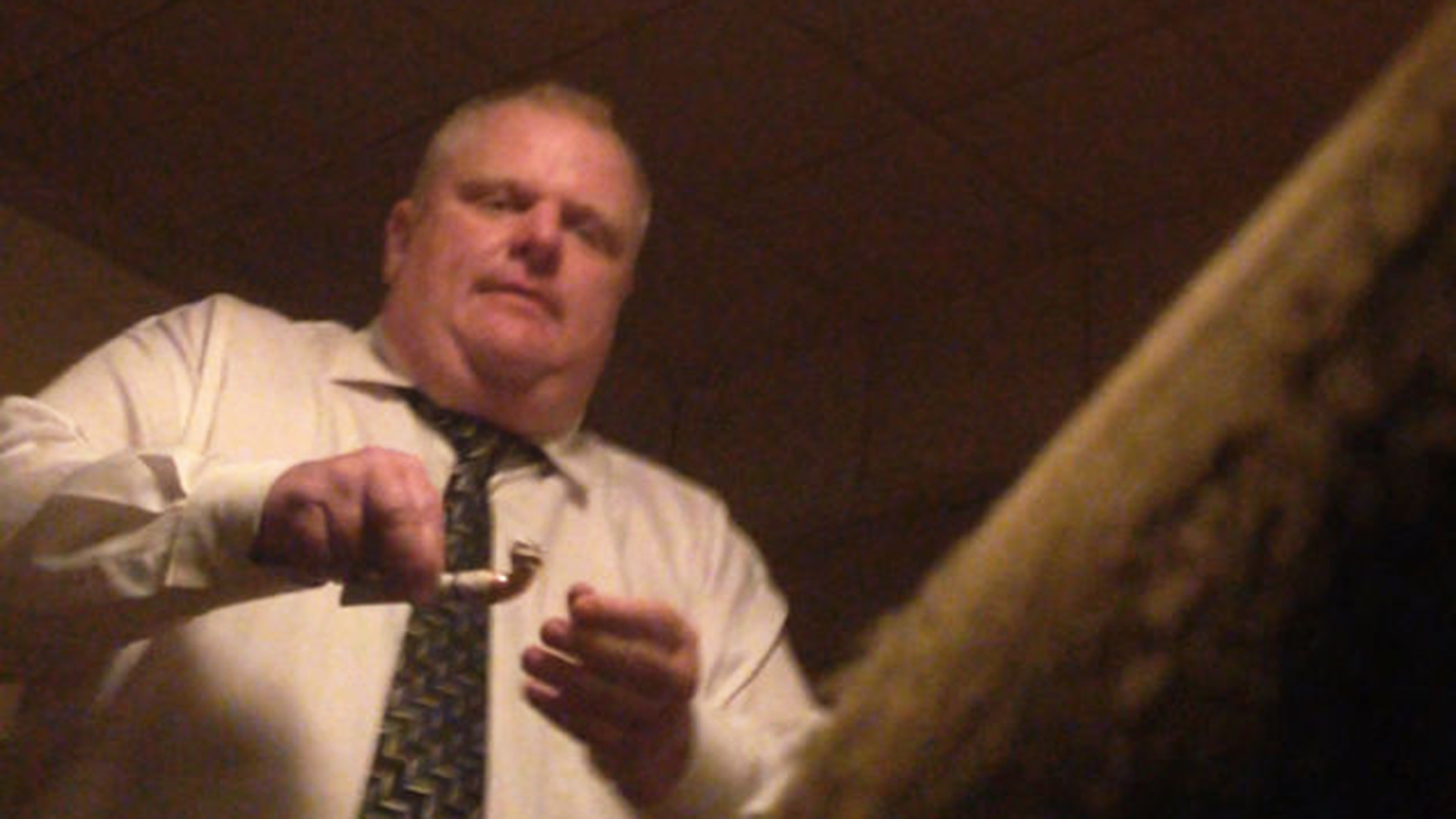 When Rob Ford kicked off his re-election campaign two weeks ago, his brother Doug reassured the crowd that the mayor knew he’d “made some mistakes.” But they’d not be repeated, the elder Ford insisted—Rob had made “changes in his life.”

Doug didn’t specify when this process of self-correction had occurred, or what it entailed. But if it took place at all, the cluster bomb that went off Wednesday night suggests it was nowhere near enough to save the mayor from himself.

Two more damaging recordings emerged, one a recently filmed video that reportedly shows Ford smoking crack; the other an audio tape of him drunk and ranting in highly crass terms about wanting to have sex with Karen Stintz, a fellow city councillor and opponent in  Toronto’s mayoral race.

The first calls into question Ford’s previous claims that he smoked the drug only once and is not a current user: the drug dealers who shot it say it was captured on Saturday in the basement of Ford’s sister Kathy’s home, according to the Globe and Mail, whose journalists have seen the clip. (The paper says it can’t verify that the substance in a small, brass pipe Ford is seen smoking is crack, but that the dealers who tried to sell them the footage told them it was.)

The second, obtained by the Toronto Sun, puts paid the Ford brothers’ frequent claims that Rob’s drinking is under control, and feeds the impression that he hides an inner creep—that his remark last fall about “having enough to eat at home” was no mere verbal slip.

Not to be left behind by competitors, the Toronto Star has published an account of a booze-and-cocaine fueled party night Ford is alleged to have enjoyed at a local club in mid-March, where he was teased by Justin Bieber.

Ford, 44, responded by telling the Sun he’ll take a 30-day leave from the campaign to obtain substance abuse treatment. Yet there was a growing sense Wednesday night that he won’t have much of a campaign to come back to, and that, at long last, we’re witnessing the beginning of his end.

Even before the latest revelations, after all, Ford was politically isolated—shunned by the conservative insiders whose sophisticated campaign had brought him to power. At least four members of his 2010 campaign team are now working for John Tory, chief among them Nick Kouvalis, the brash strategist who saw Ford’s potential as a blue-collar hero, and who stick-handled minor drinking and drug scandals that arose during that race.

And while the latest revelations might not dissuade the 20-odd per cent of Toronto voters who identify themselves as members of “Ford Nation,” those people are no longer terribly relevant to his political future. To win this time, Ford needs to woo back a sizeable portion of the 60 per cent now telling pollsters that under no circumstances will they cast a vote for the man.

Personally, I suspect even members of so-called “Ford Nation” will now feel betrayed. For months, they’ve defended his shenanigans, parroting his excuse that he “never claimed to be perfect.” Some openly enjoyed how Ford mocked the value system imposed by Canada’s political elite, because they believe those elite are cut off from the realities of their daily lives.

But now Ford is making fools of them, too. Who, after all, can defend a man who stands in a pub yelling disparaging things about his wife, and his desire to have sex with another woman? You can call it his personal life, but it pretty much explodes the idea of Ford as a fun-loving galoot—one of the good guys. More to the point, why waste a ballot on him? If he’s unable to stay straight long enough to assemble a viable campaign, what’s the point in his candidacy?

The miracle, of course, is that it went this far. As more than a few people pointed out on Twitter last night, one crack video should be enough to persuade any mayor that it’s time to get help. Yet Ford stumbled on, and given his stunning capacity to withstand humiliation, we can’t discount the possibility that he’ll be back in the mayoral conversation by summer.

That would either be a triumph or a catastrophe, depending on your politics. Or your taste for vicarious embarrassment.

But it doesn’t much matter, because Ford is unlikely to win, and because nothing about the latest eruption changes the ruinous sense of distrust and division he has exposed in Canada’s largest metropolis. For the past year, a good many Torontonians would have had him stay in office, crack pipe and all. The mayor might be self-destructive, but he’s merely a reflection of the city he leads.