The Commons: Eighteen attempts to explain the same story 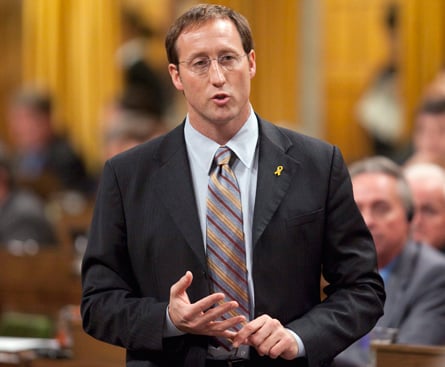 The Scene. Fewer Conservatives than usual chose to mockingly applaud Bob Rae when he rose to open Question Period this afternoon. Odd that.

“Mr. Speaker, the testimony yesterday of Richard Colvin before the Afghanistan committee showed two clear things,” Mr. Rae began, to groans from the Conservative side at mention of Mr. Colvin’s name.

“First, Mr. Colvin testified that he had information with respect to the mistreatment of prisoners in Afghan prisons and that he gave that information to his superiors. Second, Mr. Colvin testified that he was also told by his superiors to shut up, essentially,” Mr. Rae continued. “Given the importance of these two revelations, the revelations of mistreatment, harsh treatment and even torture and the revelation with respect to a cover-up, would the minister not agree with me and with others that there should indeed be a full public inquiry into what has taken place with respect to the transfer of these detainees?”

Across the aisle, Peter MacKay furrowed his brow, thrust his left hand in his pocket and commenced with the first of his 18 attempts to explain.

“Mr. Speaker, it has been stated here a number of times that there has not been a single, solitary proven allegation of abuse involving a transferred Taliban prisoner by Canadian Forces. Second, with respect to the evidence yesterday, what we know is that when the evidence is put to the test, it simply does not stand up,” he offered. “Mr. Colvin had an opportunity to speak directly to me and other ministers of the government who were in Afghanistan. He did not raise the issue. As well, what is being relied upon here is nothing short of hearsay, second- or third-hand information, or that which came directly from the Taliban.”

That Mr. Colvin’s credibility would be an issue for Mr. MacKay is perhaps confusing, seeing as how Mr. Colvin remains sufficiently fit, at least in this government’s judgment, to serve as the deputy head of intelligence at this country’s embassy in Washington, DC. Mr. Rae took note of this.

“Instead of tackling the problem,” he said, “the government is attacking Mr. Colvin.”

Mr. MacKay sought to explain. “Mr. Speaker, let me be very clear,” he said. “Nobody is attacking the individual.”

In the next breath, this. “What we are attacking here is the importance of the credibility of information that the Canadian public and a parliamentary inquiry is being asked to accept,” the Defence Minister advised. “I think that even the honourable member, who purports to be a lawyer, does know a little bit of something about due process. This is evidence that is being asked to be accepted without question. It is based on second- and third-hand information and Taliban information.”

It is apparently not, then, that Mr. MacKay thinks Mr. Colvin to be inherently flawed, only that Mr. Colvin is perhaps monetarily struck with profound gullibility and delusion. But not so grievously struck with such afflictions, mind you, that Mr. MacKay’s government so far sees fit to remove him from a seemingly sensitive position in perhaps the most vital foreign embassy this country possesses.

With that clarified, the proceedings moved on with questions from Ujjal Dosanjh and Gilles Duceppe. From across the room, Heritage Minister James Moore appeared to heckle Mr. Dosanjh with the name of “Allan Cutler.” Mr. Cutler is known as a whistleblower who exposed the Liberal government’s so-called Sponsorship Scandal. It is unclear if Mr. Moore meant to imply an analogy.

“When it comes to the prisoners and the treatment of Taliban prisoners, when it comes to their justice system, we have invested over $132 million to improve that system,” Mr. MacKay testified in response to a question from the Bloc leader. “I am very proud of the fact that we have dedicated soldiers, civil servants, individuals who are working closely with the government of Afghanistan, as challenging as that is, to see that we improve its capacity. We will continue to do so. That is the real work that is being done. This is a witch hunt.”

Fair enough. This government, for instance, has committed $7-million to the Afghanistan Independent Human Rights Commission. And in a report released earlier this year, the AIHRC declared that “torture is a commonplace practice in Afghanistan’s law enforcement institutions.” It is unclear whether that charge represents real work or a witch hunt.

“Again, Mr. Speaker, here is the truth,” Mr. MacKay said in response to another question from Mr. Duceppe. “We inherited an inadequate transfer arrangement. We inherited a situation that was very difficult with respect to the handling of Taliban prisoners.”

Fair enough. Except that Mr. MacKay’s predecessor as Defence Minister, current government whip Gordon O’Connor, told the House in April 2006 that the government was “quite satisfied” with that agreement. A year later, amid allegations of torture in Afghanistan, the Prime Minister told the House that its agreements were “operating as they should.” Only a few days after that was a new agreement deemed necessary.

His desk covered with bits of paper, Mr. MacKay endeavoured to explain himself further in response to a question from Ralph Goodale. “Let us be clear, the reality is two and a half years ago we acted on credible evidence,” he said. “We acted on concerns that were being expressed from a number of sources. We invested in the system and, let us be clear, it was because of the concerns that were being expressed by Colvin and others that we did so.”

Fair enough. Except, a month ago both Mr. MacKay and Mr. O’Connor both denied hearing of Mr. Colvin’s concerns.

Marlene Jennings pursued a new point, Mr. MacKay provided a new answer. “Mr. Speaker, I do not want to turn this into a procedural argument,” Mr. MacKay demurred. “Clearly the reality is there was no evidence, none, zero. No credible evidence to suggest that a Taliban prisoner transferred from Canadian Forces was ever abused.”

So there was evidence. At least at some point. Credible evidence even, maybe. Of something. Just not abuse.

After 16 consecutive questions, the House pursued other matters. Then back to the matter of Mr. Colvin.

The NDP’s Paul Dewar again asked the Defence Minister to pursue a public inquiry. Mr. MacKay pretended not to notice. The NDP’s Jack Harris gave it a go. “A public inquiry would give an objective evaluation of the facts, the evidence and the systems now in place, not a charade, like yesterday’s shameless attack by Conservative MPs and now the minister,” he ventured.

One final time to Mr. MacKay. “What is a charade, Mr. Speaker,” the Minister said, “is someone who purports to be a lawyer saying that we should just accept evidence without any test, any process whatsoever that questions what is happening.”

It might seem that Mr. Harris and Mr. MacKay are in agreement. Except, of course, that they are not.

The Stats. Afghanistan, 18 questions. The environment, six questions. Ethics, four questions. Forestry and taxation, two questions each. The economy, Israel and air travel, one question each.