The Commons: In joyful strains then let us sing, Advance Australia Fair - Macleans.ca 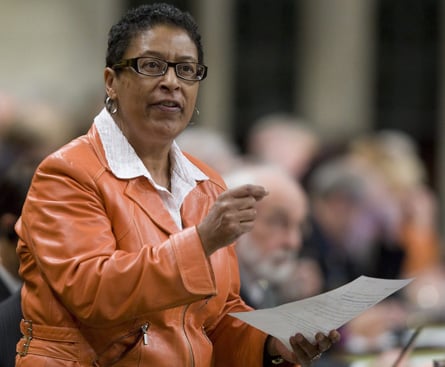 The Scene. Like a young man on the verge of a break from school—and indeed the House will not be in session next week—the Prime Minister seemed lighter this day. Rising from his seat before Question Period, he stopped by to visit with John Baird and Chuck Strahl, the three demonstrably laughing at something or other the Prime Minister had to say. Returning to his spot, Mr. Harper chuckled with Lawrence Cannon about something on Jim Prentice’s BlackBerry.

Yes, indeed, all was fun and frivolous. And then Bob Rae stood up.

“Mr. Speaker, we now know that more than half of the vaccines that have been produced are in fact in storage and not in people’s arms,” the Liberal reported. “Experts are also telling us that the peak of the epidemic is expected to be at the end of November and not at Christmas, so I would like to ask the Prime Minister this: What exactly is going to change to ensure that Canadians in fact are inoculated before the end of November?”

The Prime Minister rose to respond, appearing largely unperturbed by Mr. Rae’s suggestion that something was amiss.

“Mr. Speaker, once again, as I said yesterday, the provision of the vaccine has been, at this point, quicker than the ability of the provinces to actually distribute it. I know they are focused on those challenges,” he stated. “There is a list of recommended high-priority groups. Those are the people who should be getting the vaccine first and, obviously, governments at all levels are working together to ensure that that happens.”

Mr. Rae was unconvinced, turning to face and engage the Prime Minister emphatically and directly.

“Mr. Speaker, it simply is not possible to say that the same old is working or that the plan in fact is beautiful and nothing needs to change,” he ventured. “The evidence is very, very clear that it is going to require the inoculation of a million Canadians a day in order to get Canadians inoculated before the peak really hits at the end of November, so I ask the Prime Minister again: What exactly is going to change in order to produce a plan that will in fact work for Canadians?”

The Prime Minister was not about to let this spoil his day.

“Mr. Speaker, once again, this is by far the largest and quickest vaccination program the provinces have ever attempted in this country. They are rolling it out. They are adjusting as they experience various difficulties and challenges,” he offered. “We obviously urge people to be patient, to listen to the health authorities, and of course Canada’s plan, the availability of vaccine, is far higher in Canada than anywhere else and we continue to urge people to follow the instructions of their health authorities.”

Mr. Rae was exceedingly polite in response. “Mr. Speaker,” he testified, “the Prime Minister is saying things that are not quite accurate.”

Marlene Jennings was exceedingly otherwise a moment later. “Wrong, Mr. Speaker!” she cried, wagging the finger of shame in the Prime Minister’s direction. “Australia has the highest per capita in the world, not Canada.”

“Mr. Speaker, Canada is well-positioned to respond to this pandemic,” Leona Aglukkaq, the Health Minister, assured in response. “We have been working with the provinces and territories for the last eight months and we were rolling out our vaccine sooner than expected. The provinces and territories started to roll out their vaccines last week, and in fact some jurisdictions will be done vaccinating their population next week, so most of the vaccine is being rolled out.”

Once more to Ms. Jennings. “Wrong, Mr. Speaker!” she cried again, her index finger once more unfurled. “China is rolling it out faster than Canada.”

Though an interesting rejoinder to points made earlier this week, China’s efforts did not seem particularly relevant to the Minister’s remarks here.

“The Prime Minister is failing to provide leadership or to allocate the dollars and resources needed to manage this crisis. The provinces need help to pick up the pace in vaccinating Canadians: more personnel, more vaccination sites, longer hours,” Ms. Jennings continued from the second row. “Why does the Prime Minister not step up to the plate, show some leadership and compassion for Canadians and help our provincial partners? He has the money, the resources, and he got a clear mandate from this House yesterday to do it.”

To the chagrin of Tony Clement’s many fans, the government let Ms. Aglukkaq take this one, too.

“Mr. Speaker, again, six million vaccines have been distributed to provinces and territories. Approximately two million more will be distributed next week and adjuvanted was also distributed to Canada,” she said. “Currently Canada has more H1N1 vaccine per capita.”

“That is the fact,” Ms. Aglukkaq continued, undaunted. “Vaccine is being distributed as quickly as possible to the provinces and territories and every Canadian who wants to receive the vaccine will be able to do so.”

But surely, unless you’ve spent the entire week in a vaccine line, you’ve heard this much before. When next this discussion resumes, one can only hope the numbers are even more impressive, the reassurances at least freshly worded. Indeed on such potential can we all walk lightly into the break.