The Commons: What we’re not talking about

And how it somehow came to involve George W. Bush 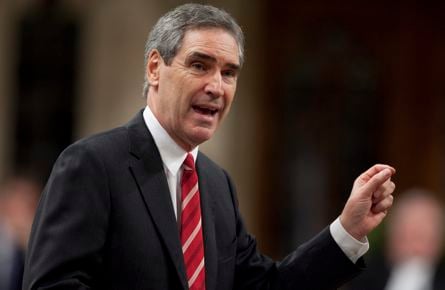 The Scene. The phrase is perhaps less rhetoric than art: its meaning entirely up to the beholder.

“We are not opening the abortion debate,” the Minister for International Development declared last Thursday.

“We do not wish to debate abortion in this place or elsewhere,” the Prime Minister seconded.

In the weeks since the Prime Minister announced an intention to deal with maternal and child health in the developing world, his government has struggled some to explain precisely what it means by that. When the leader of the opposition pressured the government side to confirm that a “pro-choice consensus” would be followed, the Prime Minister’s spokesman declared that the plan had nothing to do with abortion, gay marriage or capital punishment. Two weeks later, Bev Oda’s office declared that “family planning” would have nothing to do with it. A month after that, the Foreign Affairs Minister announced that access to contraception was most certainly out.

At that point, suddenly seeming to be at odds with international allies it intends to rally to this cause, the government side apparently decided it should stop explaining what wouldn’t be in its plan. And so Ms. Oda was sent up in Question Period last week to announce that the government would not be “closing the door on any options that will save the lives of mothers and children, including contraception.” No clarification was provided as to doors leading to gay marriage and the death penalty, but abortion was given its own clause.

“As we have been saying all along,” she said, “we are not opening the abortion debate.”

Here, if you desired it and were looking for it, was appeasement. Indeed, if you are generally supportive of the country’s current laws and policies in regard to abortion, here was an opportunity to believe, with some precedent, that the Prime Minister intended in no way to upset the status quo.

Unpersuaded though is the official opposition.

“Mr. Speaker, the Prime Minister keeps changing his story on maternal health and family planning at the forthcoming G8 summit. First, he said no to family planning. Then he said yes. Then maybe. Nobody actually knows where the government is,” Michael Ignatieff reviewed with his first opportunity this afternoon.”Now is the time for clarity. Will the Prime Minister support the Liberal motion now before the House? It reaffirms the Canadian position maintained over the last 25 years. Will he support the motion, yes or no?”

The Liberal motion in this case is two paragraphs of policy and one paragraph of tangential nonsense. And it is on this third paragraph—and the derisive reference to a former American president whose policy in this regard has since been officially reversed—that the government has happily seized as cause enough to dismiss the motion in its entirety.

“Mr. Speaker, the government’s initiative on maternal and child health is very clear,” the Prime Minister pronounced in response to Mr. Ignatieff.

“Yes or no!” demanded a Liberal voice.

“Our objective of course is to work with our partners around the world to do many things that can be done, at reasonable cost, to save the lives of women and children,” the Prime Minister continued. “We are looking at a range of options in that regard. Obviously, we will take the best scientific advice.”

Turning to the Liberal motion, Mr. Harper suggested that even one Liberal was unimpressed. “I would encourage the Liberal Party,” the Prime Minister helpfully offered, “to worry about saving the lives of mothers and children and not about playing petty politics.”

Mr. Ignatieff stood here and paused, as he is often willing, to explain himself. “Mr. Speaker, the issue here is the consistence and coherence of Canadian policy over the last 25 years,” the Liberal leader clarified. “Does he support or does he reject that policy? Our motion calls for the government to fund all family planning options. That has been the policy of Liberal and Conservative governments over 25 years. It is what the government itself agreed to in the G8 communiqué, last year.”

Across the way, the Public Safety Minister shouted his concern. “Anti-Americanism! Anti-Americanism!” he cried, momentarily forgetting that it is this government’s official position that Mr. Ignatieff is, in fact, too stridently pro-American.

“Why,” Mr. Ignatieff asked, “did the Prime Minister sign that communiqué if he had no intention of keeping his word?”

“Mr. Speaker, of course, we will be keeping our word as we go forward with this initiative. The real issue here is the Liberal party and the leader of the Liberal party trying to be too clever by half and now he has divisions even in his own ranks on that issue,” Mr. Harper responded. “The fact of the matter is, Canadian people want to do what they can, cost-effectively, to save the lives of mothers and children. They are not interested in reopening abortion. They are not interested in playing petty politics in the United States.”

Sometimes, of course, a painting of a tree is nothing more than a painting of a tree. And in this case, it might be best to take the Prime Minister at his word. He is not interested in reopening the debate—if it can really be considered closed—on abortion. He would rather not be compelled to discuss abortion here or anywhere else.

Meanwhile, there is this: though the government’s preexisting commitment to maternal health has included funding for the International Planned Parenthood Federation, a three-year commitment to the IPPF expired at the end of 2009. Planned Parenthood, which explicitly includes access to safe abortion in its program, requested in the middle of last year that the funding arrangement be renewed. Checking in with the federation today, it seems that it is still waiting to hear back from this government.

That may mean something. That may mean nothing. Either way, we are apparently not meant to talk about it. Instead, by day’s end, the House will have at least passed judgment on the contraception policy of George W. Bush.