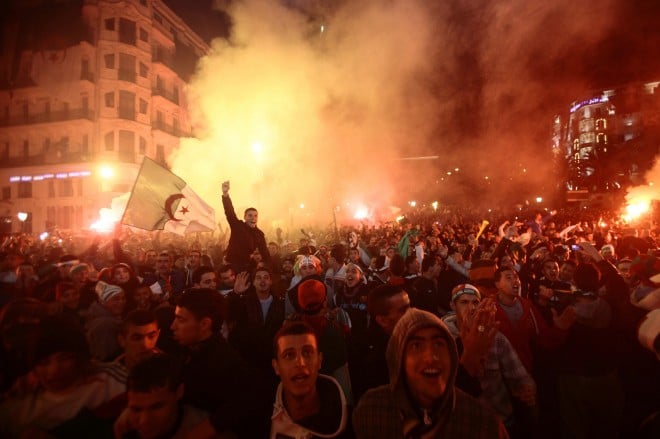 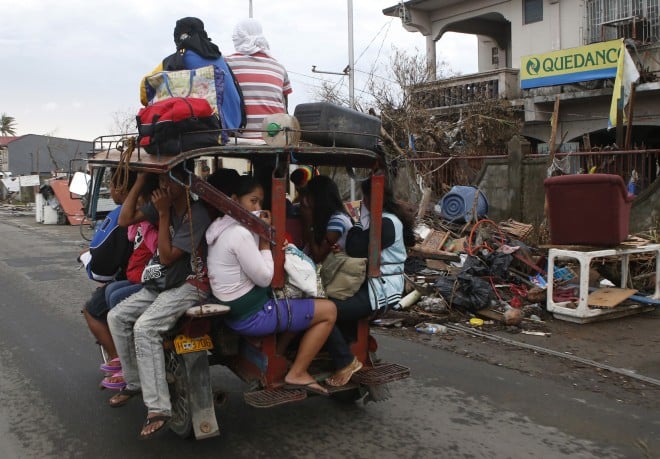 Typhoon survivors hoping to leave battered Tacloban by a military mercy flight bound for Manila, ride on a tricycle in the city in central Philippines. Erik De Castro/REUTERS 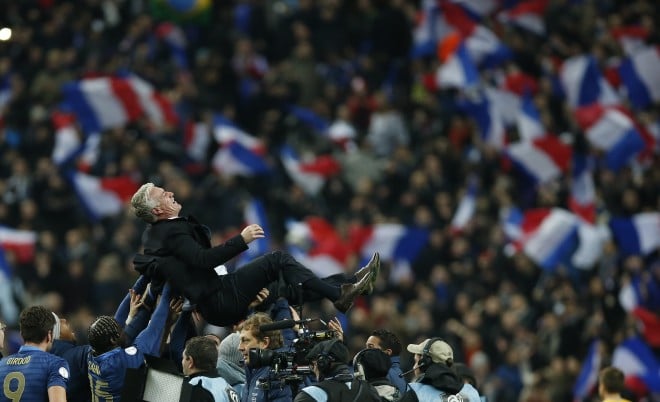 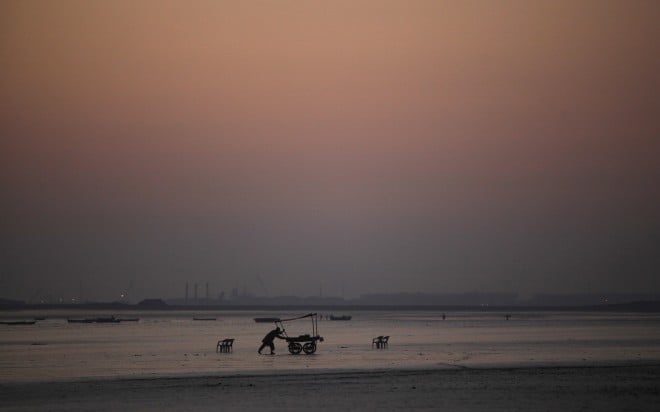 A man is silhouetted as he sells corn from his push cart during dusk hours along Karachi’s Clifton beach. Akhtar Soomro/REUTERS 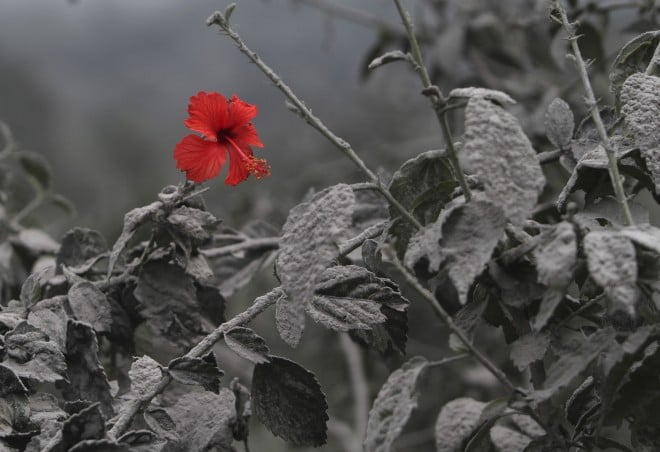 A hibiscus flower is seen on an ash-covered plant at Mardingding village in Karo district, Indonesia’s north Sumatra province. The volcano continued to emit volcanic ash on Monday, throwing an 8,000m (26,247 ft)-high plume into the atmosphere. Roni Bintang/REUTERS