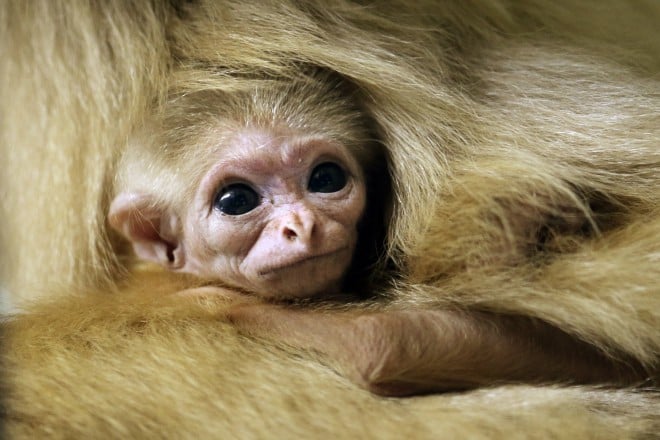 A white-handed gibbon, yet to be named, clings to his mother  24-year-old Phoenice at the Philadelphia Zoo. The new arrival was born Nov. 2, 2013 and the species is considered endangered. Matt Rourke/AP 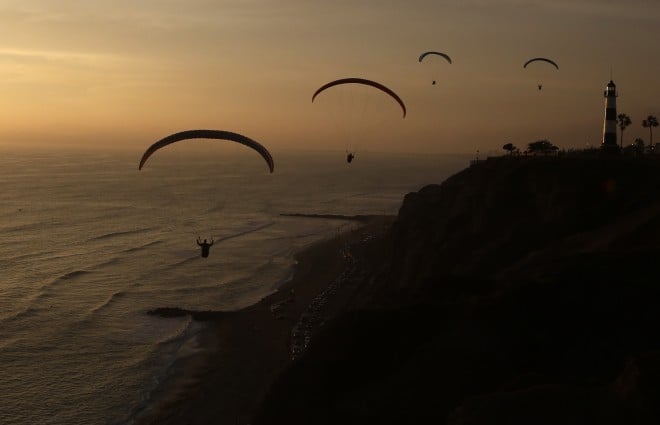 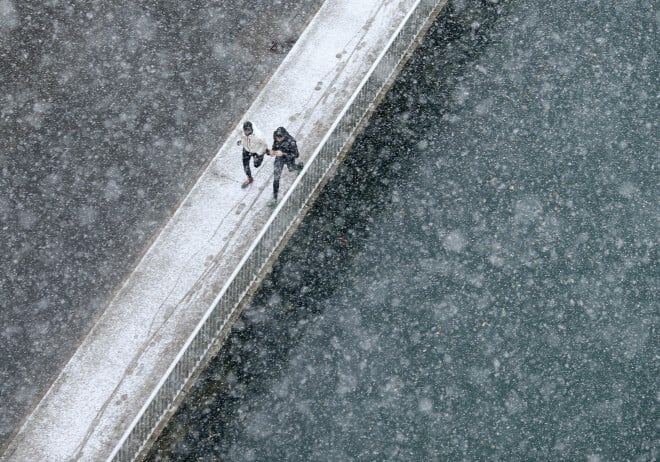 Two joggers run along the embankment of the Aare river during the first snowfall in Bern. Ruben Sprich/REUTERS 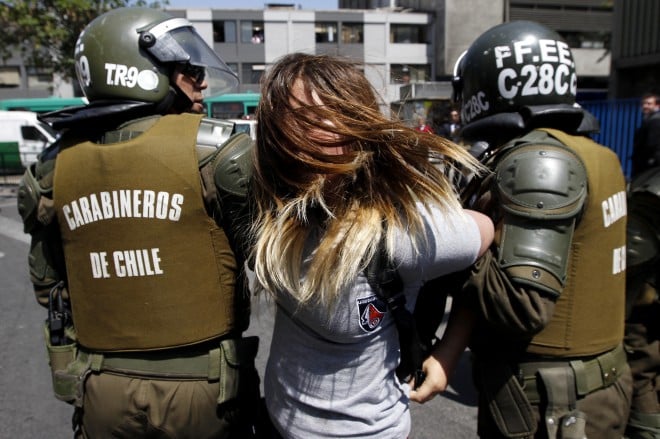 A student protester is detained by riot policemen during a demonstration demanding changes in the public state education system in Santiago, Chile. Ivan Alvarado/REUTERS 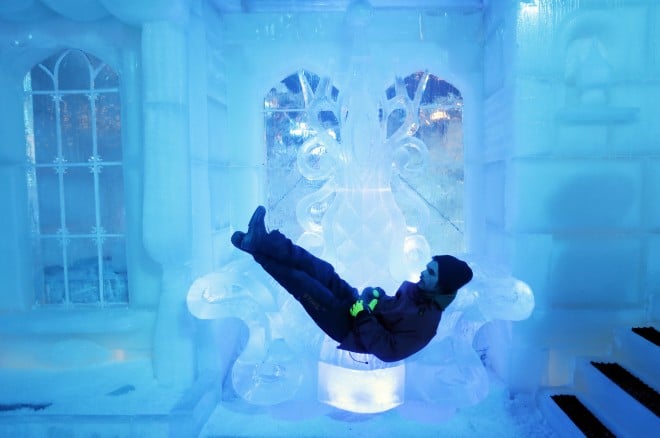 Sculptor Sven Morawietz of Germany pauses on his throne sculpture based on Disney’s newest movie “Frozen” at the Snow and Ice Sculpture Festival in Bruges. Francois Lenoir/REUTERS